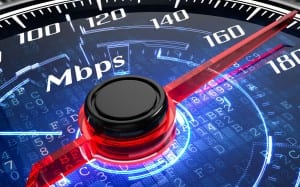 Nokia has been tapped to upgrade the final drop on NetCologne’s FTTB network from VDSL2 to G.fast.

It means that residents of the 30,000 premises currently served by NetCologne’s infrastructure will soon have – theoretically at least – access to 1-Gbps broadband.

Under the contract, Nokia will supply its Lightspan SX G.fast distribution point. In addition, it will also provide an SDN-based access controller, which simplifies provisioning, and improves automation – all of which makes the network less expensive to run. Finally, NetCologne will also deploy Nokia’s GPON optical line termination (OLT) solution, which supports higher throughput and will therefore help the telco deliver that eye-catching connection speed.

“Nokia delivered a highly customisable solution that is ideal for the next step in our network plans: bringing gigabit connectivity cost-effectively into buildings,” said Horst Schmitz, head of technology at NetCologne, in a statement. “On top, the cloud platform improves our automation capabilities today and for any future devices added to the network over time.”

Nokia’s president of fixed networks, Sandra Motley, said the deal makes NetCologne “a first-mover in the market with SDN-enabled G.fast, which will strenghten its competitiveness. Nokia’s software-defined portfolio enables NetCologne to advance into the cloud era with more agile, manageable and programmable broadband networks.”

It’s a timely announcement because interesting moves are afoot in the German broadband market.

In addition, Deutsche Telekom and Telefónica Germany recently extended their wholesale partnership to include FTTP. The revenue generated from this deal will enable the incumbent to ramp up its FTTP rollout ambitions.

All this activity should help Germany claw its way up the FTTP league table.

Code-execution flaw in VMware has a severity rating of 9.8 out of 10

The .NET patch failure that wasn’t