Home Business Nokia appears to be gaining share as it hits 100 5G deal... 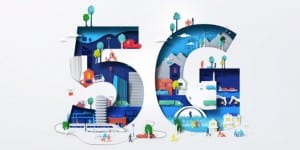 Finnish kit vendor Nokia is on a solid run of winning 5G business, with 17 new deals in Q3 taking it to the 100 mark, just nine short of Ericsson’s total.

Probably the most important public narrative for Nokia right now concerns any evidence that it’s making up for time lost mucking about with FPGA networking chips and that sort of thing. Consequently Nokia is taking every opportunity it can to shout from the rooftops every time an operator gives it the vote of confidence.

Both Nokia and Ericsson now have websites that keep a live tally of their 5G deal wins, with Ericsson’s revealing it still leads Nokia with 109. 11 months ago, however, when Nokia made a similar announcement about hitting 50 wins, Ericsson was at 76. This means Nokia has revealed 17 more 5G deals in that time than its great Nordic rival.

The last time Huawei made such announcement was February of this year, when it put the tally at 91. It doesn’t have an equivalent website to the other two and, for some reason, has gone quiet on the matter of 5G deal wins since then. It must have won a few, though, so we’re going to go ahead and assume it has passed the 100 mark too.

“We are thrilled to have passed this 5G milestone,” said Tommi Uitto, President of Mobile Networks at Nokia.  “We know we still have work to do and that the market remains highly competitive. But, we are moving fast – and these wins make it clear that our progress is being validated by customers. We deeply appreciate their ongoing support and are committed to delivering for them.”

It’s important to stress that these are very unqualified numbers, which only reveal one small part of the total 5G competitive landscape. Huawei’s Chinese wins, for example, are of a completely different order of magnitude to Nokia’s Finnish ones. Also, Ericsson is involved in almost twice as many live networks as Nokia. And what, for that matter, is a ‘commercial 5G deal’ anyway? Would it count if you just flogged one 5G base station or merely had a trial?

Nearly all 5G deal wins involve a 4G customer renewing their relationship with the vendor for 5G, so a far more significant competitive achievement involves taking market share at a customer from a competitor, as Nokia is doing with BT, albeit with a bit of help from the UK government. So, while announcements like this make for easy PR wins, they should be taken with a big pinch of salt in the great scheme of things.

A coronavirus survival strategy for your startup

Free Technology for Teachers: How to Create Your Own Educational Games With TinyTap