Home Business My impressions of the Call of Duty: Black Ops — Cold War... 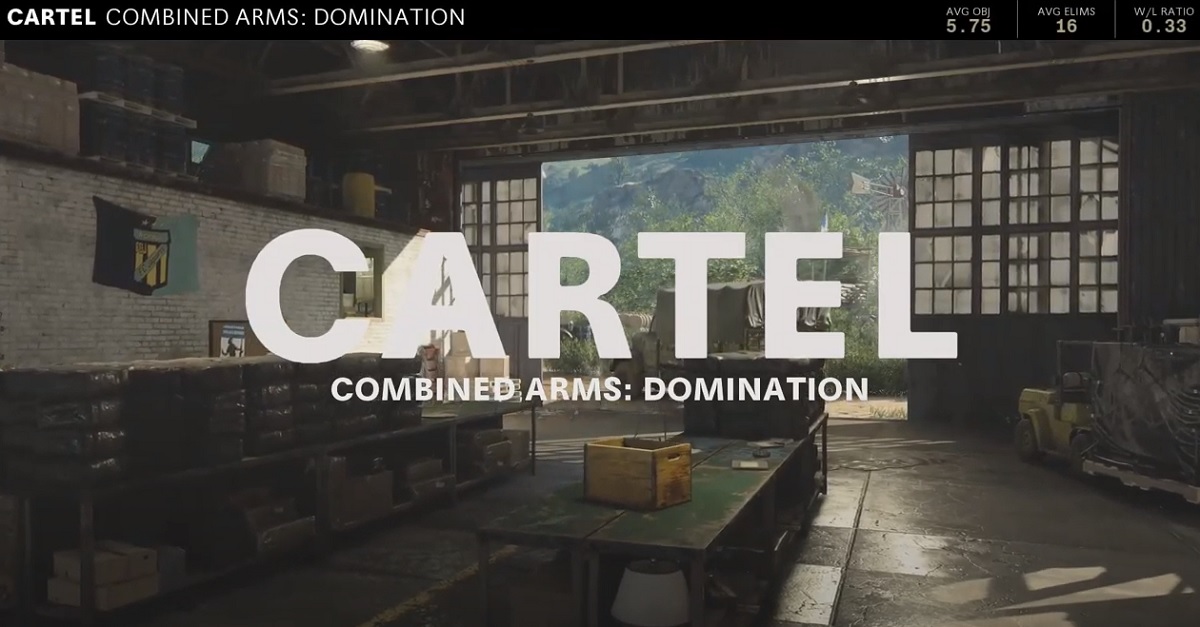 Activision’s Treyarch studio and Raven Software showed off the multiplayer beta gameplay for Call of Duty: Black Ops — Cold War this weekend on Sony’s PlayStation 4, and I played for a few hours, climbing to level 23 in the ladder. I’m still quite impressed with the multiplayer combat for this game.

I loved the addition of the new Combined Arms 12-vs.-12 map, dubbed Cartel, set in a drug lord stronghold in Nicaragua. I played multiple rounds of the Domination mode, where you have to capture a bunch of flags and hold them.

Activision will have another weekend of beta play coming up for PS4, Xbox One, and PC users on October 17-19, and those with early access can play on October 15-16. Activision will launch the game on PC and consoles November 13. Cold War is the new installment of the franchise that has sold more than 300 million copies over 17 years, and multiplayer is a big reason why players keep coming back. This year’s title is set during the Cold War, with each side staging black ops.

The game is set in 1968 and 1981, but multiplayer doesn’t always feel like you’re playing with old guns and old equipment. You can call in artillery strikes when you have a lot of kills, but those strikes are way too accurate and fast to be realistic for the era. But hey, I get it. It’s a video game. And while the Cold War theme of the single-player game emphasizes stealth operations, these multiplayer modes are all hot battles from the start. You play as Russian Spetsnaz or U.S. CIA operatives, but you pretty much go in guns-blazing on the maps that the developers have showed so far.

The addition of the new multiplayer map in a beta test gives the developers just a little bit of time to tweak the game. Cartel is an amazing firefight map where the action is hot and focused. In Domination, the D flag is set in the middle of the map near a truck. There are a bunch of bushes that you can run through or sneak and shoot through. These bushes were always the center of the action, as you fought to get close to the flag area. I thought this map had an excellent design, as it concentrated the action in several different areas but also had routes for flanking.

I didn’t see nearly as many problems that the developers need to change in the beta test compared to the earlier version. This time, I stuck to what I enjoyed, the larger Combined Arms battles, where 12 players fight against 12, rather than the VIP escort mission or the smaller 6-vs.-6 battles.

When I played the alpha version of Cold War, I saw a lot of areas where the game needed tweaks to balance matches. Some of the animations were sluggish back then, like when you jumped onto a zipline in the Armada map. This time, I didn’t encounter that problem, as I figured out you can just jump in the air and then hit the square button to make the zipline work perfect every time. Other improvements include improved sound, better lighting on the Miami map, detailed weapon stats in the gun customization section, better spawns, and some nerfs to the powerful sniper rifles.

I stuck to playing Domination, where each side tries to control at least three spots on a map, because of the way the developers revised how you take a flag. In the past, you had to expose yourself in a small circle around a flag. But in the new mode, you can spread out behind cover more easily, as the flag area is larger and fits around spaces such as cars. That means there are more things to hide behind as you try to take a point.

The multiplayer matches is crossplay and cross-generation, meaning you can play with friends on different platforms, including PS4 players teaming up with PS5 players and so on. With cross-progression, you can switch platforms without losing your progress. It also has skill-based matchmaking.

During the beta, I played around with two weapons, the Stoner 63 light machine gun and the sniper rifle. I usually don’t try to snipe, as it takes a lot more skill. But I found it wasn’t as difficult as I thought. But in contrast to the alpha, I had to start from scratch, rather than play with fully leveled up guns.

The maps that I played the most were Cartel, Armada (where you can zip-line between a bunch of warships in the North Atlantic Ocean), and Crossroads, a map with a bunch of bunkers and an ice-covered lake.

To create my loadout, I took to the familiar Create-a-Class. I used Gunsmith, the gun customization part of the system, to add as many as five attachments to my weapon. I had to keep using the same gun to level it up and unlock each attachment. It took a while to earn all five of the attachments I wanted as I leveled up the weapon.

My Stoner 63 LMG was once again hard to shoot when I had no gunsight. But once I earned that attachment, it was far easier to hit targets. Other attachments made the gun more stable and accurate. I think when I play after launch, I’ll try to carry both a leveled-up LMG and a sniper rifle. As it was, I had a missile launcher that turned out to be amazingly lethal when you aimed it at flying targets. It honed in on the target, and you could fire it and forget it, so long as you didn’t get shot by someone on the ground. I used it to take out a lot of spy planes and helicopter gunships. It was also useful on the ground against tanks.

Sometimes, I felt like it took too many bullets to bring down an enemy. But since I had learned this during the alpha, I tried to remember to shoot higher and get some headshots as well as to keep firing at a target until I got the confirmed kill. With the better gunsight, I found I could hit some targets pretty far away with the LMG, almost making it as effective as a sniper rifle.

With the sniper rifle, I learned a few things. If the enemies were charging straight at me, it was far easier to target them and hit them. If I was perched on a cliff, and they were running sideways, I couldn’t hit anything. Instead of having an Uzi as my sidearm when I had the sniper rifle, I only had a pistol. That’s one big difference between the alpha and the beta that made survival as a sniper much harder. Of course, I assume I’ll be able to earn that Uzi in the full release.

In both Armada and Crossroads, I found it was fun to be the sniper because you could always switch to other weaponry as needed. In Crossroads, I could jump into a tank and become the menace of the whole battlefield, taking out enemies until they either machine-gunned my tank to death (yeah, very unrealistic) or hit it with missiles and grenades. While I loved the tanks, I felt like the driving controls could have been a little better, as it was so easy to get stuck and hard to correct your armor-facing position. And in Armada, I could grab one of the mounted machine guns and take enemies out that were far away or wreak havoc among the small boats.

I found that I could get better the more I played, and yet it was still really difficult to get good scores. That speaks to how skilled the beta players are and how lousy I am. Still, I enjoyed myself, even though I played some of the same maps over and over with the same weapons. I still have to get my hands on the single-player campaign and Zombies, but the multiplayer combat for Cold War is outstanding so far.

In a blog post, Treyarch said it made changes such as limiting the number of Spy Planes that can be in the sky at once, reduced the damage of the Milano 821 SMG, and other things. More content is

Security powerhouse FireEye says it was breached by nation-state hackers