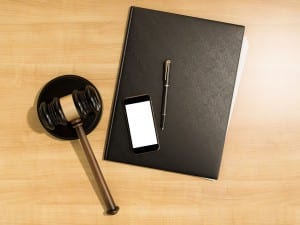 Estonia has drafted a fairly standard law banning high-risk telecoms vendors, but Huawei has reportedly decided to make a stand this time.

We are indebted to the reporting of Estonian public broadcaster ERR plans to challenge the ban in court. Apparently Huawei reckons it breaks EU law by discriminating on the basis of origin. If there is an EU law that prohibits such discrimination then you have to wonder why Huawei waited so long to invoke it, since half of the Union seems to be already doing so.

The draft Estonian bill, which was unveiled this summer, follows a familiar pattern of prohibiting the participation of Chinese vendors in the 5G rollout and all networks being completely free of high-risk vendors by the end of the decade. Elisa, which operates in Estonia, thinks this is a bad idea and, in common with many other European operators, bemoans the extra expense such a ban will cause it.

Huawei is reportedly set to unveil its legal strategy later this week. A bit of light Googling reveals this EU directive, which implements the principle of equal treatment between persons irrespective of racial or ethnic origin. But that would appear to place the burden on Huawei’s lawyers to prove such laws are inherently racist and, furthermore, may not apply to companies anyway.

There’s also the Treaty on the Functioning of the European Union, which prohibits discrimination on grounds of nationality, but may only apply to EU countries. Once more Huawei would have to prove xenophobia is the primary motivation for a ban, rather than legitimate concerns about security and foreign state shenanigans.

Since the two countries that dominate the EU – Germany and France – have already implemented similar bans, if Huawei were to win its case in Estonia that would set a legal precedent for the rest of the bloc. For that reason alone the legal action is very unlikely to succeed, but at the very least it will force the EU to examine its legal basis for taking unilateral action against non-EU companies.

Microsoft’s Brad Anderson on Apple in the enterprise

User Interface Design and its Types