Home Business Huawei may have found an ally in Japan, for now – Telecoms.com 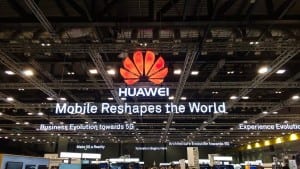 Japan will not bar Chinese kit makers – including Huawei – from supplying telecoms network equipment in the country, it emerged this week.

The US is keen to see other nations follow in its footsteps and block Chinese companies from providing 5G equipment, but Japan is reluctant to join the growing club of governments that have bowed to pressure from Washington, it seems.

Citing a report in Japan’s Yomiuri newspaper, Reuters said that Tokyo will take its own measures in the event of any security concern in 5G, according to anonymous sources. The paper said that Japan will not join any framework designed to exclude a specific country, but would reconsider if there is any change to the US plan.

There are mixed messages as to whether US Secretary of State Mike Pompeo and Japanese Foreign Minister Toshimitsu Motegi discussed the US’s Clean Network plan – designed to keep Chinese telecom and tech firms out of the US – at a meeting in Tokyo earlier this month, but it seems clear that cybersecurity issues were on the agenda in some form.

And while Japan might not be keen to join the US’s anti-Huawei quest in its current form, it is obviously keen to keep Washington on side. According to Reuters, it is seeking to strengthen its cooperation with the US on cybersecurity.

And furthermore, it is insistent it will take its own steps to reduce supply chain risks when procuring information and communications equipment, the newswire quoted Japan’s Chief Cabinet Secretary Katsunobu Kato as saying.

Huawei is not out of the woods in Japan yet.

Canvas emerges from stealth with AI for drywall installation

About the Pegasus spyware, Apple’s telling the full truth