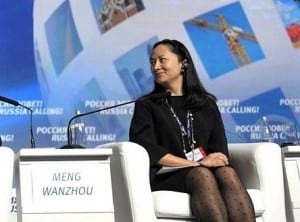 A Canadian judge has decided to allow Meng’s assertion that the US misrepresented evidence in accusing her of fraud.

The US has been trying to extradite the Huawei CFO from Canada ever since it called for her to be arrested two years ago. It alleges that she was complicit in sanction-busting by enabling Huawei to do business with Iran. As you would expect, Meng immediately lawyered-up to the max and legal due-process has been making glacial progress ever since.

While she lost her most recent attempt to get the whole thing thrown out, Reuters reports a Canadian judge has blocked an bid by Canada’s Attorney General to dismiss some of her defence and to allow her to present new evidence. The judge did side with the AG’s assertion that the defence case still isn’t strong enough for the whole thing to be thrown out.

It sounds like the new evidence could be pivotal as it seems to call into question a central pillar of the US case. If the US fails to prove Meng attempted to circumvent its Iranian sanctions in her business dealings, then what reason does it still have to extradite her from Canada?

Huawei and the Chinese media are positioning this as a substantial victory, but that  remains to be seen. It is, at least, a victory for due-process and one the Chinese state could do with learning from. The extent to which two Canadians arrested by China soon after Meng’s arrest are being granted anything like the same level of legal protection is highly debatable.

All the clues, info and updates so far about Fortnite’s Season 2

Brits are among the least concerned about 5G and health – Telecoms.com