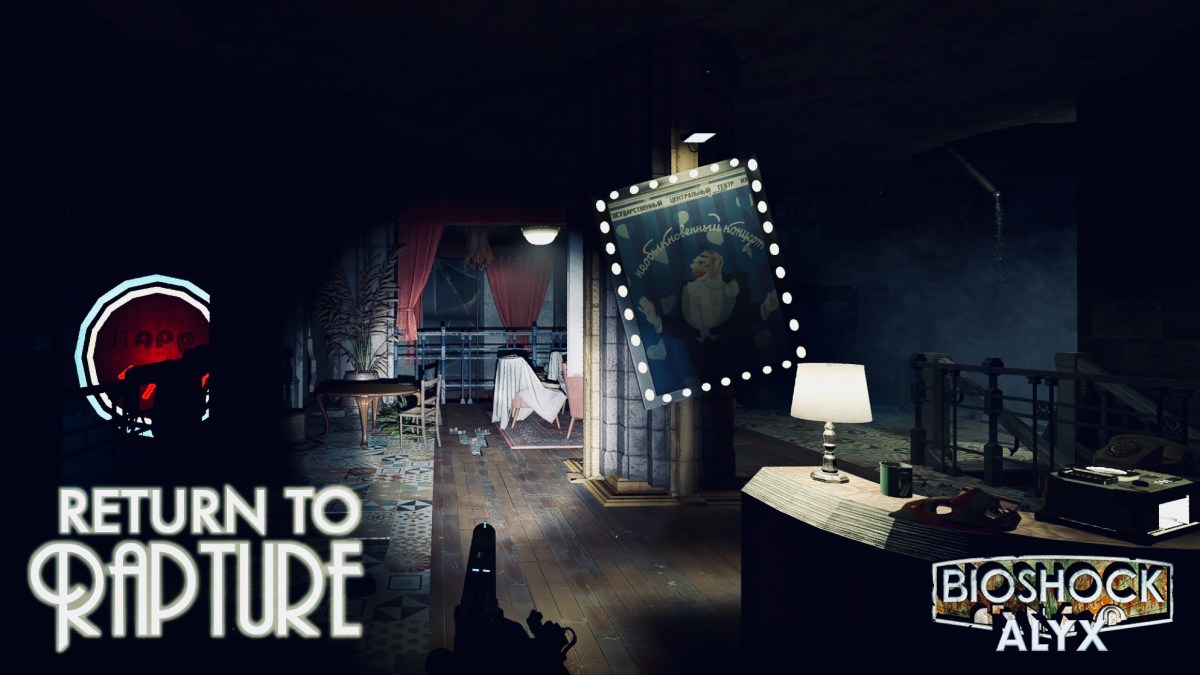 The latest jaw-dropping Half-Life: Alyx mod brings the iconic world of BioShock’s Rapture to VR for the first time.

The mod from developer wim.buytaert.1988 acts as a fusion of both series, playing with the idea of Alyx herself crash-landing in the derelict underwater world of Rapture. Ken Levine and Irrational Games’ unforgettable lost utopia is re-created through a mix of repurposed Alyx assets and some all-new creations based upon locations in Rapture. It’s basically playable fan-fiction.

It’s a pretty amazing bit of work, even if it doesn’t translate the world of Rapture into VR fully. You’ll be missing the underground views of the city itself, for example, but the core elements of much of the game’s unforgettable opening have been retained. Trekking through the ruins in VR is a pretty amazing experience. Mostly, you start to realize how much the ruined worlds of Rapture and City 17 have in common, not just with convenient asset matches but also their enigmatic leaders and more.

The beginnings of the mod offer around 25 minutes of gameplay, though wim.buytaert.1988 says they’re unsure if there will be other chapters unless they get support on Patreon. Either way, this is the closest we’ll be getting to BioShock VR for now.

This is just the latest in a series of pretty incredible mods we’ve seen for Alyx. Back in August we played the original Half-Life inside the latest entry of the series and another modder is making environments from Half-Life 2 inside of Alyx, too.  They might not be official, but they’ll tide us over until we know if Valve will developer another Half-Life VR game.

Five Activities for Teaching and Learning With Primary Sources

What you may be getting wrong about cybersecurity