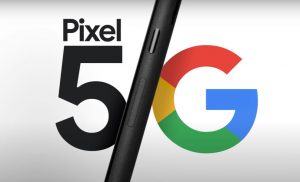 Internet giant Google has launched the latest version of its own-brand smartphone, which will set you back a relatively modest 600 quid.

Google entered the 5G smartphone markets with two models. The Pixel 5 flagship and the 5G version of the more affordable Pixel 4a were unveiled at a virtual Launch Night In event. Both devices are powered by Qualcomm’s Snapdragon 765G chipset, though not the top notch Snapdragon 865 series, but powerful enough for Google to enable a three-year Android upgrade guarantee, compared with the normal two-year guarantee.

The specs are decent if not exceptional. Compared with the iPhone 11 Pro and the latest Galaxy S20 5G devices, the Pixel 5 is smaller but also lighter, the display is slightly inferior but adequate. The battery capacity is comparable, and there is a new “Extreme Battery Saver” mode that can stretch the battery on one full charge to up to 48 hours, a feature that Google will retrospectively introduce to earlier Pixel models.

The cameras have good enough specs, and Google introduced a few software features to make the cameras work better, including an AI-powered “Portrait Light” mode for lighting adjustment, an option to do “Cinematic Pan”, and three stabilising modes for video.

Undercutting competition on price seems to have worked for Google. The Pixel 3a was selling better than earlier Pixel phones but Google claimed at yesterday’s event that the Pixel 4a announced in August, priced at $349, is doing even better.

At the same event, a new Chromecast dongle and a new Nest smart speaker were also launched. But for Google, the event was as much about the devices as services, with Google TV (which essentially is a rebranding of Android TV), which includes but should not be confused with YouTube TV, YouTube music, and Stadia, all highlighted and heavily promoted.

The Pixel 5 and Pixel 4a 5G pre-order is open and shipment will start from 15 October. Interestingly the first market to get the 4a 5G is Japan. Both products will be available in nine markets: US, Canada, UK, Ireland, France, Germany, Japan, Taiwan, and Australia.