Home Business Cybershoes will turn to Kickstarter to bring its VR walking shoes to... 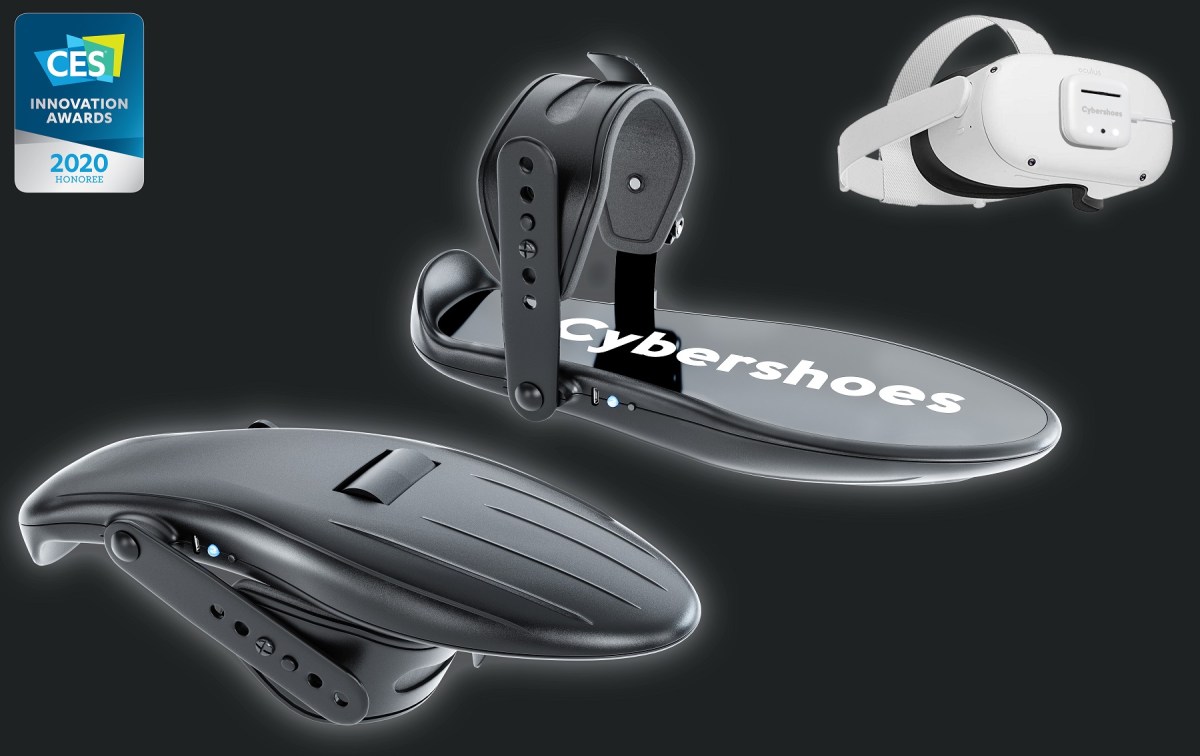 Cybershoes, a VR peripheral that aims to simulate walking, is coming to Oculus Quest and Quest 2.

UploadVR first tried Cybershoes two years ago. The kit consists of a pair of soles you wrap around your feet before sitting on a chair. While sitting, you swing your legs back and forth along the floor to imitate walking, which is then mirrored in a given experience. Previously, the kit was limited to PC VR headsets, but this new wireless model will be compatible with Facebook’s standalone headset via Bluetooth connectivity.

Developers are free to integrate support for the kit via a just-launched Software Development Kit. In fact, Cybershoes partnered with Vertigo Games to add support to enduring zombie shooter, Arizona Sunshine (which itself just got an Quest 2 update).

Ahead of launch, Cybershoes is turning to Kickstarter for preorders. However the company claims this isn’t to fund production, which is already covered, but instead to fund developer outreach and bring the kit to more games.

The company hasn’t yet revealed how much it’s looking to raise on Kickstarter, nor how much it will cost to preorder a unit via the crowd-funding campaign. Don’t expect them to be cheap, though; the original Cybershoes started at $349. You could get a bundle that also included a rotating chair and circular carpet for $449, too. There will be bundles included in the upcoming preorders, too.

It’s definitely interesting to see Cybershoes land on Quest, though limiting the standalone platform to a chair seems fairly restrictive. Back in September, we took a look at another approach to VR locomotion named Ekto One. Like Cybershoes, this device has you simulating walking, but this time you’re standing up. The tradeoff? The boots are massive and complex and only allow for walking, not running, as they drag you back to the center of your play space.

What CISOs Can Learn From Big Breaches: Focus on …

Bank of England warns that banks are overly reliant on cloud