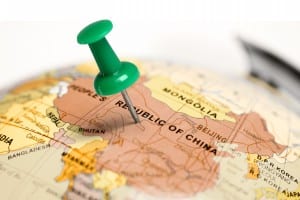 After years of preparation, China Broadcasting Network has been given the bureaucratic seal of approval.

As with nearly everything else in China, the state had a major role to play in the creation of CBN, having issued the license over four years ago. According to China Daily it’s 51% owned by the state broadcasting authority, while Global Times reports the likes of Alibaba have also chucked substantial sums of money into the pot, valuing CBN at around $15 billion.

A company with the direct backing of the Chinese state would appear to be a fairly safe investment as, presumably, it would never be allowed to go bust. Any lingering concerns from its investors were presumably soothed by the knowledge that it will be network sharing with the country’s dominant MNO, China Mobile.

On the other hand, as Light Reading explains, this dependence on China Mobile will make it difficult for CBN to compete, at least in the free market sense. But then again we’re talking about a free market with Chinese characteristics here and the state can presumably engineer things to ensure at least the veneer of competition exists.

The name China Broadcasting Network also implies this is a somewhat specialist MNO. The emphasis on 5G and its ownership of some precious 700 MHz spectrum imply fixed wireless access will be a major focus of CBN’s activities. China Mobile will presumably be instructed to give it a chance to get going, so long as it stays in its lane.

Are Some Phone Charging Cables Dangerous to Plug in?

Gartner: IT spending will drop 8% as COVID-19 hits enterprise wallets