Home Technology AT&T loses another 600,000 TV customers as it seeks buyer for DirecTV 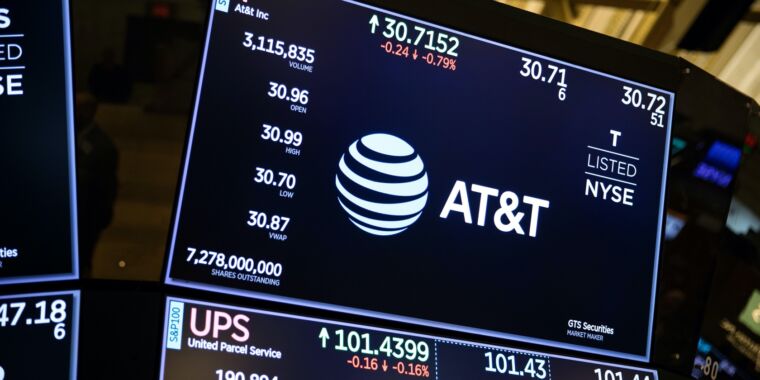 AT&T lost 627,000 TV customers in Q3 2020, an improvement over previous quarters as the company continues its attempt to sell its failing DirecTV division.

“The decline is a significant improvement over prior-year trends,” AT&T CFO John Stephens said in a call with investors today.

The AT&T TV Now streaming-service loss of 37,000 customers was also an improvement, but AT&T is running out of customers to lose in that segment. The service has 683,000 subscribers left from the 1.86 million it had two years ago.

AT&T’s massive TV losses spurred its ongoing attempt to sell DirecTV, which it purchased for $49 billion in 2015. First-round bids for DirecTV reportedly valued the satellite TV unit at around $15.75 billion. There haven’t been any major updates since the New York Post reported two weeks ago that AT&T “invited a handful of suitors into the second round of an auction of the struggling satellite-TV broadcaster.”

AT&T attributed the 590,000-customer net loss to “lower churn and [a] higher quality base,” meaning that fewer people dropped service and the customers who stayed are paying more than those who left. In the last quarter, the average revenue per user for AT&T Premium TV went up from $124.98 to $130.55 per month.

You can’t unsee Tedlexa, the Internet of Things/AI bear of your nightmares

How to Build Cyber Resilience in a Dangerous Atmosphere

Pixel 5a and beyond: 2 big questions about Google’s future Pixel plans