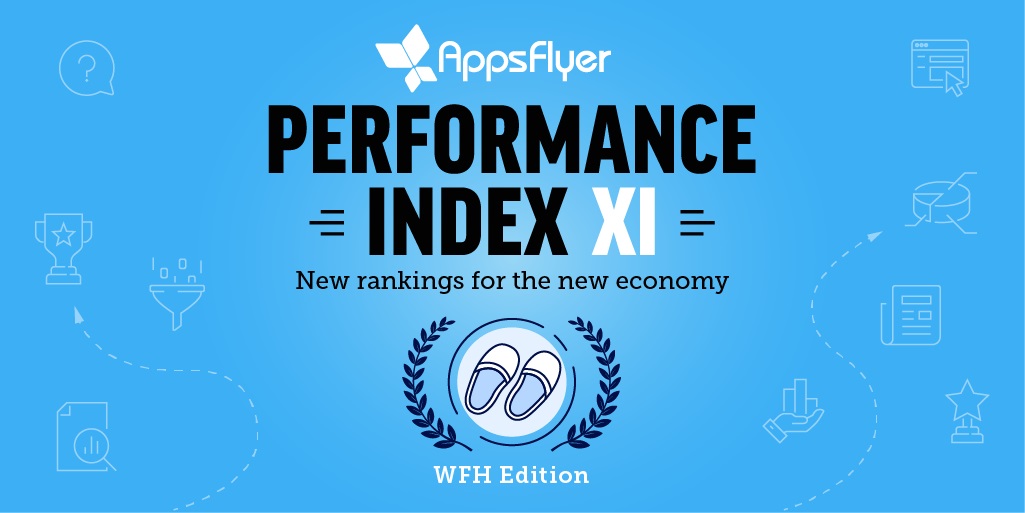 Mobile measurement firm AppsFlyer said that Facebook has the No. 1 spot in mobile advertising, followed by Google and Unity Ads in the first half of 2020, according to the company’s twice-a-year Performance Index study.

The study is the 11th time that AppsFlyer has done its index. While Facebook is at the top overall across both iOS and Android, both companies dominate mobile advertising with a significant majority of the non-organic install market, or downloads that are driven by advertising. And while Facebook is stronger on iOS and North America, Google is stronger on Android, which is growing in emerging markets.

“We have seen Facebook emerge as a clear leader in quality and monetization,” said AppsFlyer head of mobile insights Shani Rosenfelder, in an interview with VentureBeat. “A few years ago, Facebook was dominating the Performance Index. In 2018, Google started Universal Ad Campaigns and took the No. 1 spot in 2019. With our new monetization index, Facebook again captures the No. 1 position.”

The rankings are important because they can help mobile app and game developers decide who to partner with when it comes to mobile advertising, which is at the core of mobile monetization. In the first half of 2020, AppsFlyer examined 495 media networks and 27 billion app installs across 14,000 apps and 58 billion app opens.

The Performance Index includes two new granular monetization-driven rankings per region and category. The new rankings rate media sources by their ability to deliver users with the highest likelihood to complete an in-app purchase, and their ability to deliver users who monetize best with ads — vital information for apps in a freemium-driven ecosystem in which apps make money primarily through in-app purchases and in-app ads.

Facebook’s ability to drive performance at scale in both the Retention Index and the new IAP (in-app purchase) Index has propelled Facebook’s ranking forward. It also dominates the new IAA (in-app advertising) Index as well as the Remarketing Index, making its overall position clear.

But high-quality installs come at a cost, Rosenfelder said. Facebook charges more, and this is especially true in gaming, where cost is significantly higher in North America, Latin America, and Europe, while Google has a slightly higher cost in the Asia Pacific region.

Above: The big players in mobile advertising.

In non-gaming app advertising, Google is more costly, but not by a wide margin, with the exception of North America where Facebook is more expensive.

A platform breakdown shows Google is a clear winner in Android thanks to its leap in developing countries where the OS dominates, while Facebook controls much of iOS.

Unity Ads has emerged as the leader among the next tier of mobile game advertising, which also includes IronSource and AppLovin. Both of those companies have started making their own games, while Unity, which went public recently, focuses on making a game engine and ad monetization.

Unity Ads rose in the Retention Index thanks to a significant jump in scale, though its quality is the lowest among the three. Unity Ads took over the No. 1 ranking in the fast-growing hypercasual and arcade markets, and it took third place in nine of 14 genres.

“Within gaming, we see Unity Ads as strong,” Rosenfelder said. “Unity had massive growth and scale. They have a long tail with indie game developers using their engine. So they have an advantage.”

In games, IronSource and Applovin are also competitive. But outside of games, Facebook and Google are stronger.

While the novel coronavirus has had a significant impact on apps and the entire ecosystem, the impact of the pandemic on media source rankings was marginal. The only exception was Apple Search Ads. Organic growth in the App Store led marketers to start and/or increase their app store optimization efforts, bringing Apple Search Ads to the front, driving impressive growth and strong performance.

“The pandemic changed the mobile ecosystem, as all of the metrics spiked,” Rosenfelder said. “But the rankings of media sources did not change.”

The future is uncertain

Rosenfelder said that Apple’s decision to curb targeted advertising on iOS in the name of privacy has made the mobile ad market uncertain. Facebook and Google could get hurt if they aren’t able to target users with ads based on their past behavior. Apple has decided to deprecate the Identifier for Advertisers (IDFA), which is necessary to link anonymized user data to advertising results.

Apple has only said it is acting to protect privacy. But some in the industry believe that Apple wants to undermine advertising revenues with Facebook and Google and take some of that back by boosting its own Apple Search Ads and generating more revenue through App Store sales, where Apple gets a 30% cut of the revenue. But Rosenfelder pointed out that Facebook ad-related downloads are probably 100 times bigger than Apple Search Ads, particularly in gaming, as people spend far more time on Facebook than on the App Store.

In such an environment, Rosenfelder predicted that consolidation would happen, such as yesterday’s acquisition of mobile ad marketing intelligence firm AlgoLift by Vungle.

“With IDFA, there are a lot of unknowns,” he said. “It’s very difficult to predict. Maybe Apple will change its original plan. We just don’t know. The bottom line is if there is a change on iOS, it would affect many players.”