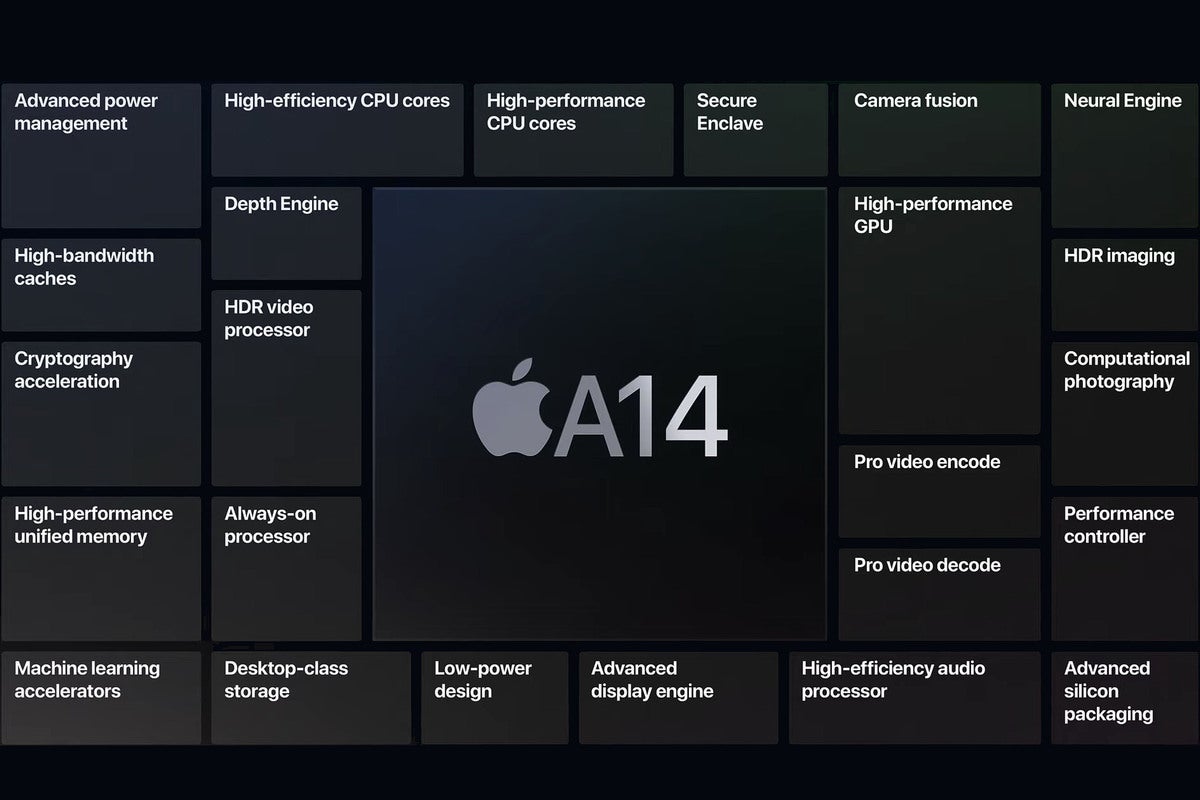 Apple will be using a superpowered version of the A14 chips used in the latest iPhones and iPads, devices that are already eviscerating all competing performance data inside future Apple Silicon Macs, a report claims.

Apple’s A14 chip has a superpower version

While we wait for macOS Big Sur, take a moment to consider Apple’s plans to field more powerful A-series chips inside future Macs, likely to be introduced next month.

What can we expect? We already envision these systems supporting the kinds of enterprise workflows likely to emerge post-pandemic, such as built-in AI, data analytics and cloud services and deployment.

What we didn’t know is the extent of Apple’s ambition. Will these new Macs be compromised systems that don’t yet deliver the kind of flexibility and performance we expect from Intel-based systems? Or will Apple deliver self-developed machines that match or exceed them?

The latest news suggest it will be more the latter than the first.

The China Times tells us the first Apple Silicon iMac will make its debut in early 2021, but also gives us the name of the chips Apple will use inside these Macs: The A14X and A14T.

These will be superpowered versions of the A14 chip, with the A14X scheduled to sit inside this fall’s Apple Silicon MacBooks and the A14T headed to iMac.

This isn’t the first time Apple has delivered a more capable version of the processor inside its products – just take a look at the various builds of previous chips used in iPhones and iPads – iPad chips deliver even more performance.

The current A14 series chip is a 5-nanometer processor.

This is faster and more efficient, but its performance is constrained by the space inside an iPhone or iPad – Apple needs to make sure the chip doesn’t overheat, and is also limited by battery life. Life’s not like that on a Mac – there’s more space for the heat sink — which means the company will be able to push the processors to their best possible performance.

That’s what the report claims, telling us the following about the chips:

“The upcoming ARM-based MacBook released in November will use a self-developed A14X processor. In addition to the first Apple Silicon processor A14X used in MacBooks that has been mass-produced by TSMC 5nm, according to Apple’s supply chain news, Apple will launch the first self-developed GPU – codenamed Lifuka – next year. The first desktop computer processor A14T – codenamed Mt Jade – will be produced in the first half of next year.”

We don’t know the extent to which the chips are similar: How many cores they have, what the top frequency will be or anything else, but it’s probably easy to predict that whatever it is these chips can do, Apple will want them to at least match and probably exceed the performance you can expect from Macs powered by Intel processors.

Toward the 3nm Mac

One advantage it has for this plan is that next year’s Macs will host A15 series chips, including the A15, A15X and A15T. I’m guessing these will be followed by 3nm processors in 2022-23.

We don’t know whether Apple will be able to deliver the same degree of performance improvements year by year on Macs that it already does on iPhones – though we do know that if it does manage to do so, Mac users will be delighted. Can anyone else recall the empty years between Mac Pro updates, for example?

Those days may at last be gone.

We’ll find out more at the Apple November Mac event, which is currently anticipated to take place on Nov. 17 which probably means the invites will slip out around Nov. 10.

Cloud Mining and the GPU Shortage

Have a pacemaker and an iPhone? Could be a deadly combination