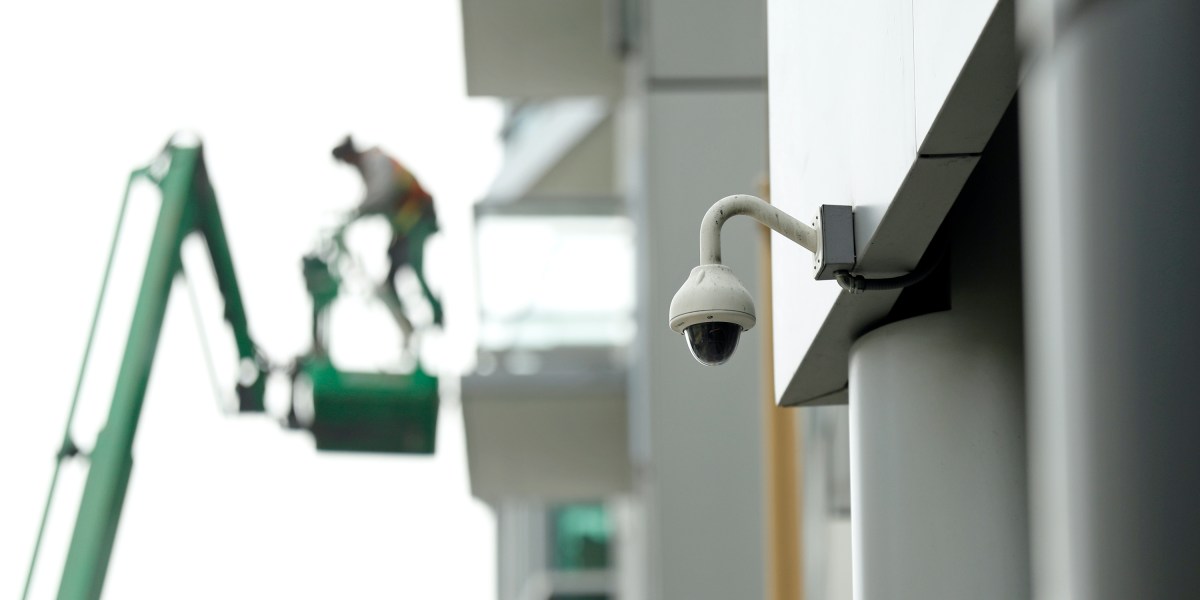 There’s a thread that runs through police violence against Black people and connects to overpolicing, onerous and problematic tactics like facial recognition, AI-powered predictive policing, and federal agencies’ surveillance of protestors. It’s almost a loop; at the very least, it’s a knot.

For months, American citizens have tirelessly protested against police violence, largely in response to the police killings of George Floyd and Breonna Taylor. Numerous reports allege that federal agencies have conducted surveillance on protestors. According to some members of Congress, this is creating a chilling effect on First Amendment rights: This week, Representatives Anna Eshoo (D-CA) and Bobby Rush (D-IL), along with Senator Ron Wyden (D-OR), sent a letter asking the Privacy and Civil Liberties Oversight Board (PCLOB), an independent federal agency, to investigate those reports.

“The act of protesting has played a central role in advancing civil rights in our country, and our Constitution protects the right of Americans to engage in peaceful protest unencumbered by government interference. We are, therefore, concerned that the federal government is infringing on this right,” reads the letter’s introduction.

Specifically, they want the PCLOB to investigate:

The alleged surveillance measures include aircraft surveillance from Customs and Border Protection (CBP) that involved devices that collect people’s cell phone data, the Department of Homeland Security (DHS) seizing phones from protesters with the intention of extracting their data (a request that went unfulfilled apparently), and the DHS compiling information on journalists covering the protests (which seems to have stopped).

In a statement shared with VentureBeat, PCLOB board member Travis LeBlanc said, “I am deeply concerned by reports of the federal government’s surveillance of peaceful Black Lives Matter protesters exercising their constitutional rights. As the Privacy and Civil Liberties Oversight Board, we are empowered to conduct an independent investigation of any such government surveillance and I hope my fellow Board Members will join me in doing so promptly.”

The agency would not state what measures it may take as a result of its investigation, and indeed, its powers are somewhat limited. Formed in 2007 from the 9/11 Commission, the PCLOB’s two chief responsibilities are to oversee “implementation of Executive Branch policies, procedures, regulations, and information-sharing practices relating to efforts to protect the nation from terrorism” and to “review proposed legislation, regulations, and policies related to efforts to protect the nation from terrorism” in order to advise the executive branch of the U.S. government on how to meet its goals while preserving privacy and civil liberties. The PCLOB’s aegis expanded beyond terrorism with Section 803 of the 9/11 Commission Act, which requires that federal agencies submit reports about privacy and civil liberties reviews and complaints.

The agency has deep reach, at least — access to documents, and the right to interview anyone in the Executive Branch. But though it can conduct reviews and make recommendations, the only real legal action it can take is to subpoena people through the U.S. Attorney General’s office.

Though this week’s letter directly engages the PCLOB, it’s by no means the first salvo from concerned lawmakers. Earlier this year, Reps. Eshoo and Rush sent a letter of concern about surveillance and its chilling effect, signed by 33 other members of Congress, to heads of the FBI, Drug Enforcement Agency (DEA), National Guard Bureau, and CBP. “We demand that you cease any and all surveilling of Americans engaged in peaceful protests,” they wrote. They also demanded access to all documents these agencies have that pertain to the protests and surveillance. (The agency responses came by the barrelful and were included in a media announcement this week.) And in their most recent letter, Eshoo and Rush listed a dozen other letters of concern that members of Congress sent agencies and private companies expressing shades of these same concerns.

But the prior missives and responses have not, apparently, satisfied their concerns. In a statement to VentureBeat, Rep. Eshoo said, “It’s my hope that the PCLOB will conduct a thorough and independent investigation to uncover the facts about the allegations cited in my letter. These facts will help inform me and my colleagues about what actions Congress should take to prevent future abuses, update existing laws, and hold offenders accountable.”

The aforementioned thread continues through federal agencies’ protest surveillance to acts of aggression, intimidation, vigilantism, and in some cases violence. Unidentified agents in unmarked vehicles brazenly grabbed and detained protestors off the street in Oregon. Law enforcement directly or indirectly let an armed teenager roam the streets of Wisconsin, where he killed two protestors and injured a third. And the sitting President of the United States, during a nationally televised presidential debate, ominously told his supporters to watch the polls on election day — a thinly veiled overture to intimidate voters — and exhorted his white supremacist supporters to “stand by” and implied that they should be prepared to commit violence against leftist groups.

The chilling effect that Rep. Eshoo is so concerned about may follow the same path, from protests to the polls — which is all the more urgent given that the 2020 election is just over two weeks away. Preventing future abuses and holding offenders accountable is not merely the right thing to do, it’s crucial to a continued functioning democracy.

Beyond the catch-all ‘solution’: The quest for smarter – yet simpler – IT

Why data gravity won’t stop the move to multicloud