Home Business Vodafone Idea open to anything that might help it survive – Telecoms.com 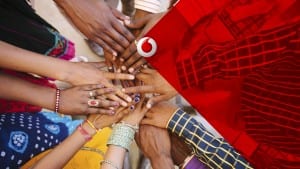 Reports from India suggest beleaguered telco Vodafone Idea is considering a share sale and even investment from Verizon to keep it alive while it pays off the government.

Bloomberg Quint reckons Vodafone Idea is looking to raise a cool $1.5 billion, following the final Supreme Court ruling, compelling it to hand over many times that much in historical license fees to the government over the next decade. The company has repeatedly warned that being forced to pay up might drive it out of business, but it looks like it’s not ready to throw in the towel just yet.

The Bloomberg piece says a share sale may form part of the fund-raising strategy and also talks about it trying to get US investors interested in taking a piece of the action, without naming any. Livemint, however, does and flagged up Verizon and Amazon as potential investors. Google had previously been rumoured to be in the running, but Vodafone Idea is apparently only interested in working with companies whose name ends in ‘zon’ these days.

All this speculation seems to have given Vodafone Idea’s share price a decent boost, which is interesting since both moves would presumably involve diluting the stake of existing shareholders. One conclusion to be taken from this is that a high probability of bankruptcy had been priced into the shares and, now that the company is showing a bit of fight, investors are a bit less pessimistic.