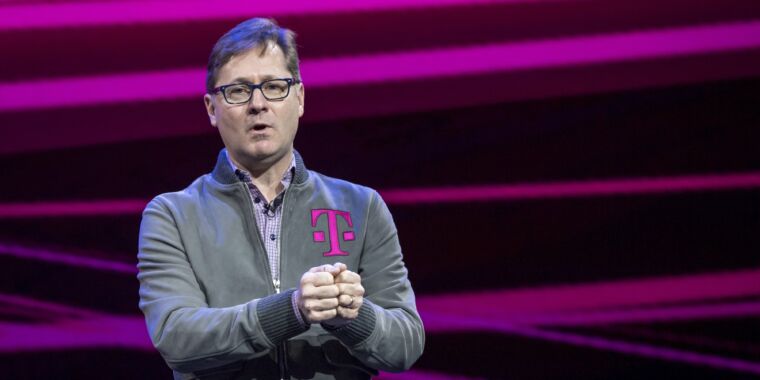 T-Mobile US CEO Mike Sievert yesterday fired back at AT&T and Verizon, saying the carriers’ complaints about T-Mobile obtaining more spectrum licenses show that they are afraid of competition.

“The duopolists are scrambling to block this new competition any way they can… Suddenly in the unfamiliar position of not having a dominant stranglehold on the wireless market, and preferring not to meet the competitive challenge in the marketplace, AT&T and Verizon are urging the FCC to slow T-Mobile down and choke off our ability to compete fairly for added radio spectrum,” Sievert wrote in a blog post.

As we wrote Monday, Verizon and AT&T have urged the Federal Communications Commission to impose limits on T-Mobile’s ability to obtain more spectrum licenses. AT&T complained that T-Mobile’s acquisition of Sprint allowed it to amass “an unprecedented concentration of spectrum.”

Verizon in August petitioned the FCC to reconsider its acceptance of a new lease that would give T-Mobile another 10MHz to 30MHz of spectrum in the 600MHz band in 204 counties. But “the main event,” according to Sievert, is the FCC’s upcoming C-band spectrum auction in December, which will distribute 280MHz of spectrum in the 3.7–3.98GHz band.

“Anticipated to raise many billions of dollars for American taxpayers, the C-band is the largest pool of new spectrum expected any time in the near future,” Sievert wrote. “The results of the auction will shape market competition and network advancement in the US for years to come.”

Verizon told the FCC that “T-Mobile already holds licenses for 311MHz of low- and mid-band spectrum nationwide,” more than AT&T and Verizon combined and well above the FCC’s 250MHz “spectrum screen.” The FCC uses this spectrum screen as one data point in its public-interest analyses, but the 250MHz screen isn’t a hard-and-fast limit, and T-Mobile says it should be allowed to purchase more spectrum licenses.

Sievert pointed out that Verizon has more spectrum than T-Mobile when including high-band spectrum that isn’t counted in the FCC’s screen:

Citing the “spectrum screen”, AT&T and Verizon would like to keep T-Mobile out of the bidding or at least put a damper on our ability to aggressively bid against them in this important auction, so that they can run the table unchecked. The “spectrum screen” was put in place years ago with good intention and broad support including from T-Mobile—to help ensure competition in the market when spectrum supply was limited—but is now being cited by AT&T and Verizon for reasons entirely opposite to this intention. And importantly, the “spectrum screen” pre-dates, and therefore ignores, certain 5G spectrum where Verizon already dominates. In fact, Verizon holds massive spectrum (far more than T-Mobile’s entire portfolio of low, mid-, and high-band spectrum) in the “millimeter wave” bands, which are the cornerstone of their 5G strategy and which are not subject to the “spectrum screen”.

Verizon has the most spectrum of any US carrier “by far” but “has the anti-competitive instincts and sheer audacity to complain that a much smaller T-Mobile has too much,” Sievert wrote. “After holding massive spectrum advantages over T-Mobile and others for decades, Verizon and AT&T just can’t stand the idea of anyone else being ahead of them or having a fair shot in an auction where they plan to use their financial might to do what they have always done—dominate.”

Sievert also wrote that the 600MHz spectrum T-Mobile is leasing was previously controlled by AT&T. “AT&T had won at auction the spectrum that Columbia Capital is now leasing to T-Mobile and—guess what—AT&T decided it didn’t want it and sold it to Columbia,” Sievert wrote. “Verizon, the ringleader in opposing this lease, never bothered to even show up and bid for any 600MHz spectrum. In short, we have AT&T and Verizon seeking to block T-Mobile from using spectrum that AT&T decided to jettison, and Verizon had no interest in pursuing. Now both companies are seeking to block T-Mobile from putting this spectrum to use for the benefit of American consumers.”

Fight to continue ahead of auction

The dueling statements suggest that the carrier battle will continue in the months ahead as the C-band auction draws near. “If T-Mobile participates in the auction, the Commission will almost certainly be forced to contend—for the first time—with the situation of applying its spectrum screen (and post-auction case-by-case review) to an acquisition of licenses by an applicant whose holdings already exceed the screen by a wide margin,” AT&T said in its FCC filing last week.

The spectrum screen is likely to be raised from 250Mhz to 345MHz after the auction to account for increased availability of licenses, AT&T said. T-Mobile already has more than 345MHz in some parts of the US, and there are “many other” US markets where T-Mobile would exceed 345MHz if it wins any spectrum in the auction, AT&T said.

The auction is scheduled to begin on December 8, and preliminary “short-form” applications were due yesterday. The FCC will review the applications and then release a list of bidders. 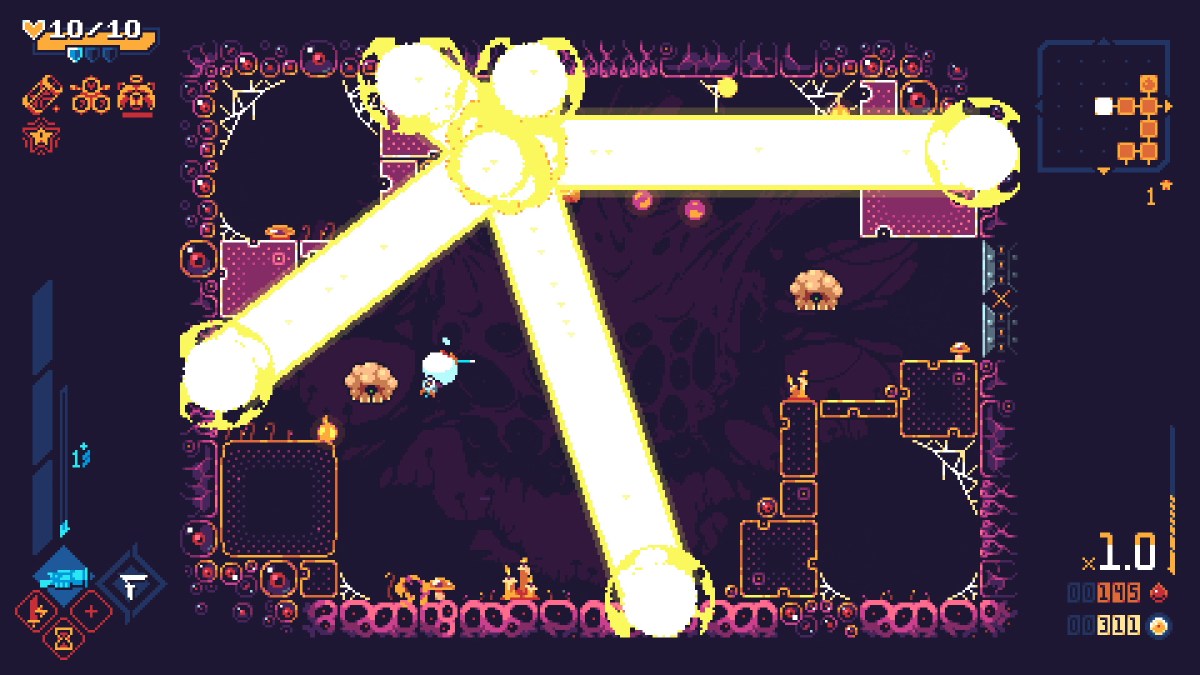 UK made the correct call on Huawei but the devil is in the detail...

Stream Multiple Sources at Once With OBS Studio