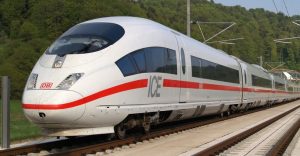 The German communications regulator has handed out over 70 licences to public and private sector applicants to build 5G campus networks. More applications are on the way.

Bundesnetzagentur (Federal Network Agency), or BNetzA, which oversees the telecoms industry in Germany (among many other industries within its purview), announced earlier this week that it has so far awarded 74 licences to applicants for deploying private 5G networks (called local networks in Germany, or “lokale Netze”) on 3.7-3.8GHz. This more than doubled the 33 licences it had awarded as was announced in April.

According to the BNetzA press release, the regulator expected the frequencies to be primarily used for Industry 4.0, “but also in the agricultural and forestry sector”. Jochen Homann, President of BNetzA, said in the press release, “by awarding spectrum for local 5G networks, we are creating scope for innovation for enterprises. There has been a great amount of interest in the spectrum, and we are anticipating a large number of applications still to come.”

Huawei’s branch in Germany, based in Düsseldorf, is also a recipient. It isn’t clear what the Chinese telecoms kit maker will use the frequency for, but likely for 5G related R&D work.

There are a number of other companies that have publicly stated that they have bought spectrum for private 5G networks, but for whatever reasons their names did not appear on the BNetzA list. According to an earlier report by The Wall Street Journal, this group at least included the car makers BMW and Volkswagen, the industrial conglomerate Robert Bosch GmbH, the chemistry company BASF, and the airline Lufthansa.

Meanwhile BNetzA has just concluded the consultation process, started in July, on how best to make the 26GHz, specifically the 24.25 – 27.5 GHz, also available for “local 5G networks”. When this band is open to applications, BNetzA expects to see more active participation thanks to the high bandwidth this frequency can enable, especially from sectors like infrastructure development, Industry 4.0, and IoT.

On the other hand, when enterprises and public sector entities are actively building their own private 5G networks in countries this is allowed, a question must be asked of the 5G operators’ ambition to support business use cases with their public 5G networks, including the much lauded end-to-end network slicing capabilities to come with standalone mode 5G. It is true that some operators are involved in building the private networks. Vodafone Deutschland for example has been working with Lufthansa Technik to build the 5G network at an aircraft hangar at Hamburg Airport. In most cases, however, mobile operators are entirely bypassed. Nokia said publicly that no operator was involved in its private 5G project for Deutsche Bahn, Germany’s national railway service.

By opening 5G frequencies to private bidders, BNetzA and its peers in countries like Japan and the UK are helping popularise 5G in the business world and expediate enterprises’ embrace of the new technology, though the telecom operators which has made big 5G investment may not be the biggest or primary beneficiaries. This means those 5G operators need to ask themselves some hard questions on how to strengthen their value propositions to their business customers, especially when the transition to standalone mode is beginning.

If you haven’t watched ‘Succession’ yet, what are you even doing? – TechCrunch

How is Agriculture Embracing IoT Technology?

Microsoft to replace legacy Edge in April with Chromium-based version