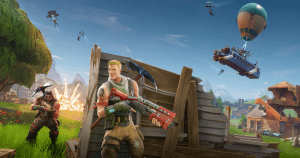 Bloomberg reported that Japan’s antitrust regulator has said it will step up the attention it pays to Apple. Furthermore, it looks like one of the reasons for this is Japanese games developers becoming emboldened to speak out, following the Epic move. One of them apparently said he really wanted Epic to win on his Facebook page.

Most of the criticism of monopolies focuses on their potential to overcharge the end-user, but they are no less able to project that power in the other direction, up their supply chain. Apple CEO Tim Cook got the to job after founder Steve Jobs dies because he’s so good at managing the supply chain, which often means using Apple’s dominant position to demand exceptionally generous terms from its suppliers.

The Internet era has created a new kind of monopoly around platforms. A small number of, mostly US, companies now control the interface between the makers of digital products and services and their markets. In the case of mobile apps, as the Bloomberg piece also stresses, we have a duopoly in which each player charges exactly the same for use of their platform. In other words there’s no competition.

Thanks, at least in part, to Epic’s decision to take its dispute with Apple and Google into the public domain, this unhealthy dynamic is now belatedly being given a closer look by regulators. If it’s Japan today, there’s good reason to assume other countries will soon follow. There is some sweet irony in the fact that this is very similar to the strategy Apple adopted in its dispute with Qualcomm. Paradoxically Apple can take some consolation that this approach failed spectacularly when it tried it.

How to Create Split Screen Videos in Flipgrid