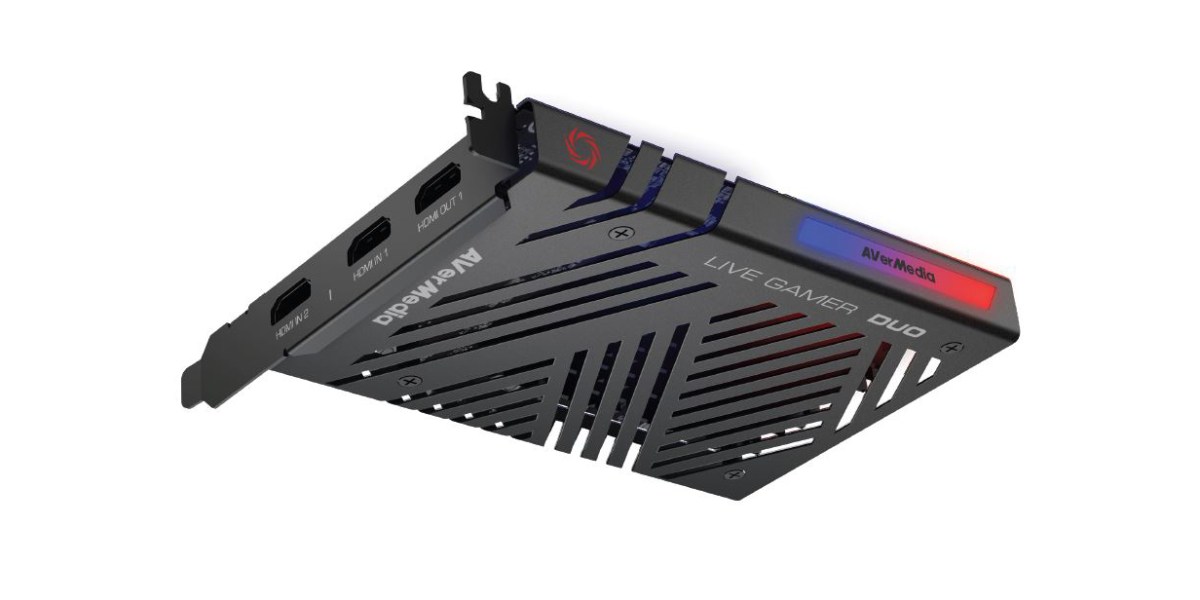 AVerMedia’s Live Gamer Duo makes so much sense, so why did it take so long to turn into reality? The key feature is that it has two HDMI inputs. One is an HDMI 2.0 port for your console or gaming PC. The other is an HDMI 1.4 that is ideal for something like a mirrorless camera. This enables you to have one piece of equipment for capturing all of your imaging devices, which should help simplify the livestreaming process.

At $250, this is a well-positioned card for anyone who needs to capture both a gaming feed and a camera.

The biggest benefit of a capture card like this is that it eliminates the need for multiple individual capture cards. AVerMedia’s Live Gamer Duo does the job of an Elgato Gaming HD60S+ and its Camlink all by itself, all while maintaining that attractive price.

But in simplifying the hardware, AVerMedia doesn’t skimp on the capabilities. You can easily bring the game feed and camera feed into a tool like OBS or Xsplit. But it also gives you the option of sending each HDMI port to different software. This is important if you want to capture full 1080p60 video from both feeds and then edit them together later.

This makes the Duo an easy recommendation because it does everything that almost any streamer would ever need. Even if you’re not planning to use a fancy, expensive DSLR or mirrorless camera to start, this gives you the option to upgrade in the future. And at just $50 more than the Elgato HD60 S+, that seems like a smart move.

You can tell that one of AVerMedia’s goals with the Live Gamer Duo was to keep the price down. It succeeded, and it did so without any major sacrifices. But that doesn’t mean the Duo is without shortcomings.

A big frustration for me is the lack of HDMI 2.1. I get that support for HDMI 2.1 is limited now, but that’s going to change in a matter of months. PlayStation 5, Xbox Series X, and the next-gen GPUs from Nvidia and AMD will all use HDMI 2.1. And that means we won’t get 2160p120 video pass-through on the Duo. Even worse, we don’t get adaptive sync, which enables the framerate to sync up across devices to eliminate tearing and jittering. Support for adaptive sync would make the Duo a lot better at handling a second PC, but since it processes video at 60Hz, it can actually produce more tearing in your footage if you play at a higher refresh-rate.

Other issues include the lack of 2160p30 support on the camera port. This card should be able to handle that — although I get that AVerMedia likely doesn’t want to imply that this is a 4K capture device.

The last issue is that the card itself has a somewhat bulky profile. This can make it difficult to fit into you case if you have a lot of other PCIe devices.

You should get it

When I think about who this capture card is for, I get excited. The AVerMedia Live Gamer Duo is great for anyone who wants to focus on livestreaming. That audience won’t even notice its issues. All they’ll know is that it provides a streamlined solution for getting high-quality video from both a source and a camera.

And it makes sense to recommend at $250 because it’ll save you money, space, and time in the future.

How to Reduce Noise in Zoom Meetings