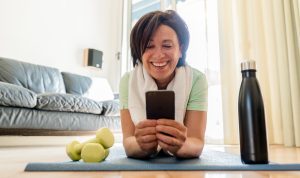 Concerns about a ‘new normal’ in working out from home are abating as people around the world start to realise it’s OK to sit around again.

According to new data from app marketing platform Adjust, the start of the coronavirus lockdown prompted an alarming spike in downloads of health and fitness apps. Even more concerning to couch potato activists were signs that people were actually using them.

Adjust warns that health and fitness apps saw a 67% increase in installs in the last week of March 2020, with sessions in May 48% higher than yearly average. To add insult to injury Sunday, the day of rest no less, was the most popular part of the week for all this gratuitous hyperactivity. How people also found time for a full roast dinner and a bottle of wine in front of the telly is anyone’s guess.

“The pandemic and ensuing lockdowns have led many consumers to re-prioritize their lifestyles and their day-to-day behaviours,” said Paul H. Müller, CTO of Adjust, in a desperate attempt to put a positive spin on his bleak findings. “Our data suggests that this is widely reflected in the health and fitness habits of consumers and points to a longer-lasting trend of people preferring to work out from home rather than going to the gym — especially as safety measures remain in place in many countries around the world.”

Leaving aside that false dichotomy, a further examination of the data reveals rational behaviour slowly began to return once the initial panic abated. Installs dropped off fairly quickly as people recovered their composure, but a hysterical minority persisted in their domestic exertions, impervious to the distress this must have caused their families and pets.

Regionally, the Japanese deserve recognition for snapping out of it fairly quickly, but most other countries have struggled to shake off this bizarre compulsion. Even the UK, which can normally be relied upon to get through sofas at an attritional rate, was still using fitness apps at double the usual level in July, something we can only attribute to the pubs being closed. 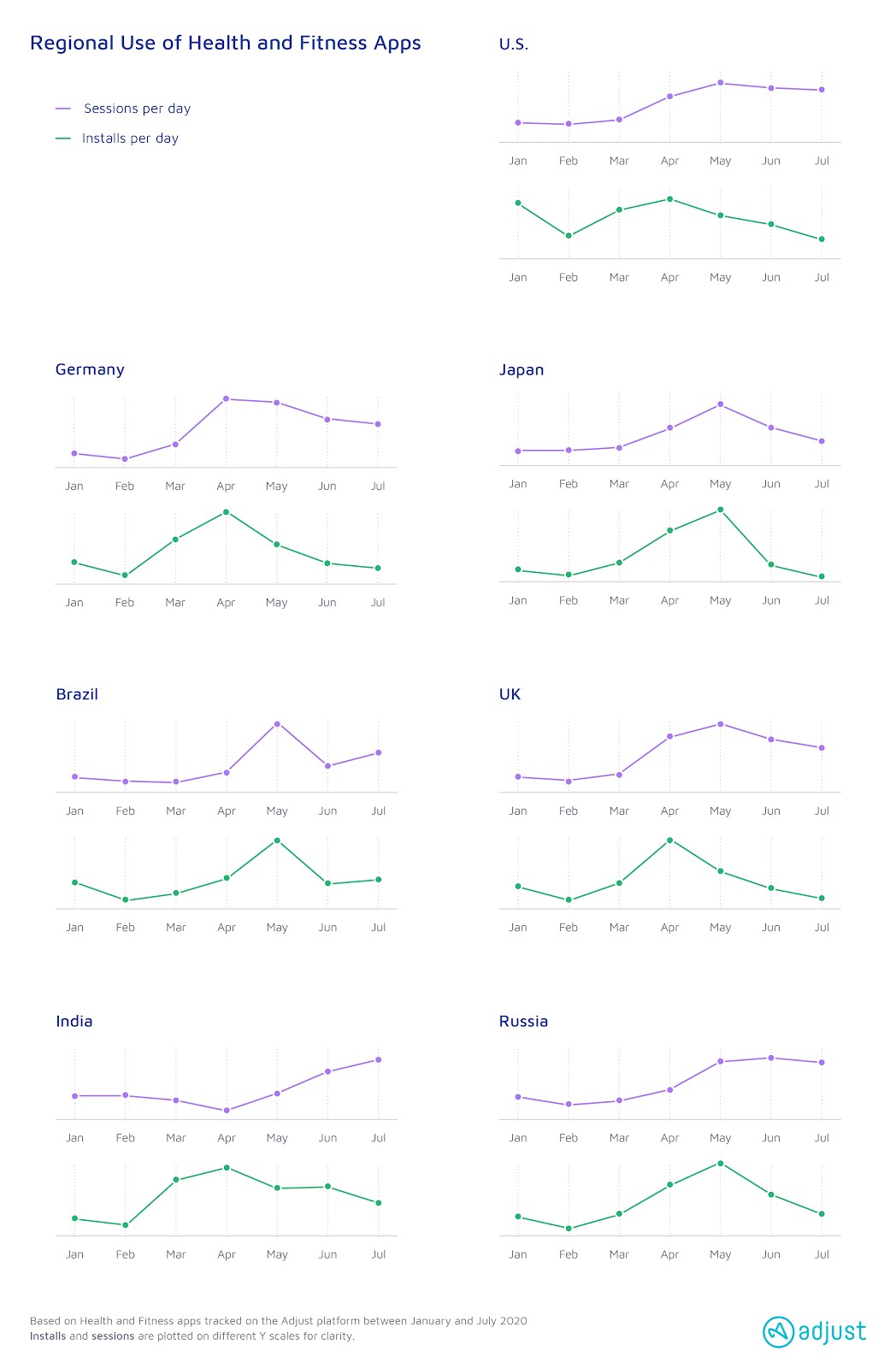