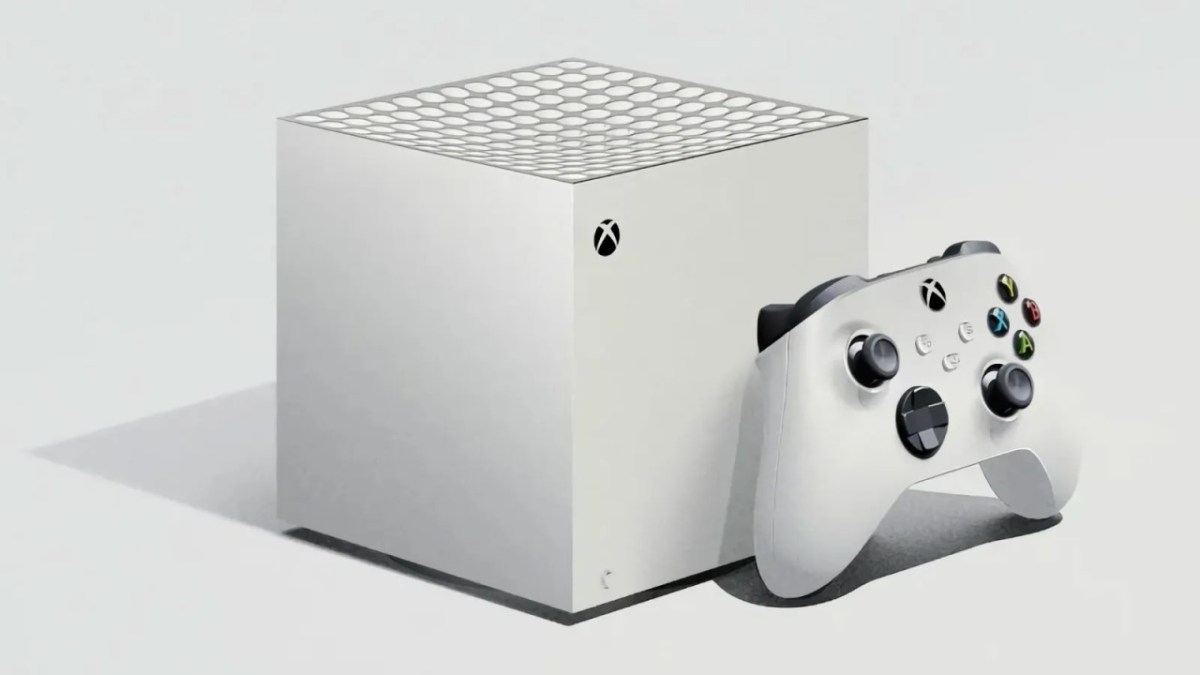 The Xbox Series S is inevitable at this point. Over the weekend, people began discovering retail versions of the updated Xbox controller for Xbox Series X. When they started tearing into that packaging, they found references to the Xbox Series S in the documentation. This all but officially confirms the existence of the more affordable next-gen Xbox from Microsoft. And that means now is a good time to talk about why a less powerful console makes so much sense.

Microsoft has spent the last two years talking about its plans for the next Xbox. But it focused all of that hype on the beefy Xbox Series X, which should launch with a processing-power advantage over the PlayStation 5. But the company is also secretly developing a second next-gen Xbox that should run all of the same games with similar graphics settings but at 1080p instead of 4K.

This is a savvy move by the Xbox team. Let’s explore why.

The underlying philosophy of the Xbox Series S is that many people still game on 1080p televisions. And while the 4K adoption rate is climbing, a significant percentage of people own 1080p displays.

But this concept runs deeper than the adoption rates of 4K TVs. Resolution is overrated when it comes to gaming — even if you do have a 4K set. If you sit 9 feet or more away from a 55-inch 4K television, you aren’t seeing the advantages over 1080P. That’s true even if you have 20/20 vision.

OK, then, let’s say you do sit in the sweet spot for your television. For our 55-inch 4K panel, that’s between 5.5 feet and 8.7 feet, according to inchcalculator.com. In this scenario, you will see an increased sharpness from 1080p. But I’m not sure that is worth the tradeoff even if you do notice it.

It takes significantly more processing power to push the 8.3 million pixels in a 4K image compared to the 2.1 million pixels of 1080p. And that means developers have to prioritize resolution over graphical effects and framerate. That’s a pretty shabby deal that you shouldn’t take.

As we’ve seen on PC for a few years now, most people aren’t making that exchange. If you don’t have a gaming PC, you’re probably under the impression that graphics cards are astronomically expensive. That’s because even the $1,200 Nvidia GeForce RTX 2080 Ti struggles to play most modern games on ultra-visual settings at a steady 4K60.

But GPUs are dirt cheap if you stick to 1080p. You can get a Radeon RX 570 for $130 that can easily handle almost any game at ultra settings at 1080p60. And on console, where you sit even further away from your display, 1080p makes even more sense.

Resolution-reconstruction techniques are the future

Now, I often game at 4K. I have an older 32-inch 4K G-Sync monitor that looks great and takes advantage of my powerful gaming PC. And I do notice the difference in many circumstances. Also, 4K is bigger than 1080p, and who wants to settle?

I think a lot of people feel this way due in part to Microsoft’s marketing. It has emphasized the importance of 4K since the launch of Xbox One X in 2017. And that would make it weird if the company suddenly turned around and said, “actually, resolution is overrated.”

I don’t think that’s what Microsoft is going to say. Instead, it’s likely going to start talking about next-gen resolution-reconstruction techniques. We already have this on PC with Nvidia’s deep-learning supersampling (DLSS).

DLSS is a machine-learning algorithm that models what a game should look like running at resolutions up to 16K. Nvidia then ships those A.I. models in its GPU drivers, and the video cards can use that data to rebuild a lower-resolution source to a higher-res final frame.

But simply, you can make a 1080p game look indistinguishable from a native 4K rendering using DLSS.

And Microsoft already has huge investments in machine learning. In June, it published a paper about using A.I. to reconstruct photographs.

With machine-learning, rendering a game at native 4K is going to seem like a pointless waste of resources. And the Xbox Series S could capitalize on that.

Many people don’t have 120Hz TVs

As for framerate, I would expect the Series S to support 120Hz, but I don’t know if most games will run at that framerate on the less powerful hardware. If people use the Xbox Series S on a 1080p TV, it’s probably a 1080p60 set.

It’s probably more important on consoles that games look the same on Series X and Series S in terms of graphical settings. And if that means sacrificing a lot of resolution and some framerate, then so be it.

Price is the most important factor

Everything here is contingent on how Microsoft positions it. Is Xbox Series S really a 1080p version of the Xbox Series X? If so, that’s great. If not, what are the other sacrifices fans should expect?

But more important still is the price. This is still a mystery for Xbox Series X and PlayStation 5 let alone the unannounced Xbox Series S. And while I think a sorta common wisdom has settled on $300, it wouldn’t shock me to see it for $400.

But we shouldn’t have to wait much longer to find out. Xbox boss Phil Spencer said that he has more to talk about in August. Expect that event to come in the last week of the month with all of the info about Xbox Series S and the details about Microsoft’s overall next-gen gaming strategy.

Esports — the next enterprise productivity tool?