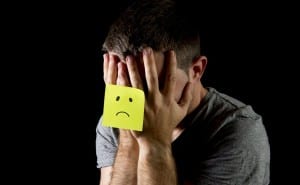 The White House might think it has the Chinese digital economy on the ropes, but once again the Law of Unintended Consequences has reared its curious head.

According to a research note written by Apple Analyst Ming-Chi Kuo, the iPhone manufacturer might see smartphone shipments decline by as much as 30% if it is forced to completely sever ties with Tencent-owned WeChat. Apple is not a company which is short of money, but investors might get a little worried if the Chinese market effectively disappears.

“Because WeChat has become a daily necessity in China, integrating functions such as messaging, payment, e-commerce, social networking, news reading, and productivity, if this is the case, we believe that Apple’s hardware product shipments in the Chinese market will decline significantly,” Kuo states in the research note.

For those who are not familiar with Kuo, the analyst has a history of making correct predictions when it comes to the Apple business. If Kuo makes a comment, the technology industry tends to listen very keenly.

It is of course very difficult to quantify the impact of something which has not yet happened, but it is important to remember just how ubiquitous WeChat is as an application in China.

According to the most recent earnings call from parent-company Tencent, WeChat currently has 1.203 billion registered users, many of whom are either based in China, or are international customers who have links to China. Combining social media, message, eCommerce, news and payments, WeChat is Facebook, WhatsApp, Amazon, Twitter, Instagram and Google all rolled into one.

The iPhone might be somewhat of a status symbol in China, but if you remove compatibility with WeChat it becomes a lot less attractive. Just like the relationship between Huawei and Android, the devices might still be very good products, market leading in some regards, but without Android it becomes unappealing.

Current revenues in China are declining as there has recently been more patriotic trends to favour Chinese device manufacturers. Huawei has been the biggest beneficiary, however if you look back through the years you can see how valuable China is to Apple.

In Q3 2020, China only accounted for 15% of total revenues, though Kuo is presumably accounting for other devices in the international markets which also have WeChat. The 25-30% decline in shipments because of WeChat’s absence might be a worst case scenario with a slim chance of becoming reality, but there would almost certainly be a material impact on shipments in China.