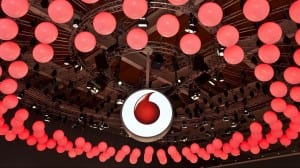 With Huawei effectively banned in the UK, Vodafone’s slow and steady progress with OpenRAN will be an encouraging sight to the industry.

There is a risk of getting carried away with the OpenRAN movement, but this is an important milestone. There has of course been progress, but it is always worth remembering this is an embryonic ecosystem where the interoperability of vendors has not yet been officially validated. It is a positive sign, but it will still be years before OpenRAN has a material impact on the telecoms industry, or at least the way money moves around it.

Today’s announcement is the first time a live Open Radio Access Network (OpenRAN) 4G site is up and running in the UK, at the Royal Welsh Showground in Powys in rural Wales.

“This is our first live OpenRAN site in the UK, and that’s an important milestone,” said Vodafone UK CTO Scott Petty. “This new approach has the ability to make us less dependent on current larger technology suppliers and find ways to reduce the cost of rolling out mobile coverage. OpenRAN can also help close the digital divide between urban and rural Britain.”

“We have worked hard in recent years to improve the connectivity on site, in recognition of the need to provide a modern event venue where people can trade and communicate at speed,” said Steve Hughson, Chief Executive of the Royal Welsh Agricultural Society. “This site and further network improvements planned are key in our ambition of creating one of the best-connected rural event sites in the UK.”

While OpenRAN has been a topic of conversation for years, its importance has been accelerated thanks to anti-Huawei sentiment spreading throughout the world, while discussions have been raised to the boardroom as it becomes increasingly politicised. This technology is critically important to the creation of a sustainable and competitive ecosystem, but it is years from maturity.

When we asked Telecoms.com readers, only 16% thought OpenRAN was ready for market deployment today. 8% believe it will be ready to be embraced by the industry without reservation next year, while 26% said 2022. 36% thought it will be commercially ready in 2023 or beyond and the remaining 14% said it would never be anything more than a pipe dream.

Perhaps the number of live trials and the sheer force of will make it a certainty at some point in the future, but it remains to be seen when. Vodafone Group CEO Nick Read has said urban deployments could begin in 2022, while Vodafone UK CTO Scott Petty has targeted 2025 for a scaled deployment.

This could work favourable with the Government timeline, which states all Huawei equipment needs to be removed from the 5G network by 2027-end. For some telecoms operators, this also involves a 4G ‘rip and replace’ programme to ensure backwards compatibility.

While this is a very positive step forward, let’s not forget the OpenRAN ecosystem is nothing but hot air until the vendors prove the interoperability promise.

At some point this year, though when is unknown thanks to COVID-19 disruptions, Deutsche Telekom’s lab in Berlin will be transformed to focus on interoperability validation of OpenRAN compliant solutions. Vendors will be asked to produce products and solutions to be tested for interoperability with the rest of the ecosystem. Until these tests take place, interoperability and ‘openness’ is purely theoretical.

Vodafone is taking a leadership position is this rapidly developing ecosystem but be wary when politicians proclaim too much confidence in OpenRAN. It is critical and progress is certainly encouraging, but it is still early days.

How live sports is addressing the problem of invisible fans