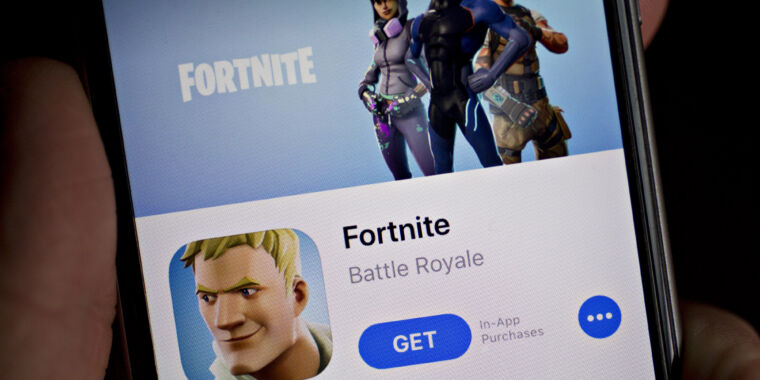 Update 7:05pm EST: Google has now followed Apple’s lead, removing Fortnite from the Google Play store (that link goes to the former Play store page for the game). You can still download Fortnite on Android directly from Epic.

“The open Android ecosystem lets developers distribute apps through multiple app stores,” Google said in a statement. “For game developers who choose to use the Play Store, we have consistent policies that are fair to developers and keep the store safe for users. While Fortnite remains available on Android, we can no longer make it available on Play because it violates our policies. However, we welcome the opportunity to continue our discussions with Epic and bring Fortnite back to Google Play.”

Two years ago, Epic voluntarily pulled Fortnite from the Google Play store in an attempt to get around the platform’s 30 percent revenue cut. Though Epic drew millions of direct downloads without a Google Play listing, Epic reversed course and brought the game back to Google Play this April.

“Google puts software downloadable outside of Google Play at a disadvantage,” Epic said in April, “through technical and business measures such as scary, repetitive security pop-ups for downloaded and updated software, restrictive manufacturer and carrier agreements and dealings, Google public relations characterizing third-party software sources as malware, and new efforts such as Google Play Protect to outright block software obtained outside the Google Play store.”

Update 4:05pm EST: In a video message premiering in Fortnite‘s own Party Royale mode, Epic wrote that it has “defied the App Store Monopoly. In retaliation, Apple is blocking Fortnite from a billion devices. Join the fight to stop 2020 from becoming ‘1984.’”

The video directly parodies Apple’s famous 1984 Macintosh advertisement, down to an Apple executive stand-in saying that users have “given us their songs, their labor, their dreams. In exchange we have taken our tribute, our profits, our control. This power is ours and ours alone. We shall prevail.”

The movie ends with the hashtag #FreeFortnite.

Update 3:45pm ET: Less than an hour after Fortnite was removed from the iOS App Store, Epic announced it has filed a complaint for injunctive relief with a Northern District of California federal court.

The 61-page document makes reference to Apple’s famous 1984 Macintosh ad, arguing that today, “Apple has become what it once railed against: the behemoth seeking to control markets, block competition, and stifle innovation. Apple is bigger, more powerful, more entrenched, and more pernicious than the monopolists of yesteryear. At a market cap of nearly $2 trillion, Apple’s size and reach far exceeds that of any technology monopolist in history.”

Epic is seeking an injunction against Apple’s “anti-competitive conduct” and a decision finding that Apple’s developer terms regarding App Store approval and in-app purchases are “unenforceable.”

Apple in a statement described Epic’s move as an “unfortunate step.” The statement continued:

Epic enabled a feature in its app which was not reviewed or approved by Apple, and they did so with the express intent of violating the App Store guidelines regarding in-app payments that apply to every developer who sells digital goods or services…

Epic agreed to the App Store terms and guidelines freely and we’re glad they’ve built such a successful business on the App Store. The fact that their business interests now lead them to push for a special arrangement does not change the fact that these guidelines create a level playing field for all developers and make the store safe for all users. We will make every effort to work with Epic to resolve these violations so they can return Fortnite to the App Store.

In a move seemingly calculated to be both an enticement to players and a middle finger aimed directly at Apple and Google, game developer Epic today began offering a discount for Fortnite players who use Epic’s own direct payment system for in-game purchases.

The “Fortnite Mega Drop” is a permanent 20-percent discount on purchases across all platforms, Epic announced today. Players on traditional consoles (Playstation 4, Xbox One, and Nintendo Switch) and on PC or Mac computers will get the discount automatically. Players on iOS and Android can choose between Apple App Store / Google Play Store at the regular price or, immediately below, the same item through Epic direct payment at a discount. Players who purchased V-Bucks or real-money items since July 14 will also see a retroactive bonus, Epic said.

Fortnite initially launched on Android outside of the Google Play Store, explicitly citing Google’s 30-percent cut of revenues as a reason why. (It is not possible for apps to launch on iOS outside of Apple’s App Store.) In April, however, Epic gave up on side-loading and moved to the Play Store.

“Google puts software downloadable outside of Google Play at a disadvantage,” Epic said at the time, adding that Google employs “technical and business measures such as scary, repetitive security pop-ups for downloaded and updated software, restrictive manufacturer and carrier agreements and dealings, Google public relations characterizing third-party software sources as malware, and new efforts such as Google Play Protect to outright block software obtained outside the Google Play store.”

Tim Sweeney, Epic’s founder and CEO, has been expressing dissatisfaction with Apple’s cut of in-app purchases for months. “Apple has gone crazy,” he wrote in a series of tweets last month. “Truly, Apple has no right to take any percent of any company’s revenue just because they made the phone people use to access the stuff.” He went on:

If Apple had the way, they’d block the web and make arbitrary decisions about what pages you’re allowed to visit … and then demand 30% of the revenue from every company that does business on the web. The tying of the operating system to a monopoly software distribution channel and monopoly payment processor and monopoly tax doesn’t need “policy tweaks,” it needs to stop. All of these components must be unbundled to support fair competition among stores, apps and suppliers.

Epic is the latest in a long line of app developers worldwide to reach a breaking point with Apple and Google over mobile distribution.

European Union regulators this summer opened a formal investigation into Apple’s pricing strategy following a 2019 complaint from Spotify. “Apple requires that Spotify and other digital services pay a 30% tax on purchases made through Apple’s payment system, including upgrading from our Free to our Premium service,” Spotify founder and CEO Daniel Ek wrote at the time. “If we pay this tax, it would force us to artificially inflate the price of our Premium membership well above the price of Apple Music. And to keep our price competitive for our customers, that isn’t something we can do.”

Messaging app Telegram also filed a complaint with EU regulators this year about Apple’s App Store. And ProtonMail founder and CEO Andy Yen earlier this month wrote a blistering post that accused Apple of “holding all of us hostage,” adding that its policy is “virtually indistinguishable from a protection racket.”

US regulators are also questioning if Apple’s take is within the boundaries of competition law. Reps. Hank Johnson (D-Ga.) and Lucy McBath (D-Ga.) took Apple CEO Tim Cook to task during a marathon antitrust hearing last month, after a year-long probe into the company’s business found that some major developers, such as Amazon, were able to negotiate preferential treatment.

Google and Apple are also both facing antitrust probes by the Department of Justice relating to their business practices. The details of those probes are not public, but the App Store and Play Store are both widely believed to be among the topics under investigation.

Kyle Orland contributed to this report. 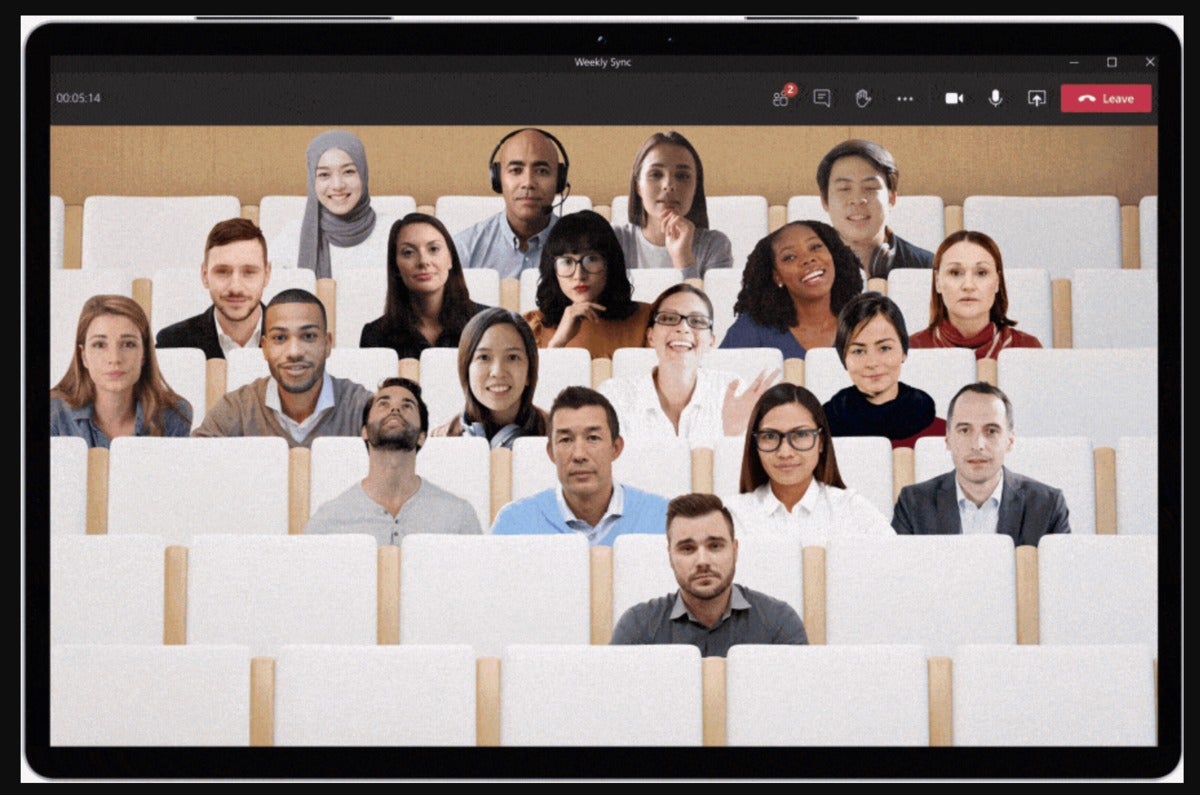 Gartner: Smartphone sales fell in Q4 2019, with mixed fortunes for Apple and Huawei