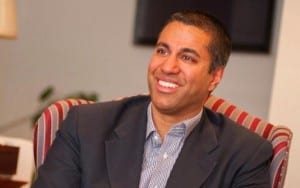 FCC Chairman Ajit Pai is on cloud nine after an appeals court dismissed a challenge to new rules intended to speed up the deployment of 5G infrastructure.

The rules in question, which were first introduced in September 2018, placed a shot clock on local authorities to consider planning permissions, but also limited the amount which could be charged as fees. These rules were welcomed by the industry, which has often complained over excessive red tape.

The rules were of course challenged by more than a dozen city and local authorities through the relevant legal channels, attempting to retain the sluggish status quo. Those in the telecoms industry will be thankful the courts ruled in support of the FCC rules.

“Today’s decision is a massive victory for US leadership in 5G, our nation’s economy, and American consumers,” said Pai.

“The court rightly affirmed the FCC’s efforts to ensure that infrastructure deployment critical to 5G – a key part of our 5G FAST Plan – is not impeded by exorbitant fees imposed by state and local governments, undue delays in local permitting, and unreasonable barriers to pole access.”

Like most democratic countries, US telecoms operators are jostling with bureaucracy as a hurdle to 5G network deployment. The rules are attempting to simplify the process, and it does seem all the pieces are falling in place for the US telecoms industry.

Alongside the scything of red tape, the FCC is also freeing up more valuable mid band spectrum. The US telecoms operators are delivering a poor 5G experience currently, despite what the creative marketing departments say, and this is primarily due to a lack of mid band spectrum.

The CBRS spectrum auction is entering the final stages, while the Department of Defense has said it would also share some airwaves, freeing up another 100 MHz of mid band spectrum. The FCC is seemingly delivering on its promise to ease the process of network deployment, creating a regulatory landscape which favours the telecoms operators.

Tips for Your Disaster …

Is identity theft the cyber crime consumers fear most? – Telecoms.com