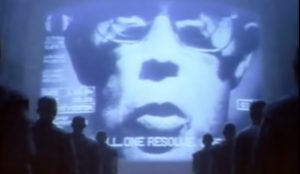 The simple fact of the Apple App Store is that if you want to sell your apps and services to the affluent iOS installed base, you have to play by Apple’s rules, which include its pound of flesh. Even handing over 30% of any revenue taken via the app store has historically been deemed a price worth paying for the opportunity, but it seems Apple’s total inflexibility on this matter is turning some powerful companies against it.

The dam was broken by developer Epic, which decided to publicly martyr itself having apparently made no progress in its negotiations with Apple (and Google, it should be noted). One part of its strategy seems to have been to turn public opinion against Apple and paint it as a heartless corporate bully. It may also have been seeking to goad Apple into an over-reaction, something that Microsoft and the court’s intervention indicates it succeeded in doing.

In the same week Apple has faced resistance from major app store partners, including Facebook and the Daily Mail, due to changes being introduced in the latest version of iOS. Specifically this concerns Identifier for Advertisers, which facilitates targeted advertising, and a new feature that make the default setting for users opt-out rather than opt-in, as it currently is. There may well be good reasons to do this, but the way Apple has gone about it seems to have, once more, alienated its partners.

Now it’s reported by Reuters that Facebook has a further grievance against Apple. Facebook announced a new online events feature a couple of weeks ago that claimed to offer ‘the ability for businesses, creators, educators and media publishers to earn money from online events on Facebook.’ Apple, however, still insisted on taking its 30% of the action, so Facebook wanted to place a ‘transparency notice’ on the service, notifying prospective users of the Apple tax.

Apple apparently didn’t like this being made so prominent and told Facebook it couldn’t offer the service to iOS users until that notice was removed. “Now more than ever, we should have the option to help people understand where money they intend for small businesses actually goes,” Facebook said in a statement to Reuters. “Unfortunately Apple rejected our transparency notice around their 30% tax but we are still working to make that information available inside the app experience.”

Apple has maintained its customary sullen silence on the matter and we don’t yet know if Facebook had a similar experience with Android, although Reuters could find no sign of a notice there either. Which brings us to the real issue at the heart of all this corporate arm-wresting: the Apple/Google duopoly over the presentation of electronic goods and services to the market via smartphones.

A duopoly is just one better than a monopoly and in some ways is worse, because it creates an exaggerated impression of competition. Just as harmful as a monopoly to the public is a cartel, in which supposedly competing players conspire to elevate all of their prices in unison, thus defrauding the public by choosing not to compete. A duopoly makes cartel-like behaviour easy to implement without even having to conspire, as all it takes is for one player to price-match the other.

Apple charges a 30% commission on digital goods and services sold through its app store and, by amazing coincidence, that’s also exactly what Google charges through the Play Store. In other words, if you want to sell to any smartphone user there is currently no competition over the rates you pay, which seems profoundly unhealthy.

Most of the bad publicity over this matter is currently being fielded by Apple, but Android has a far bigger installed-base, so is the more significant player in that respect. Maybe companies like Epic and Facebook are targeting Apple because they think it cares more about its public perception and they could well be right. If Apple doesn’t start showing a bit more flexibility towards its App Store partners soon, its precious brand could suffer permanent damage.

Huawei says ‘survival is our first priority’ in 2020 as western boycott bites |...

Sensor Tower — Animal Crossing: Pocket Camp gets a boost thanks to New Horizons