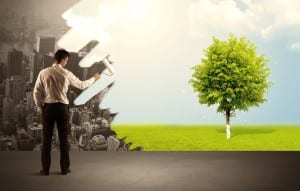 Australian telco Telstra claims to have achieved its goal of being carbon neutral, though there is still plenty of work to be done to improve its green credentials.

The sustainability agenda in the telecoms industry has been given a surge in recent months, as more CSR (Corporate Social Responsibility) objectives are planted in the greater corporate strategy. The general public, and increasingly investors, are paying more attention to the sustainability credentials of an organisation, and few industries are getting as much attention as the telcos. Afterall, running a communications network is a very energy intensive activity.

In Australia, Telstra has been awarded carbon neutral certification from Climate Active, a joint initiative between the Australian Government and business to drive forward the sustainability agenda.

“Today we are proud to announce that we have been certified carbon neutral in our operations, receiving Climate Active’s largest certification in Australia,” said Lyndall Stoyles, Telstra’s General Counsel.

“We’ve also become the second telecommunications business in Australia to do so behind our Belong brand, who gained certification in December last year.”

While this might seem like little more than a PR exercise, there are benefits in creating a more efficient network and operations. If you ask any CTO in the telecoms industry the money spent on powering the network is a substantial strain on the spreadsheets. There is incentive to incorporating more energy efficient, greener solutions.

However, what you also have to remember here is this is a combination of green initiatives and spending money in the right way. Alongside the sustainability initiatives, the team has also purchased 2.3 million carbon offset credits to get below the threshold for the accreditation.

Becoming carbon neutral can be done through numerous means, but usually corporations make the title sound much grander. By purchasing carbon credits, critics have suggested this is effectively a government-endorsed scheme of hush money. By paying for credits, carbon emissions are offset by funding sustainability initiatives, but the underlying problem has not been addressed.

Telstra has done some good work to gain this accreditation, it has saved 13,000 MWh of energy through energy efficiency initiatives and a further 18,000 MWh through decommissioning old equipment, but it would not have crossed the finishing line without the purchase of said credits.

Telstra should be suitably applauded, but context should also be afforded to the situation. If you have a big enough bank account, anyone could be carbon neutral without doing much work at all.