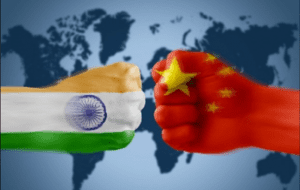 India has made moves to restrict Chinese investment, is on the way to block vendors from state networks, and now has banned 59 apps from the country, including TikTok and WeChat.

The relationship between the two countries is already tense, but this move from the Indian Government is hardly going to help matters. Blocking 59 applications in the pursuit of national security is a move which may well encourage some sort of retaliation from one of the world’s two economic superpowers.

“The Ministry of Information Technology has received many complaints from various sources including several reports about misuse of some mobile apps available on Android and iOS platforms for stealing and surreptitiously transmitting users’ data in an unauthorized manner to servers which have locations outside India,” a statement reads.

“The compilation of these data, its mining and profiling by elements hostile to national security and defence of India, which ultimately impinges upon the sovereignty and integrity of India, is a matter of very deep and immediate concern which requires emergency measures.”

The full list of blocked applications is at the foot of this article, but it includes some very popular applications including social media sensation TikTok, Baidu’s mapping and translation tools, strategy game Clash of Kings and what looks like the majority of Tencent’s app portfolio.

The Indian Cyber Crime Coordination Centre and Ministry of Home Affairs have both made recommendations to the Ministry of Information Technology which have resulted in the department invoking powers under section 69A of the Information Technology Act to block these applications. Although this is a move which will grab headlines today, this is only the latest chapter in this on-going tale of tension.

In April, it was suggested the Indian Government changed rules on foreign direct investment to require specific clearance for an investment coming from countries India shares a border with. China was not mentioned specifically, but it was clear this is where the rules were directed. And earlier this month, the Government was reportedly making moves to block Huawei and ZTE from supplying equipment to BSNL and MTNL, the two state-owned telcos in the region.

While it does appear India is siding with the US in the on-going conflict with China, this does seem to be a U-turn.

At the beginning of the year, India gave Huawei the greenlight to run 5G trials with its telecoms operators, while its approach to data localisation grabbed the attention of the US. At this point, the US threatened to limit H-1B work visas for nations who force foreign firms to store data locally.

The US and India seemed to be at odds, but perhaps a shift in political allegiances is being manufactured currently. Limitations placed on Chinese companies, as well as outright bans, is certainly a strategy which would gain favour in the White House as President Donald Trump attempts to inhibit the growth and influence of its rival economic superpower, China.

To understand the reasons why India is perhaps cosying up to the US, you have to consider the overarching economy. Looking at the latest OEC data, the US is the biggest destination for exports, accounting for 16% of the total. China sits as the third largest destination, but at 5.1% of the total.

US goods imports (e.g. precious metals or pharmaceuticals) from India totalled $54.3 billion in 2018, while services were an estimated $29.6 billion. The goods imports are critical for industries critical to India today, while the services (e.g. IT) are paramount for the country’s digital transformation projects.

Siding with the US might be somewhat of a pragmatic move from India, picking a winner and protecting the economic benefits which it realises today.

Can the cloud save you money? These companies say yes

An Interactive Land Use Map

The U.S. Department of Homeland Security tested technology that can recognize masked faces

Alibaba unveils Xunxi, a pilot factory it has been operating for three years for...