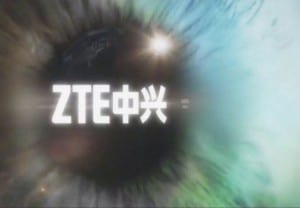 Chinese kit vendor ZTE has won the bid for a bunch of work on the standalone 5G core of China Mobile.

Any deal win with China Mobile is significant as it’s the world’s largest mobile operator. It is generally expected that the majority of any such work will be given to Chinese vendors, as that’s the way things seems to be done over there. Most recently China Mobile awarded 86% of its 5G RAN work to Chinese vendors, with ZTE getting around 30% of the work.

It’s hard to work out precisely how big a piece of the 5G core pie ZTE has got, because the English language press release seems to have just been put through Google Translate, but it looks like ZTE did a bit bet in the core than it did the RAN.

That number still puts ZTE well behind Huawei, Ericsson and Nokia. But is still a decent tally. Huawei doesn’t seem to have made any announcements regarding its share of Shina Mobile’s 5G core work, but it seems safe to assume it got most of the remainder.

3GPP’s Release 16 timeline hangs in the balance thanks to coronavirus – Telecoms.com

This year's Xbox Games Showcase made it clear that Microsoft's true focus for next...

Meet unc0ver, the new jailbreak that pops shell—and much more—on any iPhone

Verizon and Twitch hurl 5G at game-streaming to see what sticks – Telecoms.com