Home Business Zoom’s flaws ungraciously exposed as it heads towards the executioner’s block –... 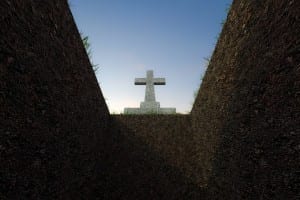 Three months ago, most people would not have been able to tell you what Zoom was, but now at the centre of privacy debacles, the video-conferencing business might be knocking on deaths door.

Over the course of the last week there have been several incidents. Individually, the team might have had a chance of fighting back the critics, but with the company being attacked on so many different fronts, it seems only a matter of time before the video-conferencing tool once again fades into anonymity.

These events occurred alongside the UK Government getting suspicious of the privacy and security credentials of Zoom, while the University of Toronto’s Citizen Lab exposed the inadequacies of the encryption software and also questioned why some international calls were being routed through Chinese servers. Who and where the technology was developed is also another dubious avenue, with further links to China being unveiled.

With all this happening at the same time, the last thing which Zoom needs is politicians weighing into the debate.

Senator Michael Bennet has written to Zoom CEO Eric Yuan asking for clarification on what information is collected from users, who is sells it to and how much money it makes from these transactions. Senate House Energy and Commerce Committee Chair Frank Pallone is another calling for an enquiry, as is Consumer Protection Subcommittee Chair, Jan Schakowsky, backing the demands of Senator Richard Blumenthal.

I am calling on FTC to investigate @zoom_us. Zoom’s pattern of security failures & privacy infringements should have drawn the FTC’s attention & scrutiny long ago. Advertising privacy features that do not exist is clearly a deceptive act.

One sentence which Zoom will be dreading to hear is FTC Investigation, but it is becoming a very real danger. And once an agency like the FTC starts investigating privacy and security concerns, as well as links to foreign powers who are on the US naughty list, life can become very difficult.

FTC Chairperson Joseph Simons has previously suggested that when significant privacy concerns are voiced in the press, an investigation is already on-going or is about to begin. Considering the anti-China rhetoric, it would not take much to gather support for such an investigation.

At a time where all Zoom employees need to be focused on creating a product which meets the demands which are being placed on it, the distraction of an FTC investigation is unlikely to be welcomed. These are sticky and messy affairs, which absorb a considerable amount of time. You only have to look at the difficulties Facebook has encountered, but with 20X more employees than Zoom, it was in a much more comfortable position.

In response to the criticism, Zoom CEO Eric Yuan has once again penned a blog post.

“To that end, I am excited to announce two developments: we have officially formed our CISO Council and Advisory Board, including security leaders from across industries; and Alex Stamos has joined Zoom as an outside advisor to assist with the comprehensive security review of our platform,” said Yuan.

Zoom is scrapping and scraping to prove its worth, but each day seems to be one paddle stroke further down sh*t creek. Privacy questions are bad news, especially when there are alternative services on the market. Facebook has managed to shake off the scandals and negative perceptions because there is nothing else out there quite like Facebook; Zoom is certainly not in the same position.

Bharti Airtel teams up with AWS for digital transformation in India

How AI-Based VERSO is Catering to Pharma Industry’s Needs