Home Business Why is Google so interested in Fitbit? – Telecoms.com 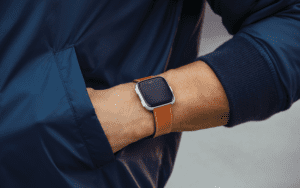 In early November, Google announced it was acquiring Fitbit for $2.1 billion, a transaction which has polarised opinion. But why is Google interested in a faltering wearables brand?

Acquisitions in the technology world are not unsurprising, especially when it comes to search engine giant Google. This is a company which is constantly pushing the boundaries of normality, testing ideas outside its core competencies and exploring for the next multi-billion-dollar business.

The question which remains in the minds of some is whether Fitbit could be the catalyst for profits, or if this is an unjustified expansion of Google’s ability to pry into the personal lives of users around the world.

$2.1 billion for a failing wearables business

When talking about wearables, it used to be impossible to avoid Fitbit. This appeared to be one of the very few companies who could turn a profit in a segment which flattered to deceive. Until recently that is.

Looking at the financials of Fitbit, the business was heading south very quickly.

In 2015, Fitbit was a rapidly growing wearables brand turning a tidy profit. What made this even more impressive is the failures of almost everyone else to crack the market; wearables was a segment which no-one else seemed to be able to make work, not even Apple.

The trick with Fitbit was simplicity. It didn’t try to take on traditional timepieces with a clunky digital alternative which still had to be tethered to a smartphone, it produced a simple fitness device. It identified a need and fulfilled a purpose, without trying to be too clever.

The issue which it has faced in recent years is two-fold. Firstly, wearables become more mainstream and demanded more functionality. And secondly, mainstream brands were allocating big marketing budgets.

Fitbit attempted to evolve its offering, creating more devices which were more in-line with the smartwatch image of today, but it struggled to compete with the likes of Apple and Samsung when it came to functionality, design, marketing and acquiring new customers who had not previously been interested in wearables. It failed to evolve, adapt and expand.

That said, the barebones of a successful business are still there.

The resurgence of Fitbit as a competitive force

Fitbit is an interesting acquisition for Google. It has a solid and reputable fitness brand, a loyal customer base as well as existing products and IP. The fundamentals of a good business are in place, the reason Fitbit failed is it was not able to advance its business model to the next level of development.

This is where Google can help.

With the Fitbit team concentrating on developing new products, the software and services element can be delegated to the Google engineers. With an army of software experts and existing products, Fitbit could certainly emerge as a fighting force on the wearable scene once again.

Aside from the Android operating system which has Google has created for the wearable ecosystem, Wear OS, there are numerous other services which could be more closely linked to the Fitbit products such as Google Maps and YouTube Music. The products could also benefit from the work Google is doing into new areas such as the voice user interface and gesture control.

Bringing together the Fitbit hardware experience, IP and brand, with Google’s OS expertise and software engineering smarts is a very attractive mix.

Why would Google care about the wearable segment?

Firstly, Google is interested in any idea which can make money, and with the right care and attention, as well as patience, you can make money out of just about anything.

Secondly, the wearable ecosystem allows Google to operate in an area where it currently doesn’t.

And finally, wearable products allow it to buildout other investments in areas such as healthcare and smart cities.

Just like the smart speaker products Google launched in recent years, the greater opportunity is not to profit from product sales, but to build a services ecosystem behind the hardware. Fitbit products with Wear OS allow Google to interact with customers in a new setting, in a new way, while collecting new data.

This data can of course be used to supplement existing advertising models, hyper-targeted messaging is where the money is after all, but it can also offer Google the opportunity to build new services. With a portfolio of fitness related products, Google can collect new data to create new applications as well as buildout the development of existing ideas.

For example, Verily is a research organization devoted to the study of life sciences. Verily works with academia, hospitals and health systems and life sciences companies to improve healthcare. The work is of course technology focused, making best use of data to augment the healthcare industry, and the addition of a portfolio of health and fitness wearable products would improve this proposition.

Another example is Sidewalk Labs, an ‘urban innovation’ investment from Google. The concept of smart cities is quickly gathering steam, and should the right investments be made, software companies could make billions. Wearable devices will be an important element of the smart cities for identification and authentication with public services, payments and interaction with other applications which could emerge.

These are two ideas which already exist in the Alphabet family, but Google does not currently have a venture into fitness and lifestyle. Fitbit it an entry point.

Owning the OS is critical to owning the ecosystem

Google is one of the most successful companies in the world because it manages to position its products and brands in front of people. And perhaps the most important acquisition it made in its history was Android.

The operating system, founded in 2003 by Andy Rubin, ensured Google powered the majority of smartphones across the world. It is free for smartphone manufacturers to use, but this comes with conditions; certain applications have to be installed as default. Aside from these products being very good, accessibility is one of the reasons they are so popular.

Wear OS, the operating system for wearable devices, offers Google the same opportunity. If users are tied into the Wear OS ecosystem, Google can build services and monetize the audience.

However, success for Wear OS has been wayward to date.

Apple devices use WatchOS, Xiaomi have their own as well, Garmin has developed one internally, Tizen is a Linux-based primarily by Samsung, while Fitbit also had their own. No-one was really that interested in Google’s OS when they have proprietary software, as this would mean handing data and the controlling stake in the software ecosystem to Google.

Purchasing Fitbit offers Google the opportunity to get Wear OS into the wild, collecting data to improve its capabilities. Without the Fitbit acquisition, Wear OS would most likely have dwindled and died, but if the Fitbit brand can be reinvigorated, there is every chance Google could be very influential in this segment. Especially as Fitbit already have a health-orientated brand perception.

The Google business is built on data. The algorithm powering search engines only works well because it is constantly trained to improve accuracy of results. Google advertising is only successful because it is hyper-targeted. The Maps products constantly need to be fed data to ensure route-planning is most efficient, local businesses are listed and preferences are honed to the user.

Fitbit offers some extraordinary data, which would be very useful for companies like Google.

To make best use of fitness-based products and applications, additional information on the user is often needed. Weight, height, fitness and lifestyle objectives, eating habits are some examples which can be plugged into the application. These devices also track user location, how and when they exercise, heart rate, and sleep patterns. Analysing this information is very useful for fitness-orientated users, but it is also incredibly valuable to advertisers.

It is always worth pointing out that the more people making use of Wear OS, the more data Google is collecting to fuel the advertising machine. Thanks to Deepmind, Google’s AI powerhouse, all of Google’s service make use of user insight to improve the accuracy and profitability.

This is where some of the objections to the Fitbit acquisition have been directed.

How much is too much insight?

There are many in society who are uncomfortable with the amount of information the internet giants, not Google alone, have already and how much additional access they are gaining through acquisitions. There are some who like the idea of Google purchasing Fitbit, but there are also others who question whether this is handing too much power and influence to the search giant.

Some might question how much of a window Google should be given into the personal lives of people around the world.

“The most critical issue is Google’s acquisition of Fitbit’s trove of health and biometric data,” the Electronic Frontier Foundation, an opponent of the acquisition, said. “Obtaining that data will help Google both improve its advertising business and significantly expand its data empire.

“Google’s acquisition of Fitbit will also deprive users of one simple, meaningful choice they could have made: to track their health and fitness without putting that data into Google’s ecosystem.

“And where users have already made this choice—by buying and using Fitbit devices prior to the acquisition—an acquisition destroys those user choices, retrospectively opting them into Google data collection despite their revealed preference to use a Google competitor.”

The Electronic Frontier Foundation has two objections to Google’s acquisition of Fitbit. Firstly, Google is getting too much personal information. A single, private organisation should not have such power. And secondly, such an acquisition would restrict competition in an already restrictive segment.

On the competition side of things, there is a valid point.

Not only is the smartwatch and wearable segment pretty small already, competition is the digital advertising space is also limited. Should Google expand further it would become more powerful in the advertising game, potentially killing off rivals.

The Electronic Frontier Foundation is not alone with its objections to the deal, and the concerns are not going unheard.

In the US, the Department of Justice is considering the impact of the acquisition in terms of data collection and privacy as well as market competition. Down in Australia, the Australian Competition and Consumer Commission (ACCC) has launched a similar investigation which is due to conclude on May 21.

By acquiring Fitbit, Google gives itself a leapfrog in the wearable OS segment, it builds out investments in healthcare and smart cities, creates additional revenue streams, allows it to drive forward another ecosystem in its own vision and adds more valuable data into the advertising machine.

For Google, this is an incredibly intelligent acquisition, $2.1 billion well spent.

However, if it is to be successful it has to develop this business intelligently. The Wear OS team should focus on the development of the operating system and supporting ecosystem, while the Fitbit engineers should be empowered to create excellent devices, whether they are simplistic fitness trackers or complex smartwatches.

But the question is not whether Google is smart in acquiring Fitbit, more whether it should be allowed to. The acquisition would enable Google access to a treasure trove of very personal information, as well as posing a potential risk to competition. The internet giants have already demonstrated a sluggish attitude to data privacy, and this transaction offers access to some very personal information.

Authorities will have to assess whether Fitbit would have survived on its own, which looking at the financials is unlikely, and whether Google should be allowed to expand its influence and power through the acquisition of more data.

Google Cloud Next OnAir analysed: Customers, confidentiality, and competing above the compute stack

Free Technology for Teachers: Where I’d Like to Go

How to Record an Instructional Video in Wakelet

How many robot helpers are too many?

AI Weekly: The future of tech policy after an attempted coup