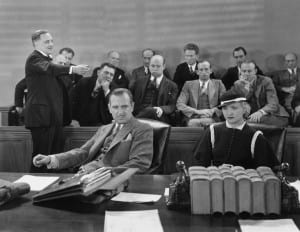 Washington State Attorney General Bob Ferguson has filed a lawsuit against Facebook for selling political ads without maintaining information for the public as required by campaign finance law.

The social media giant is of course familiar with the inside of a courtroom, and it might be more at home in Washington State having been sued for exactly the same offence in 2018. Facebook settled the previous lawsuit for $238,000 in December 2018, $200,000 as a fine and $38,000 in legal fees, though it appears this was not enough of a deterrent.

“Whether you’re a tech giant or a small newspaper, those who sell political ads must follow our campaign finance law,” Ferguson said. “Washingtonians have a right to know who’s behind the ads seeking to influence their vote.”

Under Washington State campaign finance law, Facebook is required to publish the sources and payments of political advertising within 24 hours of publication. This information include the name of the candidate or measure supported/opposed, name and address of the person who sponsored the advertising and the total cost of the advert.

However, perhaps the most mind-boggling decision it made in recent years was the decision not to hold political ads accountable to fact-checking thresholds other advertisers must adhere to. Politicians can effectively say whatever they like on the platform without fear of breaking the community guidelines and rules.

These policies are major contributors to the image of Mark Zuckerberg as a successful yet slimy and reprehensible individual with little respect for the users which have fuelled his fortune.

In this case, reported to the Public Disclosure Commission that Facebook had sold a total of 269 political ads for approximately $20,000 to 12 Washington state political committees without making the correct information publicly available. Facebook confirmed these ads, while the Commission also identified sales of an additional $500,000 worth of advertising to political bodies and individuals in the state which had not been properly accounted for in the public information records.

What is worth noting is these are the adverts which have been identified. Facebook could have profited more from these illegal activities, as some instances may have slipped through the net, though we suspect the Commission identified the majority.

With a Presidential Election Campaign on the horizon Facebook is likely to receive a significant amount of interest. President Donald Trump’s campaign demonstrated the power of Facebook’s hyper-targeted advertising platform during the 2016 Election, which perhaps explains why the social media giant is reluctant to ban/limit political advertising like Google and Twitter; it is a lot of money to be turning away.

What this new lawsuit needs to do is dish out an appropriate punishment, however.

Every corporation will push the limits of the law for financial gain and Facebook has demonstrated this assumption here. To ensure Facebook stays within the rules in the future, the penalty should exceed the financial gain. A fine which does not is no deterrent to be compliant in the future as there would be a net gain and no material consequence for the firm.

Filters, Captions, and Other Zoom Features You Might Have Missed

3 ways to get the most out of a multi-cloud