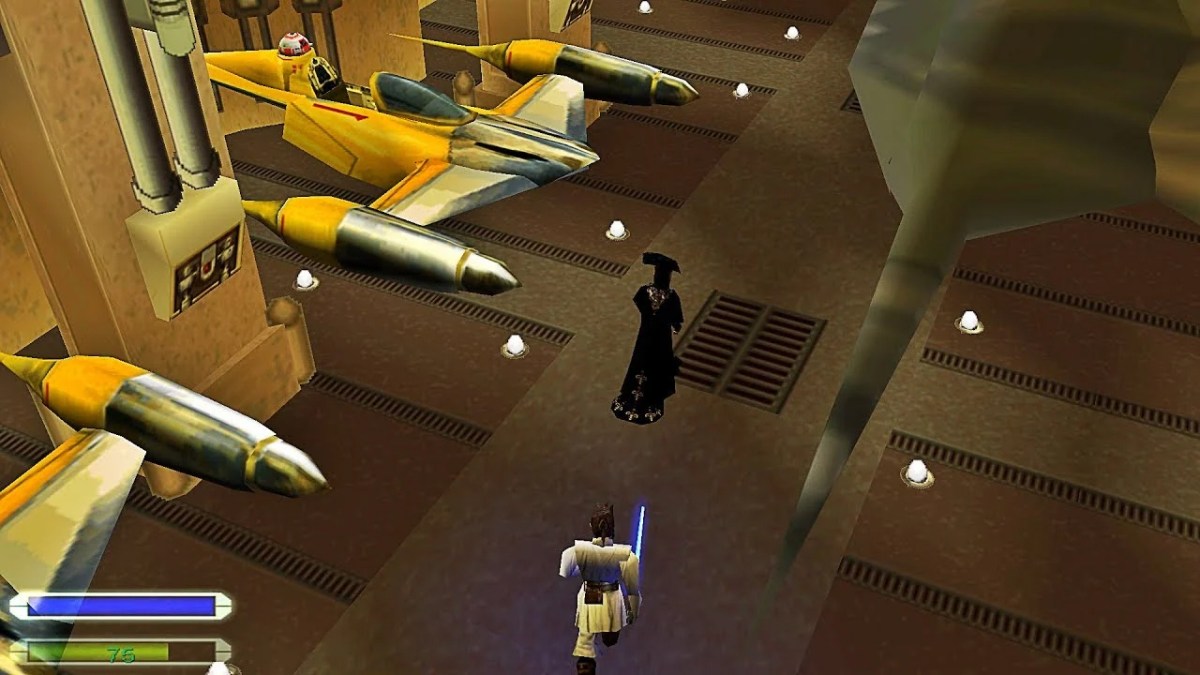 A lot of Star Wars fans are excited to see that Episode I: Racer is coming to Switch and PC on May 12. And, sure, I am too! But I can’t help but feel a bit bad for another game based on The Phantom Menace. In fact, I am talking about the game based off of that 1999 film.

Star Wars: Episode I – The Phantom Menace, the game, is just that. It’s a direct video game interpretation of the film. This is something we used to see a lot more of in the 1990s, with every major blockbuster having a video-game tie-in that retells the events of the movie. The Phantom Menace game came out for PC on the same day as the film, May 19, 1999. A PlayStation version followed on August 31.

I played it on PC back in the day, and the experience has still stayed with me. Part of that is just because of the incredible state of Episode I fever that was everywhere. Audiences were starved for new Star Wars movies, and the launch of The Phantom Menace was a cultural event. You couldn’t even go to a Pizza Hut without seeing giant Jar Jar Binks cardboard cutout. It all felt like a big deal, and the game was a part of that.

Now, if you’re looking at the screenshots or videos in this story, you may be surprised by how primitive the game looks. Yes, this is 1999, when polygons were limited, characters were blocky, and textures were blurry. But there was still something impressive about the Episode I game, especially with its scale. It retold the entire story of the film, often spending time on extra details not explored in the movie (including some extra screen time for Jabba the Hutt, who really just had a cameo appearance in the film).

You also got to play as several characters: the Jedi Obi-Wan Kenobi and Qui-Gon Jin, along with Queen Amidala and even her bodyguard Captain Panaka. The Jedi focused on their Force abilities and lightsaber combat, while Amidala and Panaka’s sequences had more of a third-person shooter vibe.

You can best describe Episode I as a third-person action-adventure game. You have a mix of melee and ranged combat along with some puzzles. But what really stands out is the Tatooine section. Here, the experience plays a bit more like an old-school LucasArts adventure game. As Qui-Gon, you explore the city and talk to its denizens as you search for a way to fix your ship. If you played the 3D LucasArts adventure games from this era, Grim Fandango or Escape from Monkey Island, this sequence will feel familiar.

Look, I’m not trying to suggest that the Episode I game is some massive hidden gem. It has not held up as well as other Star Wars games from that era, such as Episode I: Racer and Jedi Knight II: Jedi Outcast. It also has some glaring problems, such as an awkward camera angle that is positioned far too high above your character and some lazy voice-acting.

But The Phantom Menace also has a lot of merit. It’s a snapshot of a much different time in the history of licensed video games, when developers were struggling to make 3D experiences that felt like true interactive versions of the moves they were based on. Eventually, this practice became much too expensive and difficult to create with a release date guaranteed to coincide with the release of a film, so now we see movies flock to the mobile space for their licensed games.

Unlike with Episode I: Racer or other classic Star Wars games, this one is a bit harder to play these days. You won’t find it on Steam or GOG. But If you’re a fan of LucasArts adventure games, this game may be worth checking out just for that Tatooine sequence. Or maybe you’re just a big retro gaming nerd like me who loves seeing a low-poly version of a film as divisive and weird as The Phantom Menace.

Mafia II: Definitive Edition debuts as a remastered game in the Mafia trilogy

Why it is on the Rise