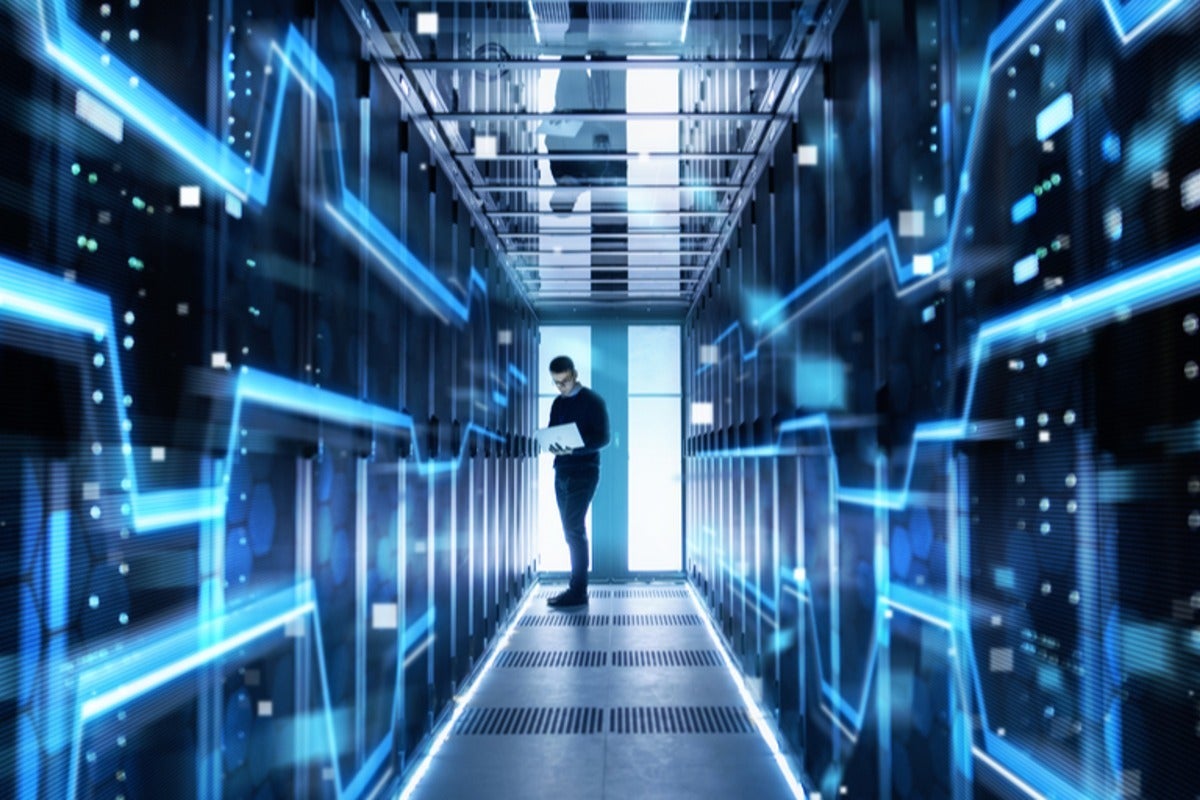 Just as the stage is set for 400G Ethernet (GbE) to roll out in force later this year, mainly in hyperscaler, telco and large data-center networks, there is a call to boost that speed to 800GbE or even higher in the coming years.

The need for increased speed in data centers and cloud services speeds is driven by many things ithe continued growth of hyperscale networks from players like Google, Amazon and Facebook, but also the more distributed and mobile workloads modern networks support.

This month, the Ethernet Technology Consortium, previously known as the 25 Gigabit Ethernet Consortium, announced completion of a specification for 800GbE this year. The ETC has more than 45 members, among them Arista, Broadcom, Cisco, Dell, Google, Mellanox and Microsoft.

According to the group, the 800 GbE specification introduces a new media access control (MAC) and Physical Coding Sublayer (PCS). “It essentially re-purposes two sets of the existing 400GbE logic from the IEEE 802.3bs standard with a few modifications in order to distribute the data across eight 106 Gb/s physical lanes. As the PCS is reused, the standard RS(544, 514) forward error correction is retained, for simple compatibility with existing physical layer specifications,” the group stated. A lane can be a copper twisted pair or in optical cables a strand of fiber or a wavelength.

“The intent with this work was to repurpose the standard 400GbE logic as much as possible to create an 800 GbE MAC and PCS specification with minimal overhead cost to users implementing multi-rate Ethernet ports,” said Rob Stone, technical working group chair of the Ethernet Technology Consortium in a post.

Another larger advocacy group, the Ethernet Alliance, which includes many of the same members as the ETC, will begin exploring 800GbE as well.  The Alliance will later this year host a one-day Technology Exploration Forum to focus on the trade-offs, use-cases and technology challenges surrounding the selection of what should be the next Ethernet rate.

“The Forum will bring together key experts from both the end user community as well as equipment and component manufacturers to discuss and debate these key issues with the goal of understanding end-user requirements and building consensus on what Ethernet’s next rate should be,” the group stated in a post.

“The focus of that event is to determine exactly the next step of after 400G – should it be 800G or 1 terabyte Ethernet or something else,” said Nathan Tracy, an Ethernet Alliance director, who is also technologist of the System Architecture Team and Manager of Industry Standards with TE Connectivity.

“The answer to that question is not simple, because while 800G is an obvious answer, cloud operators and others tell us how difficult it is to frequently have to refresh equipment and software for new rates, so we don’t want to go up a rate that is too small,” he said.

While 800GbE or even 1TbE might be the future, most attention these days is on 400GbE, which his really only now beginning to show up in some larger networks.

The Dell’Oro Group says demand for 400GbE from the broader market is expected to ramp up by the end of 2020 and early 2021, but 400 GbE and higher speeds are predicted to account for more than 25 percent of port shipments by 2024.

“Some hyperscalers have already started. For instance, Google started deployment of 400 Gbps back in 4Q18 because they elected to use 2×200 Optics which have an earlier time-to-market compared to other 400G optics. Amazon also started 400G deployment in 4Q19,” said Sameh Boujelbene, senior Director at Dell’Oro Group. “Optics will continue to play a vital role in the data-center switch market. The availability of high volume, low-cost optics is crucial in driving any speed transition.”

“We think a lot of the hard work has been done, and the hard problems have been solved with 400GbE, and the stage is set for it to be a real part of new build-outs going forward,” Tracy said.

Tracy said 400GbE products were – or at least would have been – the centerpiece of the Optical Fiber Communication Conference and Exhibition (OFC) 2020 in March, which was forced into virtual mode due to the COVID-19 pandemic.

Arista, Cisco, Juniper and many others in the 400GbE ecosystem were to demonstrate interoperability and the growing volume of 400GbE wares at OFC 2020. For example, the equipment in the “[email protected] 2020” Interoperability demonstration consisted of five switches and one router from three switch/router companies, FPGA evaluation boards from two FPGA companies, and copper and optical interconnects supplied by five interconnect and switch/router companies.

The major networking vendors working on 400GbE are reporting some degree of 400G implementation, but many point to serious rollouts later in the year or more likely in the first half of 2021. Of course, the overall impact of the COVID-19 pandemic might have some say in that as well.

Arista’s CEO Jayshree Ullal said during the company’s financial-analyst call in February that the company is performing early 400GbE trials and expects mainstream deployments this year, particularly in the second half.

“The cloud will play a big role, but it will also be some of the high-end enterprises and service providers as well. And so given the trials we’re seeing, we don’t expect material revenue of 400-gig until the second half of this year and really 2021,” Ullal said.

Juniper’s CEO Rami Rahim had similar thoughts saying some of its 400GbE products are being tested in customers’ labs, and, “We remained optimistic regarding our ability to secure wins. While early 400-gig deployments are expected to begin during the second half of the year, we do not expect material revenue to materialize until 2021 due to the availability and cost of optics,” Rami stated during the company’s earnings call in February.

“Ethernet chips and switch systems supporting 400GbE are available in the market but the major constraint for the 400GbE  deployment of is the high volume availability of optics and by high volume we mean hundreds of thousands of ports per quarter, Dell’Oro’s Boujelbene said.

While optical costs may slow things down the lack of products that support a key data-center interconnection (DCI) technology known as 400G ZR could also slow larger deployments, experts say.

“Those 400 Gbps optics for DCI, or 400GZR won’t be available until next year,” Boujelbene said.

The Optical Internetworking Forum and the Institute of Electrical and Electronics Engineers (IEEE) are working on 400G ZR standards which will go a long way in helping customers distribute data-centers or cloud-based resources where they are most effective. Hyperscalers and telcos also look at those 400G ZR technologies as key new-service enablers.

While all the talk of 400GbE or higher speed Ethernet grabs the spotlight, other much more modest speeds such as 2.4Gb to 100Gb are the dominant speeds supported by most networking gear these days. Dell’Oro says that nearly 290 million multi-gigabit (2.5/5.0 Gbps) Ethernet switch ports will ship over the next five years. In the meantime, 1G Ethernet will peak in 2021.

“We expect 2.5/5.0 Gbps to ramp significantly over our forecast horizon, driven mostly by Wi-Fi 6 access-point connectivity and high-end applications. In the meantime, while we predict 1Gbps to start a long-term decline in 2021, this speed is forecast to still drive two-third of the campus switch port shipments in 2023,” Boujelbene said.

In March, researchers at IDC stated that 100Gb Ethernet-switch revenues grew 24.7% year over year in the quarter and made up 18.3% of the market, down just slightly from 19.6% in the prior quarter. 100GbE shipments reached 5.8 million ports and $1.4 billion in revenue in 4Q19. 25GbE switch ports continue to see strong growth with port shipments rising 57.1% year over year in the quarter and up 7.4% sequentially. 10GbE port shipments grew 7% year over year while revenues decreased 13%. 10GbE made up 27.3% of all 2019 Ethernet switching revenues.

“Meanwhile, 1Gb remains the primary connectivity technology for enterprise campus and branch deployments, driving 1Gb port shipments to 133.6 million in 4Q19, growing 4.1% year-over-year, and making up 67.8% share of all ports shipped in the quarter and 40.3% of Ethernet switching revenues,” IDC stated.

This story, “Speed race: Just as 400Gb Ethernet gear rolls out, an 800GbE spec is revealed” was originally published by

What is R-Score & Why Your Organization Needs to Understand It