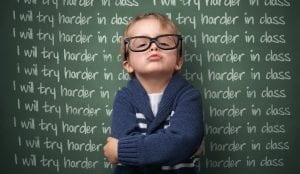 Ofcom has concluded its investigations into ITV and ESTV, after both TV stations were seemingly fanning the flames of the conspiracy theories which have linked 5G to the coronavirus outbreak.

Despite the tsunami of statements claiming there is no valid link between the presence of 5G antenna and the spread of COVID-19, there are still those deluded enough to believe the conspiracy theories. The outcome has been vandalism to telecoms infrastructure, the very networks used by the emergency services, as well as verbal and physical abuse to field staff, the individuals who are attempting to improve resilience and reliability of communications networks.

The situation has of course not been helped by TV stations seemingly adding credibility to the idiocy or ITV Presenter Eamonn Holmes casting doubt on the credibility of other news sources who have been denying the validity of the conspiracy theory.

Starting with the ITV debacle, Ofcom has ruled Holmes’ statement had the potential to cause harm because it could have undermined people’s trust in the views being expressed by the authorities.

“In assessing the potential degree of harm, we took into account that Eamonn Holmes did also state that ‘No-one should attack or damage’ mobile phone masts,” the Ofcom statement reads. “However, we considered that his statement overall potentially risked fuelling a volatile situation surrounding the 5G claims.”

The show in question took place on April 13, with Ofcom receiving 755 complaints. During one segment, Holmes was discussing the conspiracy theories with the programme’s Consumer Editor, Alice Beer, when he stated:

The only thing I would say, I totally agree with everything you are saying but what I don’t accept is mainstream media immediately slapping that down as not true when they do not know it’s not true. No-one should attack or damage or do anything like that. But it is very easy to say it is not true because it suits the state narrative. That’s all I would say as someone with an enquiring mind.

David Icke, the conspiracy theorist behind much of the absurdity, retweeted an edited response which seemed to demonstrate Holmes was in support of his messages.

Ofcom has issued guidance to ITV to ensure content does not enflame the current situation or add credibility to misinformation. This is effectively what Holmes did in his egotistical attempt to be philosophical.

Moving onto ESTV, Ofcom has taken a much more hardened approach. After an interview with David Icke on its local television channel London Live, the regulator received 48 complaints after the conspiracy theories went completely unchallenged by host Brian Rose.

Ofcom has concluded the show has the potential to cause considerable harm, as ESTV did not do enough to present Icke’s thoughts as theories. The ruling states:

Ofcom stresses that there is no prohibition on broadcasting views which diverge from or challenge official authorities on public health information, but it was the responsibility of ESTV to ensure viewers were adequately protected from potential harm by, for example, challenging those views and placing them in context. Ofcom’s Decision is therefore that the Licensee did not adequately protect viewers from potential harm, in breach of Rule 2.1, and we considered this breach to be serious.

The Sanction Panel will now consider the evidence to hand out an appropriate punishment.

While there is a risk to free speech principles, a line has to be drawn somewhere. David Icke’s theories about the origin and transmission of COVID-19 are not based on science and pose a risk to society. ESTV should be encouraged to explore such ideas where necessary, but appropriate context should be placed around the discussion. This is where the interviewer Brian Rose failed.

Rose simply sat in his seat and let Icke ramble. Whereas many experienced and respected interviewers might have challenged the pseudoscience and absurdity of the historical context, Rose just allowed the preposterous tale to be told. As such, credibility was offered to the story.

The conspiracy theories should of course be discussed, but balance needs to be offered.

There is no shortage of experts to decry the link between 5G and COVID-19, but this was not mentioned in the ESTV interview. Little to no balance was offered as the interviewer did an impression of a vase of flowers sat opposite Icke.

Alphabet transitions its navigation system for its fleet of Loon high-altitude balloons to one...

The Future of Drone Technology