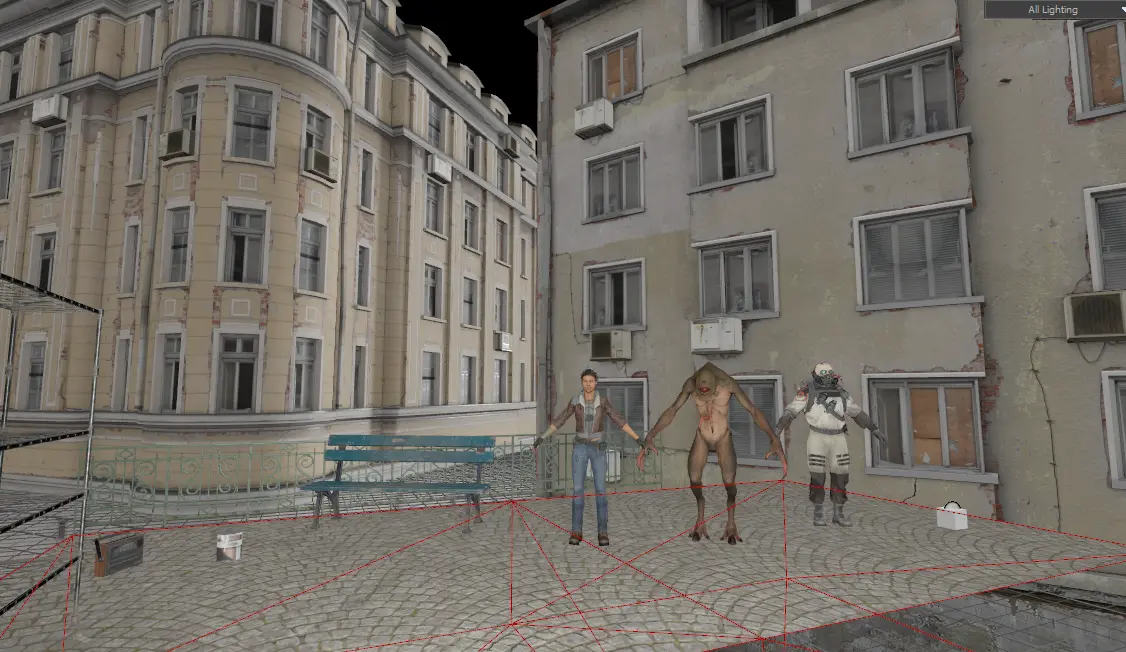 Back when Valve announced Half-Life: Alyx, they also stated that the game would support “community built” environments, alongside an updated version of Hammer to work with VR gameplay and components. However, there’s been no updates since and there’s still no specific release date. We asked Valve for an update about official support and will update this post if we hear back.

Despite the lack of official support, we’ve already seen some awesome mods for Half-Life: Alyx, like the wave shooter mod XenThug. New maps like this have been made possible by way of members of the modding community who have found a way to use Half-Life: Alyx assets in the Hammer editor ahead of the updated release from Valve. After following some instructions, I was able to play around with the tools myself, and place some models in an arrangement I call “Alyx and Friends,” as per the image below.

Above: Hands across Black Mesa …

While modders are using this version of Hammer with Alyx support to create awesome stuff, it should be noted that is still a rudimentary community solution with several caveats. What’s possible here is likely not as robust as what we could get with official Valve support.

Nonetheless, if you’re looking to play around with Alyx models in Hammer or want to explore some community maps yourself, you can join the Half-Life: Alyx Modding Hub Discord server. The server contains sections where modders post their own maps, along with guides on how to use Hammer, including how to get it working with Alyx assets.

If you’re just interested in using the modified Hammer with Alyx support, there’s quite a few steps, as outlined in the community guides. You’ll first need to manually replace some of the Alyx game files (we recommend duplicating your entire install of the game beforehand, as doing this on your original install will make it non-playable) to be able to launch an Alyx-compatible version of Hammer. After that, you’ll need to take some more steps in order for Hammer to be able to read the Alyx assets properly. If everything works out, you should be able to open Hammer with the shortcut you created and place Combine soldiers and City 17 buildings to your heart’s content.

It’s clear that the Half-Life: Alyx modding community is already off to an amazing start. The community content we’ve seen already in the month since launch bodes well for the game’s future, even with official tools and an updated Hammer editor still to come.