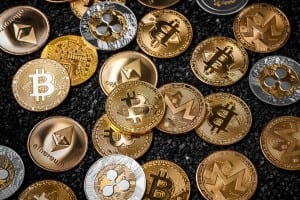 The Libra Association has entered into the first phase of the payment system licensing process, but its global plans have been replaced with several, localised stablecoins.

In what appears to be a decision to appease financial regulators, many of whom were concerned with the creation of a single digital currency via a largely unregulated sector, the Libra Association will now create several different stablecoins which are tied to currencies in different markets.

For example, one could be created in North America where the value of the coin is pinned against the US Dollar, while another could be created in Europe and tied to the Euro or the Pound Sterling. It dilutes the idea of a globalised digital currency, the vision of Facebook, and lessens the flexibility of the Association as there are more moving parts, but it will keep regulators happy.

There are still plans to launch a multi-currency Libra coin, which would perhaps be tied to a globalised commodity to stabilise pricing (oil or gold for instance), however the current position is certainly a step-down from the original idea.

The original concept, as envisioned by Facebook, was to create a single digital currency which would be specialised for digital communities, such as social media platforms. Not only would it tie more people into online marketplaces, but it would enable the likes of Facebook to reach out to customers who exist outside of traditional finance infrastructure.

Facebook’s core business model is relatively simple; attract users to the platform and serve ads. As users in some markets will have reached saturation point for the number of ads which can be served without negatively impacting experience, to continue financial growth in the long-term, new users would have to be added to the platform.

This commercial ambition to fuel further advertising campaigns explains why Facebook is interesting in enabling those who do not have bank accounts, but also explains why it is a driving force for the Telecom Infra Project (TIP). This is a community which is attempting to commoditise the development of connectivity infrastructure, therefore lowering the cost of network deployment. Both initiatives would bring more communities online, and subsequently, offering more eyeballs on social media sites.

This is not the end of the global digital currency project, though it is a dilution of the vision, which should not be particularly surprising. Although there are many wonderful promises in the blockchain-based payment system concept, this is a potentially revolutionary step for a very traditional industry, challenging the idea of monetary sovereignty. Completing this mission in one, giant step was always going to be somewhat of a challenge.

US ramps up the ‘5G race’ rhetoric – Telecoms.com