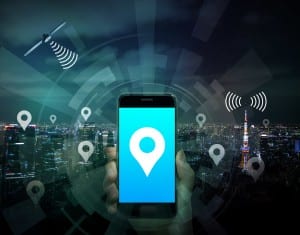 Last month, Prime Minister Benjamin Netanyahu offered new powers to police authorities to force telcos to hand over location-tracking data for mobile phones. This data was subsequently used to monitor citizens ordered to self-isolate as suspected or confirmed coronavirus cases. The Government has now been forced to backtrack on this move after it was challenged in the Supreme Court by civil liberties groups.

“We have decided on a foreign committee and the security to freeze the legislation enabling cellular retention to enforce the isolation,” Ayelet Shaked tweeted (below), a member of right-wing political party Yamina. Shaked also serves on the Foreign Affairs and Defense Committee.

Although the police have argued the technology is an effective tool to ensure quarantine rules are being followed, 203 arrests have been attributed to the data, the threat to privacy has been deemed to great. This is not an end to the use of the technology, authorities will still use the contact tracing elements to map the spread and identify potential infected individuals, but the all-encompassing, location-tracking concept is closed for the moment.

The original move to offer this data to police authorities was authorised under emergency coronavirus regulations, although it had a month-long time limit attached. A further extension of these powers was subject to Parliamentary approval and legislation, however the Foreign Affairs and Defense Committee have blocked the extension. The Government had slated a bill to extend the powers, as the initial month period is due to expire Wednesday.

Although the use of technology in combatting the on-going coronavirus outbreak should be applauded, it has to be done in a responsible and respectable manner; privacy and security rights should not be forgotten in tackling COVID-19.

Interestingly enough, this is not the only Government which is attracting attention for the creation of a coronavirus app. In France, Ministers have foolishly asked Apple to suspect certain privacy and security features to enable its own contact tracing and tracking app to work as designed.

The approach from the French is almost laughable as it demonstrates just how hypocritical it can be. For years, French authorities have been criticising, sanctioning and fining internet companies for privacy and security concerns, but now it is asking Apple to turn a blind eye to an application which has an in-built and highly publicised vulnerability. It is quite remarkable how ignorant some politicians are to the rule of unintended consequences.

Discord could be the next esports ecosystem

What to expect at the Digital Transformation Week Europe: Less than one week to...