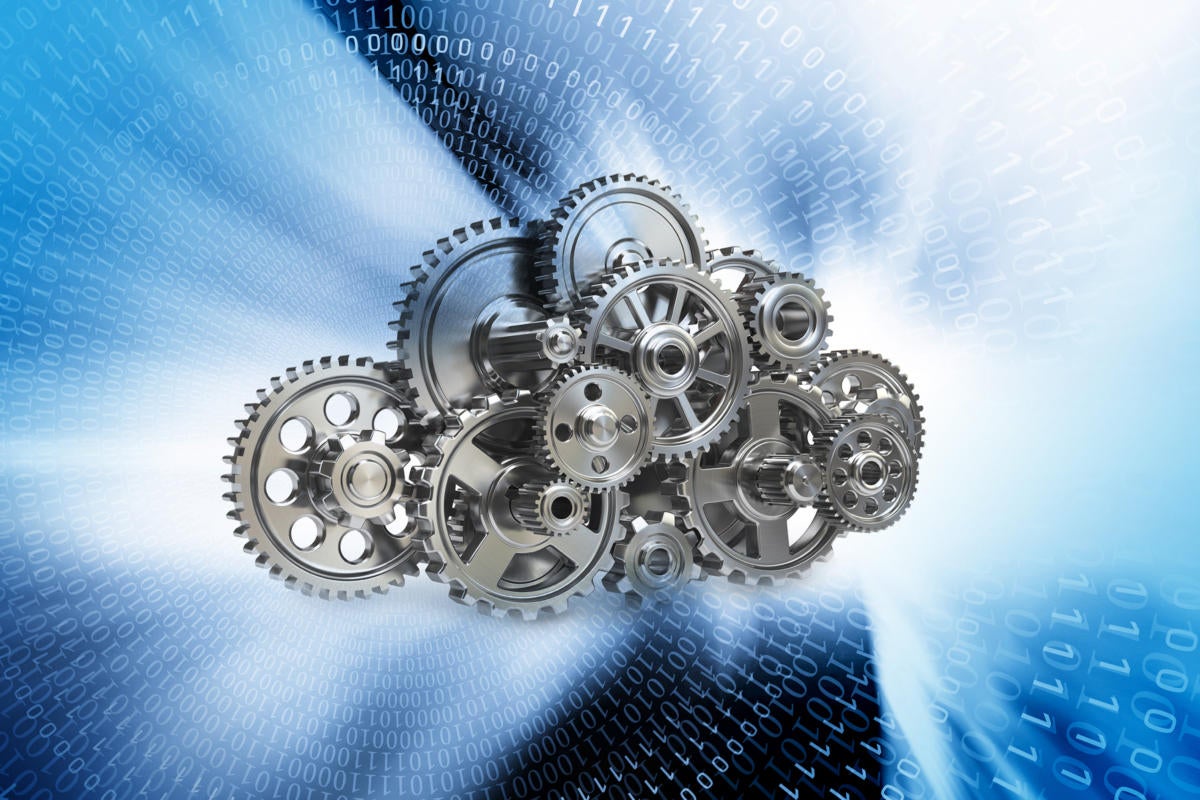 With the 2019 acquisition of open-source powerhouse Red Hat under its belt and a new cloud-savvy CEO at the helm, IBM is looking to reverse a decade of declining revenue and sagging stock prices with a bold strategy focused on hybrid cloud.

CEO Arvind Krishna, who formerly led IBM’s cloud and cognitive computing division and engineered the $34 billion Red Hat acquisition, made IBM’s intentions clear in a LinkedIn post to employees in his first day on the job: “Hybrid cloud and AI are the two dominant forces driving change for our clients and must have the maniacal focus of the entire company. IBM has already built enduring platforms in mainframe, services, and middleware. I believe now is the time to build a fourth platform in hybrid cloud.”

The Red Hat deal closed last July and Krishna has only been CEO since April 6, so it’s premature to pass judgment, although some early indications have been positive. IBM got out of the gate quickly with the announcement in August that it had transformed its entire software portfolio to run on Red Hat’s OpenShift containerization platform through pre-integrated solutions called Cloud Paks. And Red Hat’s quarterly revenue soared by 24% in IBM’s Q4 2019 earnings report, hitting $1 billion for the first time.

Of course, the COVID-19 pandemic has upended everything, and there’s no way to anticipate the impact on IBM’s business going forward. Other challenges facing IBM are easier to anticipate, however. They include whether the buttoned-down, bureaucratic culture of IBM can mesh with the more freewheeling Red Hat, where former CEO Jim Whitehurst is credited with fostering an atmosphere of innovation and of empowering employees at all levels of the organization. For now, IBM is maintaining Red Hat as an independent subsidiary, but skeptics wonder how that will play out.

Along the same lines, now that Whitehurst is President of IBM, how will his working relationship with 30-year IBM veteran Krishna evolve? Outgoing IBM head Ginni Rometty, and her predecessor Sam Palmisano, held both president and CEO positions, so this dual leadership setup is new to the company.

Many in the analyst community are bullish on these latest IBM moves, but there are also critics who question whether the Red Hat acquisition is the game changer that IBM believes it is, who are looking for more clarity on what IBM means by hybrid cloud, and who point out that the hybrid-cloud battlefield is crowded with formidable opponents such as Amazon, Microsoft, Google and VMware, all of whom have staked out their own hybrid strategies. (See also: VMware’s ongoing reinvention)

Charles King, president and principal analyst at Pund-IT, says IBM is on the right track. “Red Hat complements IBM both tactically and strategically. The company naturally fits IBM’s support for Linux and open source, and the companies have been strategic partners for many years. In addition, Red Hat’s innovations in containers and Kubernetes (via its OpenShift platform) will play key roles in the continuing evolution of IBM’s hybrid-cloud solutions and capabilities.”

He adds that the Krishna/Whitehurst pairing leverages the complementary skills and knowledge of both men. Krishna has a deep understanding of IBM technology, and Whitehurst was the former COO at Delta Airlines before leading Red Hat’s growth surge. “The combination of technically and business-savvy senior executives should be highly beneficial for IBM, its customers and partners,” King says.

Steve Duplessie, founder and senior analyst at Enterprise Strategy Group, is on board as well. “IBM’s core customers are going to have to move to a full cloud experience sooner or later and will trust IBM to get them there. Red Hat just helps pave the way.” He adds that the new leadership tandem comes with the right set of experiences. “These are cloud guys, not recycled mainframers,” Duplessie says.

But Holger Mueller, vice president and principal analyst at Constellation Research, says both IBM and Red Hat face a deeper, more existential threat. Mueller argues that hybrid cloud is simply a transitional phase on the road to public cloud, where modern AI-driven applications that require the public cloud’s cheap compute power and scalability will ultimately live.

IBM can certainly make money in the short term as a consulting and services company that guides organizations on their journey to the public cloud and manages their hybrid cloud environments, Mueller says, but he questions how IBM can stay relevant and not keep shrinking as workloads inexorably shift from enterprise data centers to the public cloud. And the exact same conundrum applies to Red Hat, which garners a good 70% of its revenue from Red Hat Enterprise Linux (RHEL), an OS primarily deployed in on-premises data centers. “How can you buy a company with not enough future-proofed revenue and future proof it yourself?” Mueller asks.

The IBM answer is that despite all the public-cloud hype, 80% of enterprise applications remain on-premises, and companies are realizing that many apps may never be suitable for the public cloud for a variety of security, regulatory compliance and performance reasons. (The 80% statistic comes from an IBM-commissioned study by McKinsey & Company.)

“Our fundamental role is to help enterprises transform themselves,” says Jim Comfort, general manager of multi-cloud offerings at IBM. “We help them figure out where is the economic benefit and show them the most efficient way to do that in a technology-agnostic and cloud-agnostic way. If I can do modernization faster in place with less complications and get more business benefit, why wouldn’t I do that? That’s what people are realizing.”

Comfort agrees that “cloud native design” is the future, but he maintains that the emergence of containerization technology enables organizations to achieve 80% to 90% of the attributes of the hyperscale public cloud in a private-cloud setting.

By running OpenShift on RHEL, companies can design new applications and modernize legacy apps in a hardened, secure, private-cloud environment and then deploy them across the hybrid-cloud ecosystem, according to Comfort. IBM has even created Cloud Paks for its Z mainframes.

Containers have “opened the aperture of what can be done and where it can be done, and how you can essentially design or modernize once, deploy anywhere, and manage consistently,” Comfort says. He points out that IBM recognized the power of containers five or six years ago, and today the IBM Cloud is “the largest Kubernetes cluster at scale in the world.”

However, the IBM Cloud, an outgrowth of the 2013 purchase of SoftLayer, has not succeeded in gaining much traction in head-to-head competition against AWS and Azure. For example, Gartner gives the IBM Cloud a paltry 2% market share in the Infrastructure-as-a-Service (IaaS) market, compared to 48% for Amazon.

But King points out that IBM’s definition of hybrid cloud is more than just IaaS revenue. “IBM’s view of the cloud has always been broader and narrower than AWS, Azure, Google and others. Broader in that sense that IBM cloud revenues also include hosting, software and consulting services. Narrower in that IBM Cloud is mainly focused on the needs of enterprises in the 140-plus countries where the company does business,” says King.

And Sid Nag, research vice president at Gartner, has stated that “by 2022, up to 60% of organizations will use an external service provider’s cloud-managed service offering, which is double the percentage of organizations from 2018.”

One validation of IBM’s focus on hybrid cloud is the fact that Amazon (with its Outposts offering), Google (via Anthos) and Microsoft (via Azure Stack) are all eyeing ways to extend their cloud platforms to the enterprise on-premises environment.

Charles Fitzgerald, managing director of the consultancy Platformonomics, describes the competing hybrid-cloud strategies this way: “The public cloud providers are approaching it cloud-first and treat hybrid cloud as an on-ramp to the public cloud. They are extending the rich and modern architecture of the cloud back into the legacy customer environment. IBM and Red Hat are both starting from legacy software running on-premises and somehow intend to architecturally span and control the vast and ever-expanding array of software that powers the hyper-scale public clouds.”

One advantage that IBM does have is a longstanding, deep, strategic relationship with its customers. “The single hardest thing to acquire in this business is long-term customers – and IBM wrote the book on that,” Duplessie says. “Unless they can’t bring those customers where they want to go – the cloud – they will get their share of opportunities.”

BNP Paribas is a perfect example of a company that has both a long history with IBM as well as a long future. The French-based global bank, which is still running IBM mainframes in its data center, recently signed a deal estimated at $2 billion for IBM to build and manage a private cloud for BNP.

CIO Bernard Gavgani says that the bank built its own private cloud in 2013 but quickly realized that in order to accelerate the pace of digitization and reap the full benefits of cloud technology, “We could not continue to maintain our own private cloud. We needed more expertise.”

The bank sought proposals from Amazon, Microsoft, Google and IBM with the stipulation that sensitive corporate data needed to remain in-house. IBM responded with “the best solution we could find” – a proposal to deliver the full stack of cloud services within BNP’s data center, Gavgani says.

The private cloud is currently under construction and is expected to open in July, with additional phases slated for North America and Asia-Pacific regions. Under the deal, IBM provides the hardware and software and will manage the facility.

Gavgani’s vision of hybrid cloud aligns with IBM’s. Gavgani says that he and many of his colleagues have come to the conclusion that trying to manage relationships with multiple cloud providers can become a costly trap. With this approach, he achieves security, he avoids technology obsolescence, and he gains the benefits of the cloud as an enabler of the bank’s digital transformation.

Not all applications are appropriate for the cloud, Gavgani argues, and companies need to make a case-by-case decision based on whether migrating an app or re-writing it for the cloud will provide a business benefit.

Looking to the future

Gavgani says he is optimistic about the direction in which IBM is moving. “Losing Ginni is sad news, but having Arvind as CEO is good news to me because he knows the cloud quite well.” The Red Hat side of the equation is also comforting to Gavgani, who says BNP was using Red Hat long before the IBM acquisition. “I’ve always been very impressed by the vision of Red Hat,” he says.

Rometty, who announced her resignation in January and who has been working with Krishna since then in order to assure a smooth transition, gets mixed reviews from analysts. Going strictly by the numbers, she presided over an era in which IBM annual revenue declined from $104 billion in 2012 to $77 billion in 2019. But others point out that she was dealt a difficult hand from the start and did what she could to transition IBM from a hardware company to a software and services company. She also led IBM into emerging technologies like artificial intelligence, blockchain, and quantum computing. “Overall, Rometty is leaving IBM a well prepared and future-focused organization,” King says.

And despite its less-than-stellar financial performance over the past decade, IBM remains a formidable force in the enterprise and a company that ranked No. 1 new patents in 2019. “Many people like to position IBM as only relevant to the past, not the future. We unequivocally disagree,” says Comfort.

74 Days From the Presidential Election, Security …

Why inquisitiveness matters as much as IQ

Apple really, really wants you to tag your files