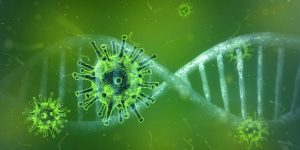 As France prepares to relax its coronavirus lockdown, the government is avoiding parliamentary scrutiny of its controversial contact tracing app.

Once more demonstrating its uselessness in the face of even slightly difficult circumstances, the EU has failed to take the lead when it comes to the continent’s response to the pandemic. One manifestation of that is the total fragmentation of contact tracing app development, with member states each going their own way.

France is determined to take a centralised approach, in which phones would feed data to a government-owned central data repository. This would give the government the power to track individuals that may be infected with the virus and, potentially, force them to stay at home, be tested, or whatever.

But Apple and Google, who own the platforms on which all smartphones run, want to protect their users’ privacy from unilateral government intrusion, resulting in pressure from the French which they have resisted. Germany, in contrast, has realised that approach is not just intrusive but counterproductive as people are less likely to voluntarily use an app that may compromise their civil liberties. As a consequence it has recently decided to go down the decentralised route.

Now Reuters reports that a parliamentary debate on the French app, called StopCovid, was pulled at the last minutes, apparently because the government wanted to show unity on the matter and didn’t want its plan challenged. While that is indeed an excellent reason for banning debate, the whole point of democratic parliaments is to scrutinise government decisions, so that seems like an open admission that a spot of light despotism is what this situation requires.

It’s presumably no coincidence that Today France announced the start of a relaxation of its lockdown, which will include authoritarian measures such as compulsory wearing of facemasks. Having said that French people will be allowed to leave the house without a certificate and small gatherings will be allowed, which is nice. There doesn’t seem to have been any specific mention of StopCovid in the announcement and it will be interesting to see if the French government can continue to suppress opposition to it.

What’s this? A bipartisan plan for AI and national security