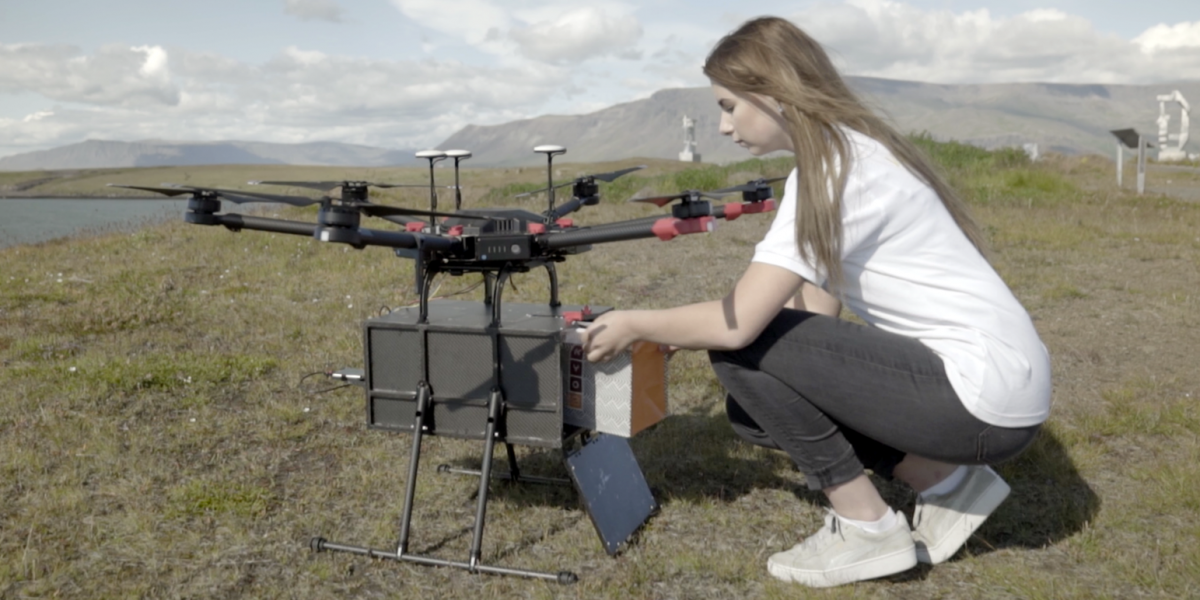 Flytrex today announced the launch of a drone delivery service in Grand Forks, North Dakota. In collaboration with drone-as-a-service company EASE Drones, the Grand Forks Region Economic Development Corporation, the Northern Plans Unmanned Aerial System Test Site, and the City of Grand Forks, the startup will deliver food, medicine, and other goods from restaurant and retailer partners to select households via drone.

The expansion comes as the coronavirus pandemic has led to shelter-in-place orders around the world, forcing a number of businesses — particularly restaurants — to offer only delivery or pickup options. It’s been suggested that drones and autonomous vehicles can limit unnecessary contact between workers, couriers, and customers, helping prevent the spread of infection.

Flytex says that in Grand Forks its drones will take off across the street from a local supercenter that customers can purchase items from. During the initial stages of the pilot program, deliveries will be offered to households that have opted into the service and will be made directly to backyards.

IPP, which began in 2017, aims to bring state, local, and tribal governments together with private sector entities, such as drone operators and manufacturers, to test and evaluate the integration of civil and public drone operations with the national airspace system. Other participants include the City of Reno, the University of Alaska-Fairbanks, the Memphis Shelby County Airport Authority, the Kansas Department of Transportation, and Herndon’s Innovation and Entrepreneurship Investment Authority.

During the pandemic, other drone startups are testing their services in North Carolina, like Zipline, which will deliver personal protective equipment (such as masks) around the campuses of the Novant Health medical network in Charlotte, and Matternet, which in partnership with UPS will make medical deliveries between WakeMed hospital in Raleigh and its Healthplex in Garner. (Under the FAA’s Part 135 Standard certification, UPS’ Flight Forward subsidiary can fly drones beyond pilots’ lines of sight and make commercial deliveries.)

North Carolina Department of Transportation officials say they’ll use the data from the Zipline, Matternet, and Flytrex programs to learn how drone technology can be used in other areas of the country. Funding for the individual drone missions will come from private partners.

Elsewhere, Zipline’s drones are flying COVID-19 test samples from rural areas of Ghana to the nation’s capital. Alphabet’s Wing drone delivery business, which has deployments in Virginia, Finland, and Australia, continues to make deliveries to customers. Not to be outdone, DJI through its Disaster Recovery Program is conducting remote outreach to homeless populations in Tulsa and helping maintain social distancing guidelines in Daytona Beach. And in China, medical delivery drones supplied by Antwork and others were used to fly quarantine supplies and medical samples.

Apple needs to introduce an iCloud business suite for the enterprise

Windows by the numbers: Real gains or just an illusion?