Home Business Fibre deployments heading in the right direction, sales not so much –... 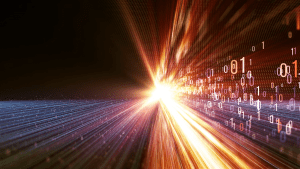 New data from the FTTH Council Europe points to promising trends for fibre deployment, but a closer look at the figures suggest demand is not quite as high as some would imagine.

As somewhat of a disclaimer, immediate sales are not necessarily required, fibre-optic broadband infrastructure is not going out of date anytime soon, though return-on-investment (ROI) is a major element factored into capital expenditure (CAPEX) decisions. As long as the services are sold over the next 30-40 years, ROI can be realised, however the telcos are impatient, short on cash and being asked to spend an eye-watering amount everywhere (fibre deployments and 5G); the sooner the better for ROI.

Alongside demands from the Government to deploy full-fibre broadband networks, telcos are also facing pressure to improve coverage in the less commercially attractive regions and also fuel investments in 5G infrastructure. All of these CAPEX projects will arguably lead to more sustainable connectivity revenues in the future, but it is a lot of outgoing investments for the telcos to manage at the same time.

Traditionally, telcos attribute between 10-15% of total revenues to CAPEX, though trends are working against the industry. Total revenues are shrinking, but more investments are being demanded in a wider variety of projects. Unless ROI is realised in the short-term, investments could be diluted and the telcos placed under considerable financial risk.

This goes to explain why so many governments around the world are using public funds to help fuel the deployment of next-generation infrastructure. Connectivity will serve as the foundation of tomorrow’s economy, but it is a race against other nations and you can’t put the telcos out of business in pursuit of this dream.

The table below might seem confusing, but it demonstrates that telcos haven’t quite figured out how to sell fibre broadband solutions to customers.

The ‘Homes Passed’ column is the percentage of households within that country who are able to subscribe to fibre broadband. The ‘Take-up’ column shows how many who are able to purchase fibre actually do. The final column is the percentage of households across the country who have fibre connectivity. The remainder will either be on copper products or perhaps a FWA solution.

What is worth noting is that while it would be unfair to assume a 100% ‘Take-up’ rate, the fact that the ratios are very slow demonstrate there is perhaps not as much demand as some would assume. This could be explained by three points:

There will of course be other factors in-play impacting the adopting of fibre broadband services, but these are the three which we feel as the most relevant for the moment. Ultimately the consumer would like to feel value out of any purchases, and while copper products perform as desired, it becomes difficult to justify additional expense. The fact that telcos are constantly called out for misleading advertising and claims is another detractor for consumers reaching deeper into their pockets.

As mentioned above, immediate demand is not a necessity for fibre services, as there is plenty of time to demonstrate ROI. Adtran Chief Technology Officer Ronan Kelly highlighted to Telecoms.com that fibre infrastructure has a guaranteed product lifecycle of at least 40 years, though we do not exactly know how long it actually is. The first deployments have not gotten to this point yet, first consumer fibre services were launched in 2009 in the UK for example, so it might well be longer depending on degradation of the materials.

Another point which Kelly made was the dangers of comparing nations without taking into account the differences and nuances. For example, smaller and less geographical diverse countries will be easier to deploy fibre connectivity, while nations like Spain have a higher percentage of citizens living in multi-dwelling units (MDUs), again making the task of deploying fibre infrastructure to higher percentage of the population simpler.

Overall, the trends are heading in the right direction. Government policy and political rhetoric are adding momentum to the fibre rollout movement, while investors are mobilising behind a wide range of telcos to add more cash. Consumer demand for fibre services will be a contributing factor, but the demand creating by 5G backhaul also makes fibre investments more attractive nowadays.

Trends are coming together very nicely, and now the telcos just need to figure out how to sell these fibre services properly.

As mentioned before, due to the lifetime of fibre-optic products, the pressure to upgrade customers from copper to fibre is lessened, but considering the financial strain some of Europe’s telcos are facing, increased ARPU and ROI for fibre deployments would certainly be a requirement.