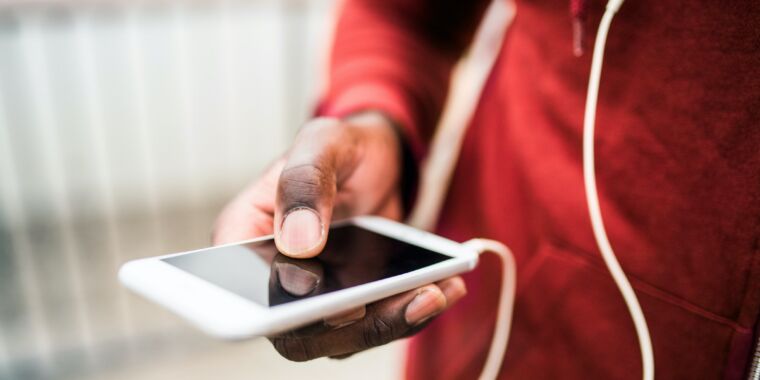 TracFone’s sales agents—who were apparently compensated via commissions for new enrollments—apparently manipulated the eligibility information of existing subscribers to create and enroll fictitious subscriber accounts. For example, TracFone claimed support for seven customers in Florida at different addresses using the same name, all seven of whom had birth dates in July 1978 and shared the same last four Social Security Number digits. The Enforcement Bureau’s investigation also found that, in 2018, TracFone apparently sought reimbursement for thousands of ineligible subscribers in Texas.

Today’s proposed fine is based on the 5,738 apparently improper claims for funding that TracFone made in June 2018 and includes an upward adjustment in light of the company’s egregious conduct in Florida.

The FCC’s Lifeline program, which is paid for by Americans through fees imposed on phone bills, provides monthly subsidies of up to $9.25 per household for phone and broadband service provided to eligible low-income subscribers.

FCC Chairman Ajit Pai said the commission “will not sit idly by and let Lifeline carriers fabricate enrollment data to generate more sales.” Pai also said he is “hopeful that our new rule prohibiting carriers from paying commissions to employees or sales agents based on the number of Lifeline customers they sign up will help deter the kind of apparent fraud we’ve seen in this case.”

The $6 million fine was proposed in a Notice of Apparent Liability for Forfeiture (NAL). TracFone will be given a chance to respond to the FCC’s allegations in an effort to reduce or eliminate the proposed fine. The process could lead to a settlement or the FCC voting to impose a final punishment without TracFone’s agreement. The FCC has a poor record collecting on its proposed fines.

TracFone said it would respond “at the appropriate time” and that “we take seriously our stewardship of public dollars and will continue to focus on connecting millions of low-income customers to school, jobs, healthcare, and essential social services,” according to Reuters.

According to the NAL, “TracFone admitted that its sales agents had improperly enrolled … subscribers in Florida into the Lifeline program.”

In Florida, after allegations by the Universal Service Administrative Company (USAC), which administers Lifeline on behalf of the FCC, TracFone investigated internally and “discovered that several agents had found a way to misuse Lifeline enrollees’ dependents’ information to populate other enrollment applications.” The NAL continued:

The USAC also found that “TracFone had received federal Lifeline payments for thousands more Texas subscribers per month in 2018 than had been approved by” the state’s Low-Income Discount Administrator (LIDA). In a seven-month period that began in June 2018, “TracFone apparently made 24,809 claims for Lifeline support… without first obtaining either (1) proper income-eligibility determinations from Texas or (2) proper program-based eligibility determinations from Texas,” the FCC said.

TracFone already returned $1.2 million to the USAC for Lifeline money it received in Texas. The FCC said that “TracFone does not dispute that it made these claims for support” in its previous responses to the investigation. “Instead, TracFone contends that it did not knowingly seek reimbursement for customers in excess of those authorized by Texas.”

The FCC said it rejected this defense “because TracFone willfully submitted the claims while certifying that all such claims were for eligible subscribers—and it knew, or should have known, that submitting claims for more subscribers than on the end-of-month determinative list that LIDA transmitted to TracFone would violate federal law.” The FCC has a new program for verifying Lifeline claims to prevent fraud, but it wasn’t yet operational in Texas or Florida when the alleged violations occurred.

Democratic FCC commissioners supported the action against TracFone but also urged the FCC to expand Lifeline’s ability to help low-income Americans, particularly during the pandemic. Pai has been criticized for plans to restrict Lifeline support and lost a court case centering on one of those plans.

“We need to abandon the FCC’s cruel policy proposals to cut off and restrict Lifeline and instead see how we can modernize the program and extend its reach,” FCC Commissioner Jessica Rosenworcel said.

How are DevOps Beneficial for Businesses