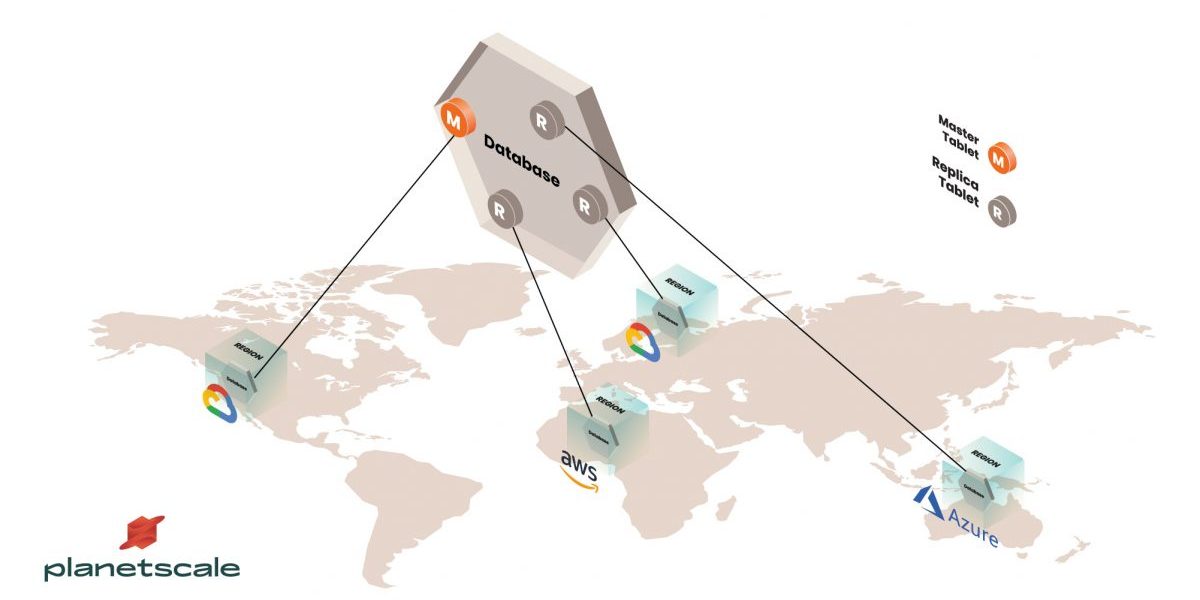 Leaning on technology originally developed for YouTube, PlanetScale today announced the public launch of its database-as-a-service, which runs on Kubernetes and is designed to help companies rapidly scale operations.

Called PlanetScaleDB, the service allows companies that store their data in databases across multiple cloud services to virtually treat them as a single database. By simplifying the demands for creating applications that run on top of an otherwise unwieldy number of databases, companies can deploy new services faster, as well as quickly increasing capacity when use surges.

Jiten Vaidya, CEO and cofounder of PlanetScale, said flexibility is proving critical as COVID-19 quarantines have sent internet traffic soaring. “This really unlocks the promise of the cloud,” he said.

Vaidya previously worked as an engineer at YouTube, as did his cofounder, Sugu Sougoumarane. While at YouTube, Sougoumarane helped developed a scaling and stability tool called Vitess. As services like YouTube grew in size, their data quickly outgrew a single MySQL database.

So the company would split them into several databases, known as “shards.” A service like YouTube might have hundreds of shards scattered around the world, and an application running on top would have to know how to coordinate communication across all those databases. The result is that any upgrades or changes created huge burdens on developers.

“This makes writing applications rather complicated,” Vaidya said. “And every new application you write pays the price of this complexity.”

So YouTube developed Vitess, a piece of middleware that handles the management and communication aspects and makes all these scattered databases appear to be a single database. This also allows companies to use multiple cloud services so they don’t have to be wholly dependent on a single provider. And they can more easily move their data between cloud services so they are not locked in long-term, giving them more leverage in negotiating pricing.

Eventually, YouTube donated Vitess to the Cloud Native Computing Foundation, which oversees its open source development as part of its broader work promoting Kubernetes and microservices. Companies like Slack and Pinterest have chosen Vitess to manage their scaling issues.

The version of PlanetScaleDB released today is a cloud native database service built on Vitess. With this launch, the service will now support Microsoft Azure, Google Cloud, and Amazon Web Services across the U.S., Europe, and Asia.

PlanetScale has so far raised about $3 million in venture capital and has 36 employees.

Survey: US smartphone activations on Christmas Day fell 23% YoY as iPhones dominated the...

What CISOs Can Learn From Big Breaches: Focus on …