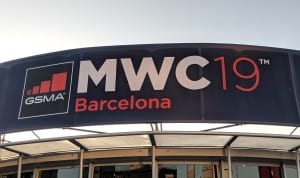 When the GSMA was forced to cancel Mobile World Congress coz of coronavirus it indicated that no refunds would be given, but a month later it has seen sense.

Attendee tickets will be 100% refunded and exhibitor have a couple of options. Those who spent up to £5,000 can get a full refund and those who spent more than that, which is presumably the vast majority, can get half of their cash back, but with a maximum of £150,000. That won’t be much consolation to the likes of Ericsson, who will have spent millions, but that’s academic since nobody who bailed out before the show was cancelled qualifies for a cash refund anyway.

Which brings us on to option two, which all exhibitors qualify for regardless of spend and cancellation status. It involves a cumulative fees credit of 125 per cent of 2020 paid fees over three years as follows:

“The GSMA values the loyalty and support our members and partners in the mobile ecosystem worldwide,” said John Hoffman, CEO of GSMA Ltd. “We are grateful to have the full support from our operator Board of Directors and already have formal exhibition support for MWC Barcelona 2021 from NTT DOCOMO, Orange, Telefonica and Vodafone. More than ever, our sincere thoughts remain with those affected around the world in these trying times.”

We chatted to a few exhibitors and, on the whole, they seem pretty happy with the package the GSMA has come up with. The 125% refund over three years seems like a no-brainer for any company that is committed to exhibiting anyway, but our conversations indicate that many will prefer to take the cash now in order to try to rescue their 2020 marketing plans, or maybe just to help with cashflow as the business world grinds to a halt.

“The GSMA’s decision to do this is fantastic, more than fair, and really underscores the leadership they show in our industry,” said Patrick Van de Wille, Chief Communications officer at regular MWC exhibitor Interdigital. “Mobile World Congress is the absolute highlight of our marketing year, not just because it drives so much visibility but also because the timing and importance of it gives our research teams a clear set of goalposts. A decision like the one they announced today means that, for us, MWC will continue to provide that focal point for the foreseeable future.”

The GSMA was in a tight spot over this. If it dug its heels in and strictly enforced its Ts and Cs it would have alienated a lot of exhibitors and, given how the coronavirus pandemic has exploded, faced a potential PR disaster as many of its partners struggle for survival. On the other hand, giving full refunds to everyone was presumably to great a burden for even the GSMA’s copious reserves to handle.

It probably could have got away with a 100% discount over two years, so the extra 25% was a nice touch. The decision to punish companies that were more decisive than the GSMA itself over the health of their employees, however, leaves a bad taste in the mouth and sets up potential disputes over what, precisely, constitutes a cancellation. But on the whole this seems like a good compromise and ensures the future health of MWC without asking exhibitors to pay too much of the cost.

3 Tips For Better Security Across the Software …