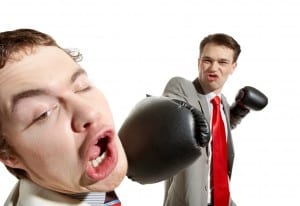 Having recovered from the impact of Huawei’s entry onto the Entity List, the semiconductor industry has been dealt another blow with COVID-19 impacting supply chains and product launches.

In May 2019, Huawei was added to the US Entity List. This was a nightmare scenario for numerous semiconductor firms, as the worlds’ second most popular smartphone manufacturer faced a significant threat to its existence. Suppliers to Huawei groaned, as their fortunes looked to turn to dust, though this saga was seemingly in the past.

With the US Government continuing to delay the ban on working with Huawei, while also being more generous than previously imagined with exception licences, it might have looked like business as usual. Share prices were slashed in the summer, but seemingly recovered over the latter stages of 2019 only for the coronavirus to threaten the success of the smartphone segment.

Share price is not a perfect measure of success, but it is a pretty accurate one. The table below demonstrates the sorrows of the semiconductor sector quite effectively:

As you can see from the selection of semiconductor firms above, the only two who have escaped the last three months without too much damage are AMD and Nvidia. These are two companies who serve the gaming segment, which is proving incredibly popular in these times of self-isolation.

This success is of course driven by the continued shipments and sales of products, though as China is reopening, the immediate threat to the supply chain is contained. On the mobile side, the smartphone industry is suffering.

According to Counterpoint Research, smartphone sales across the world fell 14% year-on-year in February, which is not as bad as some may have feared, but no-one can give a definitive answer as to when this outbreak will subside.

In China, offline sales declined by 50% though these numbers were slightly offset by online sales. Overall, sales in China declined by 38% in February year-on-year, perhaps indicating what the rest of the world has to look forward to two to three months deep into the impact of COVID-19.

Looking around the industry, impact to Samsung has been minimal as much of its supply chain remains outside China, but the same cannot be said for its rivals. The Chinese manufacturers would have struggled, though companies like Apple have also suffered. Apple has been relatively quiet so far, though the fact that Foxconn, one of Apple’s most important suppliers, reported a 23.7% fall in profit this week suggests there is less demand from the iGiant.

The next couple of weeks could certainly make a significant dent in the profits of the smartphone industry, and as a result, the semiconductor segment. With the high street closed, supply chains under threat, device launches delayed and consumers spending less under the threat of a recession, the prospects do not look the most attractive.

CyberwarCon – the future of nation‑state nastiness

The EFF, in partnership with the University of Nevada, Reno, debuts a searchable database...