Home Business US compares Huawei to the Mafia – Telecoms.com 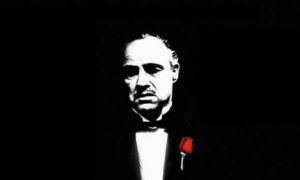 As the US grows ever more desperate to recruit allies for the war on Huawei, its rhetoric is becoming shrill to the point of self-parody.

The latest outburst comes courtesy of some US official or other who didn’t even have the guts to put their name to it. The mystery apparatchik vented at CNBC, accusing Huawei of every crime they could think of short of cattle rustling. “How do we deal with that when the largest player is in essence the Mafia?” he blurted. “What do you do? It means there is some kind of a role for government.”

In keeping with the general suspension of due process by the US when it comes to Huawei, the official seems to be trying to throw sufficient unsubstantiated mud at Huawei to justify a further escalation of the already considerable hostile action against it. The Mafia reference was presumably inspired by the fresh charges of racketeering lodged against Huawei in the US earlier this month.

Huawei had yet to respond to our request for comment at time of writing, but CNBC had better luck. “That’s just crazy,” Glenn Schloss, Huawei VP of corporate comms told them. “We’re one of the largest private enterprise run companies in the world. Our senior management is more akin to the way American executives think and act.

“To liken Huawei to organized crime is disingenuous, and a PR stunt. We’re operating in 170 countries in the world connecting a third of the world’s people. And we operate in a free market structure. We do receive some subsidies [and] R&D funding from the Chinese government, but it’s not significant. We also receive subsidies and R&D funding from governments in Europe.”

How significant that funding from the Chinese is, we don’t know, and it would have been disingenuous of Schloss not to mention it. The racketeering charges largely concern alleged IP theft which, to the best of our knowledge, is one of the few criminal enterprises not associated with the Mafia. But since the US hasn’t let concrete evidence get in the way of a good accusation previously, it’s certainly not about to start now.

UPDATE – 14:20, 26/2/20: After publication Huawei pointed us to the following comment made last week by John Suffolk, Senior Vice-president and Global Cyber Security and Privacy Officer for Huawei in response to the new charges.

“When we review history that whenever America appears to come under threats or challenge by an un-American company, such as Japanese car industry, or chip manufacturing, or you know, nuclear organizations, America looks to slow them up in some shape or form. This is because they fear their leadership position being lost, that’s a question for them. And we’ve made clear and I’ll say it again, these charges are without merit and predominantly recycled civil disputes from the last 20 years. They’ve been settled, litigated, and rejected. So we don’t really think again that this adds a great deal of merit.”