Home Business Three UK in a spot of bother as senior execs head for... 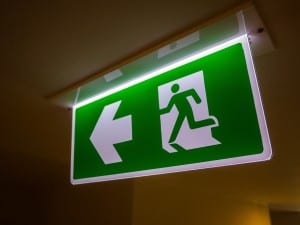 With Three’s big bet on Huawei proving to be somewhat of a disaster, two senior technologists are heading towards the exit.

Many have focused on the difficulties faced by BT in light of Huawei’s limited role in the 5G future of the UK, but Three is potentially facing the biggest headache of all. And just as the team begins to pick up the scraps of a decimated deployment strategy, two of its most senior technologists have exited the business.

Phil Sheppard, who was for all intents and purposes the telco’s CTO, and Graham Marsh, the former-Director of Core Technology, have almost 30 years of Three experience between them. Now neither is working at the telco, and despite these two most likely having a significant input into the headache that is the current rollout plan, this is a company which probably needs as much experience in the ranks as possible.

“We can confirm that Phil Sheppard left Three at the end of 2019,” a Three spokesperson said. “After 19 years, he has decided to pursue new challenges. We’d like to thank him for his contribution to Three and wish him all the best in his future endeavours. We will announce Phil’s replacement in due course. We are in the process of a wholesale transformation of Three’s network and IT systems in order to create a truly digital telco of the future. Our employee structure continues to change and evolve to support this ambition.”

While there will be conspiracy theorists who link these exits with the Huawei decision, this might be somewhat of a dubious link. Graham Marsh has already started his new role, founder at Infinite Potential, while Sheppard’s exit is less than a week after the Supply Chain Review announcement. There might well be a link, but this would be an incredibly cut-throat decision. Sheppard has said on LinkedIn he will be doing consultancy work in the immediate future, as well as taking a few holidays.

Irrelevant as to the background, Three could really use with this experience in the room not working for someone else.

The sticky situation which Three is currently in should not be taken too lightly. Three went big and bold with its 5G deployment plan, deciding to swap out Samsung 4G RAN to ensure backwards compatibility with its sole 5G RAN supplier Huawei. This strategy could have been a game-changer for the city-centric telco, but now it looks like a complete disaster.

The conclusion of the Supply Chain Review last week have certainly been met with mixed reviews. For some, at least there is a decision, a foundation of certainty which can be built on over the coming years as the industry hurtles towards the 5G era. But for others, the 35% network share restrictions on ‘high-risk vendors’ is either too extreme or not extreme enough. There isn’t a huge amount of consensus when it comes to the position on Huawei.

During its earning call last week, BT outlined the financial impact of the Supply Chain Review decision; £500 million over five years. Part of this will be redefining its deployment strategy, while it will have to undertake a ‘rip and replace’ project to ensure there is interoperability between 4G and 5G RAN equipment. This is where the majority of the expense will be realised, but could be more dependent on the pricing scenarios with alternative providers.

Three is yet to put a figure on the Huawei conundrum, but the impact here will be much more than financial.

Firstly, you have to consider the ‘rip and replace’ project it has been undertaking for the last six months in an effort to replace Samsung with Huawei as a sole supplier. Some of this work can be left alone, it has a 35% window to work with after all, but depending on progress, some of this work might have to be undone to ensure new supplier equipment performs to the levels desired.

Secondly, there is a major timing penalty placed on Three.

Picking a supplier in the telco industry does not happen overnight. There are numerous bureaucratic hurdles to jump over, commercial negotiations to take place, and trials which need to be navigated. It isn’t as simple as replacing Huawei with Ericsson, let’s say, this is incredibly time intensive.

Three is in a difficult position, and more often than not, whenever this is the case the people who have ‘been there, done that’ are some of the most valuable in the room. Unfortunately for Three, two of its most senior technologists are seeking pastures new.

Some have suggested the exit’s might be linked to the Huawei decision. There might be an element to this, but we suspect it is more a case of coincidence and bad timing. Very bad timing as it works out.

NB: On a personal note, best of luck to Phil. Having interviewed him a few times on camera and events, Phil is a lovely man with a wealth of experience. Whoever hires him next has found themselves an excellent employee!

The RetroBeat: Games Done Quick will hold a special marathon to help with COVID-19...

Scaling Your Automation? Why You Need Small Sprints Alongside Big Transformations

A Sneak Peak on Blockchain Technology