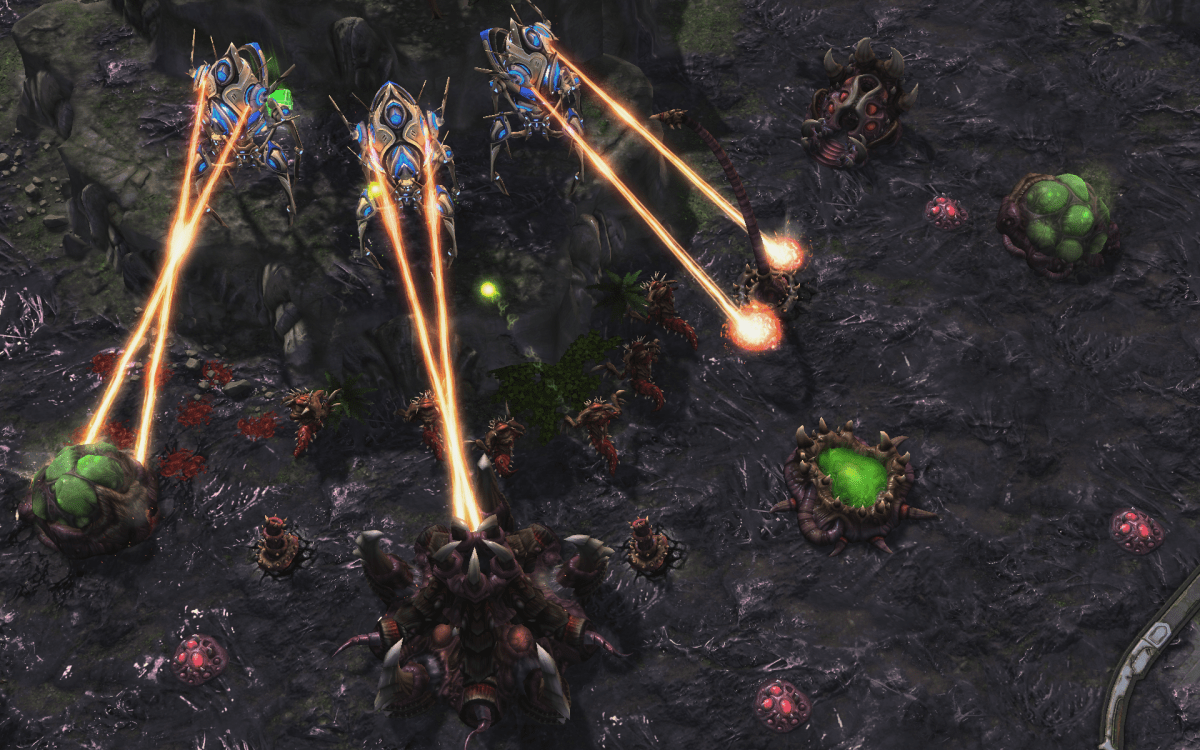 In 2014, Amazon bought Twitch.tv for an eye-popping $1 billion. The popular streaming platform now claims to have more than 100 million monthly users, suddenly giving people a platform for building their brand as a gamer and a streamer. From my experience building the esports broadcasting livestream ESV TV, I learned working as a streamer is just as much about how you engage millions of viewers as it is about your skills as a gamer.

Here are several tips for getting started as a streamer:

The No. 1 mistake streamers make when starting out is they feel obligated to stream the most popular games. Streaming is all about engagement, and overextending your experiences across a variety of popular games makes it almost impossible to get noticed. That’s why I recommend narrowing in and identifying your niche.

StarCraft II is where I got started. It’s not because it was the most popular game back then, but it’s the game that most interested me. I enjoyed playing it, so I wanted others to have that same experience. Later, when I mentored Choi “CranK” Jae Won for three years, I helped him discover his own niche within StarCraft II. We worked to have him stream playing on the U.S. server, which no one in South Korea was doing at the time. This presented a great opportunity for CranK to enter the English speaking esports realm. He eventually became one of the most popular StarCraft II streamers in the world, ranking No. 1 on the entire North American server.

So, before you go streaming all the popular games, recognize it can limit your level of engagement unless you’re the absolute best of the best. I’m not necessarily saying you need to find your Starcraft II, but streaming multiple, less mainstream games makes it easier to establish a lot of niche groups of followers. From there, you can try your hand at the big guns.

The key to engaging your audience is by being unique, interesting, consistent, and clear. Explain why you’re doing what you’re doing (such as completing a weekly challenge in Fortnite to unlock something) and your strategy behind achieving that goal. Strategy is key because it’s at the core of gaming. Develop your own formula and method for your approach and stick to it.

Dr. Disrespect is one streamer who has really taken being unique to a new level. He dresses up in an extreme, flight suit-esque costume with sunglasses. That may seem a bit over-the-top, but by creating the unique persona of “Dr. Disrespect” and sticking to it, he’s attracted millions of followers (and controversy as well). One thing to consider; before you go all in on a wacky persona, it’s a good idea to run your stream by a friend or family member who isn’t deep in the gaming community. Get their outsider’s perspective. The goal is for your stream to appeal to both niche and broad audiences.

Tyler Blevins is the prime example of this. Ninja, as he’s known in gaming, turned himself into the most popular streamer in the world by capitalizing on the Fortnite trend shortly after it launched in 2017. At the time, he only had 500,000 followers and streamed multiple different games. Ninja and Fortnite quickly grew alongside one another, with Ninja accumulating two million Twitch followers in the span of about six months. After streams, subscriptions, and eventually sponsorships started piling up, his family recognized how professional this really was turning out to be.

Despite his success, he told CNBC that he doesn’t see gaming skill alone as a viable career path for everyone, so it’s important not to drop everything and start gaming your tail off. Ninja made sure to do well in school and keep up with other extracurricular activities like playing soccer in order to diversify his interests and skills to make himself stand out.

The biggest mistakes streamers make when navigating sponsorships are lack of professionalism and diversified interests. As a gaming streamer there is an immediate misconception that maturity and professionalism are not top of mind. It’s up to you to smash that assumption by honing your skills and persona, and transforming yourself into a powerful brand. Back up professional behavior with a professional email address and corresponding social media channels. Keep them all equally professional in their content and style.

Most sponsorship managers won’t have time to research your social and website pages, so back up your pitch or proposal with numbers. Highlight how many followers you have and how many times your content has been viewed. Essentially, it’s a sales pitch. Give your proposal, present the numbers and show you’re unique and interesting. Consider yourself a brand and build yourself around that brand.

Many streamers aren’t able to break out beyond the gaming world. They may be a big deal among gamers but don’t transcend into the mainstream as a household name. Ninja is an exception because of the way he interacts with his followers and navigates sponsorships on more than just his Twitch streams. He broke the Twitch streaming record for concurrent views in 2018 by playing with the popular rapper, Drake. He engages across all of his social platforms. Like with any business, this gives your brand more reach and allows for more creativity and personality. When he was first starting out, his family often questioned whether he was spending too much time on his “craft.” Had Ninja not taken himself seriously, perhaps he wouldn’t be where he is today. Sponsors will look for something that separates you from the crowd, so it’s important to be unique across channels and to take yourself seriously so that others do the same.

Interacting with your audience is a great way to give people a reason to watch your stream. My stream, ESV TV, became a top 500 stream on Twitch.TV because of the stress we put on the quality of engagement. We optimized our streams during peak North American broadcasting hours and integrated more competitions with prizes and recognition. Viewers don’t want to be told to watch your stream, they simply want to enjoy it.

Consider this: If 80% of your stream is spent begging people to follow you, that only leaves 20% of time spent showcasing your flashy skills and engaging your audience. If you casually interact with your viewers instead, in a way that doesn’t break your speech pattern or make what you’re saying seem like a script, and you make sure to give recognition to your regulars, the audience will connect with you and keep coming back.

Consistency in your approach will also maximize viewership in the long run. Streamers who operate on a consistent schedule: Monday, Wednesday, and Friday night, for example — are much more likely to gain and retain followers than those who stream with no rhyme or reason. Treat yourself and your stream like a TV show — same time, same day. Skill is great, but unless you’re the best in the world at your chosen game, it will not carry you to success alone. This is especially important for streamers who are just starting out. Holding on to regular viewers will pay off not just with the number of followers you gain, but also the quality of engagement you earn. Having regular viewers makes your stream casual yet genuine, which viewers yearn for in the digital world.

Once you’ve established a community of regular followers through interactive engagement, it’s important you spend time figuring out who your audience base is and acknowledge the loyal regulars. Think of yourself as a celebrity, someone with whom everyone wants to have the chance to engage. Unlike other sports, streaming makes this engagement easier for fans and players, so make small talk with your followers and reward your biggest supporters. It’s important to show your supporters that you’re in it for their viewing pleasure just as much as your own gaming expertise. This goes back to helping you develop a persona — much like with Ninja or CranK — that can boost your popularity over time.

Becoming a streamer can be intimidating, but if it’s your passion these tips will help set you up for success. Are you ready to get started?

How to Collect Voicemail Through Your Website with SpeakPipe