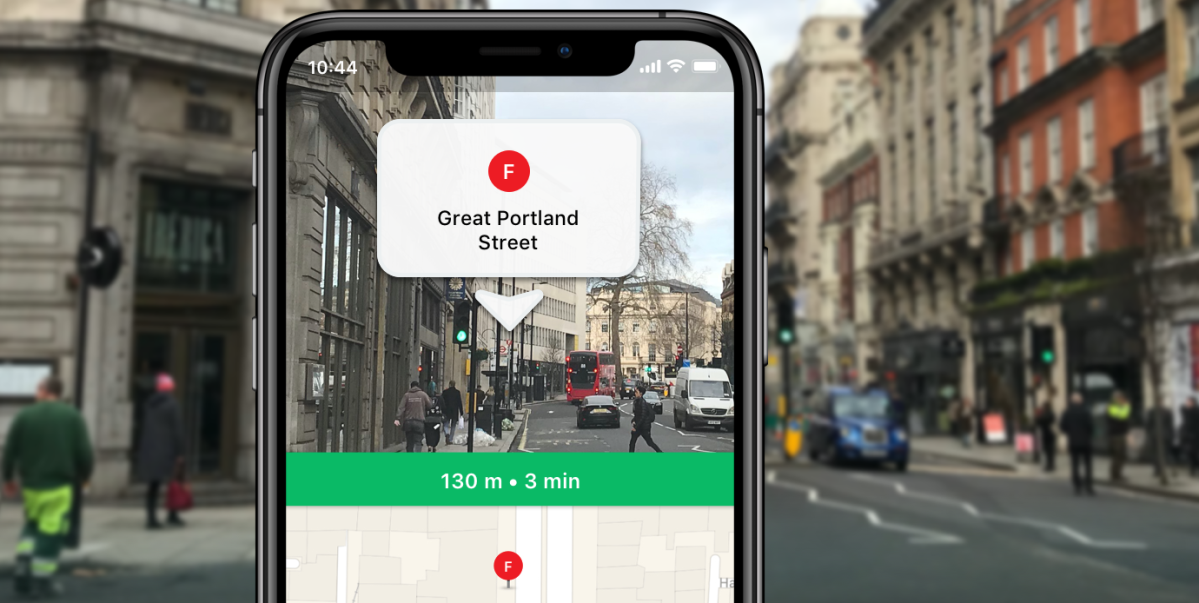 Navigation and transit app provider Moovit is introducing new augmented reality (AR) smarts to its mobile app, making it easier for users to find stops and stations visually — without relying purely on a map.

While part of Moovit’s business entails licensing ts back-end platform to third-parties, the company — which claims around 500 million users globally — is best known for its consumer-facing app that combines transport options to show travelers the easiest way to get around a city.

The concept of AR-powered navigation is not entirely new, and the mighty Google itself launched Google Maps AR navigation last year, serving as a “heads-up mode” that provides visual directions through users’ phone cameras.

In a similar vein, Moovit’s new way finder feature helps guide users visually through their device’s camera, except its implementation has been designed specifically with public transport in mind.

The general idea is this: someone on vacation who is using Moovit to get to a major tourist attraction may disembark their bus and have to walk 50 yards to the subway station. Except, it’s not entirely clear from looking at the map which side of the road the station entrance is, and what direction they’re supposed to head. And that is what way finder essentially hopes to solve.

To active way finder, the user has to initiate live directions by tapping the navigate button after inputting the destination. They hit the blue way finder button, and then by tilting their phone vertically upwards, the Moovit map switches to a split-screen mode that shows exactly where the person needs to go to catch their next train or bus.

This helps to highlight one of the key differences between Moovit’s AR navigation and the Google Maps incarnation. Google’s is geared more toward walking, while Moovit is for those using public transport — it includes relevant data overlaid on the live camera view, including the name and location of the bus stop or station. 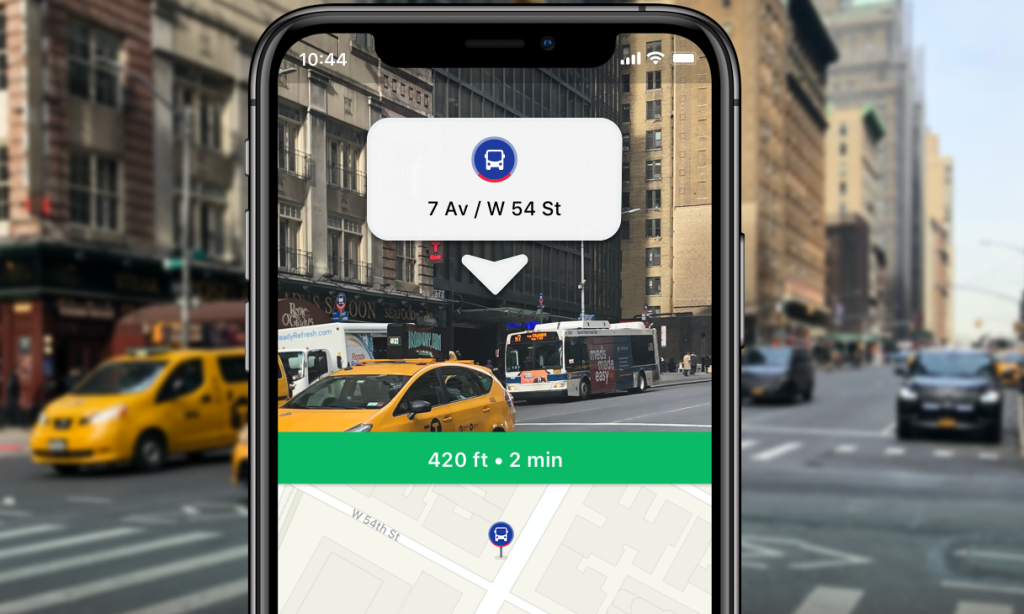 Using a map when trying to figure out positions and locations on an unfamiliar busy thoroughfare is a challenge, often leading people in the wrong direction or onto the wrong side of the road. And that, ultimately, is what Moovit is addressing with way finder — it could save commuters or tourists valuable minutes and avoid missing their connections.

The genesis for way finder was a jokey Facebook post from a user several months back, that said: “A feature that I need for Moovit: Cross the street, stupid. This isn’t the right side.” And so Moovit took this sentiment into one of its biannual hackathons, where it began work on this AR feature.

“Getting around in an unfamiliar place can be quite frustrating and inconvenient,” noted Moovit’s head of growth and marketing officer Yovav Meydad. “We are so proud that our team took what began as a very creative hackathon project to solve a users’ needs, to new heights and really drove Moovit’s evolution to the next level. Way Finder makes getting to any destination a better experience, and further helps us in our mission to simplify urban mobility.”

Way finder is available in beta now inside the Moovit iPhone app, where it must be manually activated through the Labs section in settings. The company told VentureBeat that it will also be arriving in the Android version soon.

Q&A with Ivan Landen, CEO, Blue Wireless – The IoT and Enterprise Opportunity for...